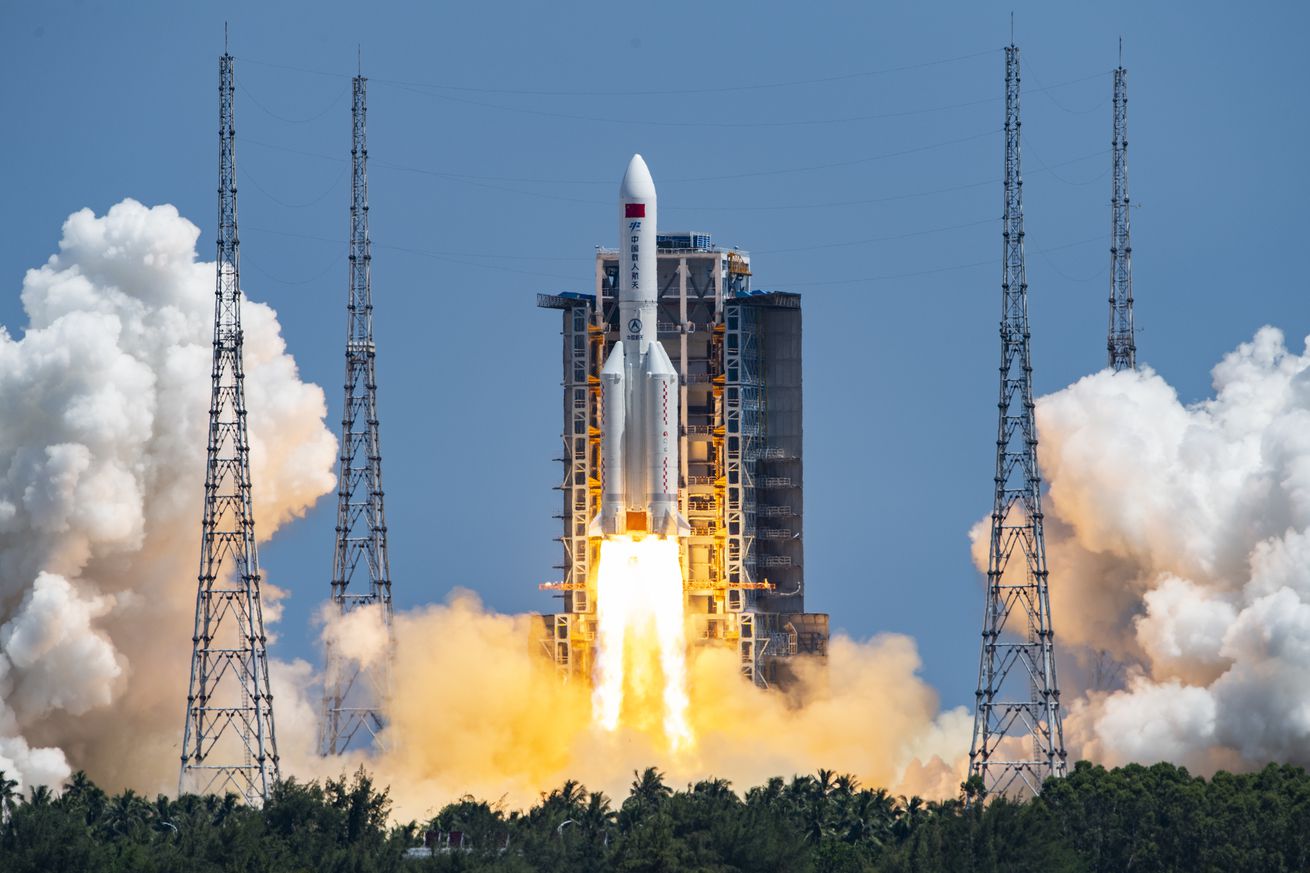 A Long March 5B rocket with the Wentian module takes off from Wenchang Spacecraft Launch Site. | Photo by Hou Yu/China News Service via Getty Images

The Wentian module contains equipment that allows the Chinese astronauts, also known as taikonauts, to perform various scientific experiments during their time on the station. As noted by The New York Times, the additional module will also provide three extra spaces to sleep, as well as another airlock that crewmembers can use to conduct spacewalks.

Watch this footage of #Wentian docking….