If Trump Wins in 2024, Christian Nationalism Could Reign Supreme in Government 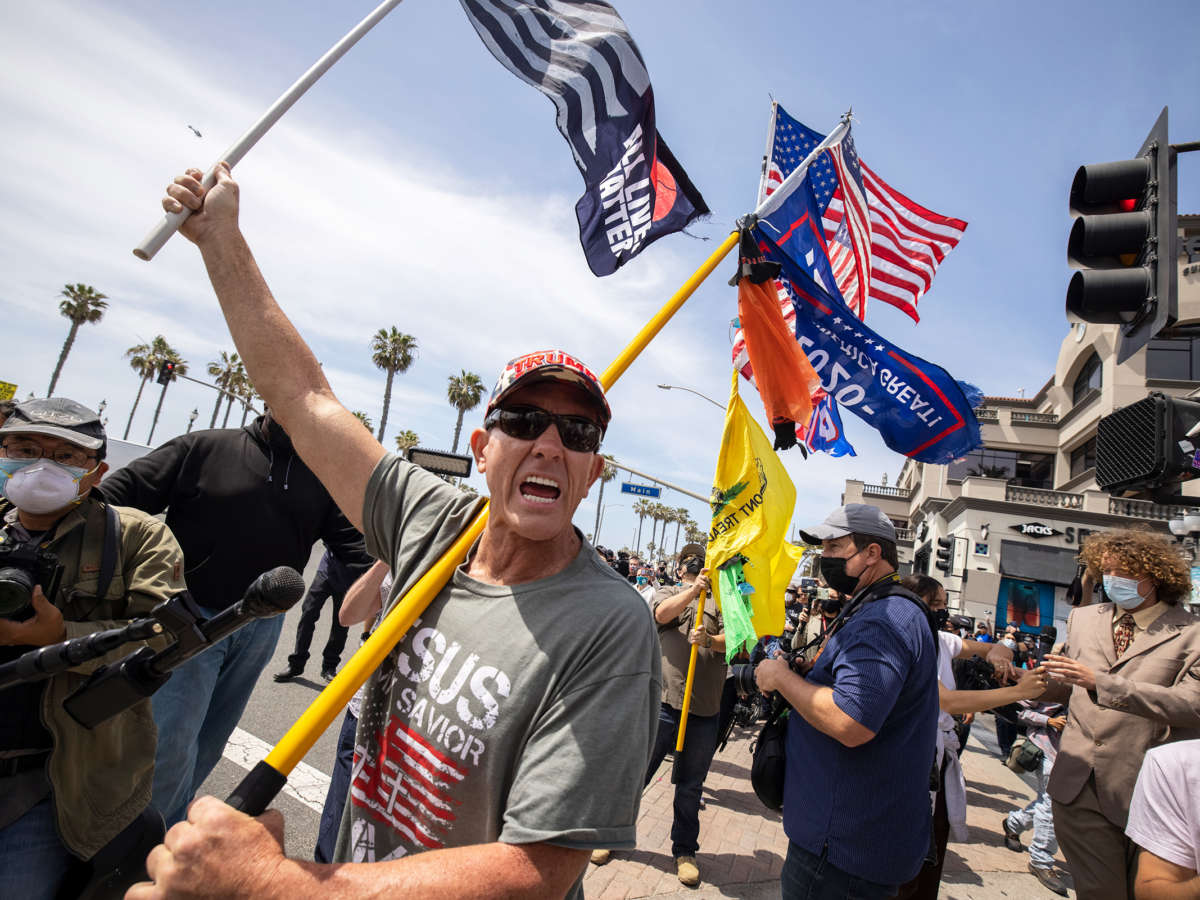 In the Movie Star Wars: Revenge of the Sith, evil Emperor Palpatine transmits a message to all stormtrooper commanders: “Execute Order 66.” Immediately, the troopers begin slaughtering Jedi wherever they find them, and the massacre spans the galaxy. Only a few escape, Yoda being one, and when it is all over, the Jedi have essentially ceased to exist.

A similar idea appears to have been rattling around in the gumball machine that is Donald Trump’s mind since the second half of his tenure. It is an executive order they call “Schedule F,” which Trump first signed in October of 2020 after his team compiled it in secret. President Biden rescinded the order shortly after taking office, but Trump has made it clear that Schedule F would be central to his first 100 days in office if he wins in 2024.

Schedule F involves nothing less than the obliteration of vast swaths of the federal workforce, who would reportedly be replaced by employees loyal to Trump and his madding MAGA horde. It is the realization of Steve Bannon’s war on the administrative state, combined with Trump’s apparently bottomless need to inflict chaotic pain in the name of revenge, and would damage the function of the federal government for generations.

There is always a certain amount of employee turnover from one administration to the next; some 4,000 jobs are considered “political,” or are part of the spoils system victorious politicians and parties use to reward loyalty. Recall in March 2017, when Trump ordered then-Attorney General Jeff Sessions to fire 46 United States attorneys. This was an abrupt move, but not unprecedented; my own father was a U.S. attorney in Alabama, a Clinton appointee, and he got broomed out when George W. Bush took office in 2001. More recently, “The Biden administration will begin removing all Senate-confirmed U.S. attorneys appointed during the Trump administration, with two exceptions,” NBC News reported in February 2021.

This is not that, as Axios’s Jonathan Swan has meticulously explained:

Former President Trump’s top allies are preparing to radically reshape the federal government if he is re-elected, purging potentially thousands of civil servants and filling career posts with loyalists to him and his “America First” ideology, people involved in the discussions tell Axios. The impact could go well beyond typical conservative targets such as the Environmental Protection Agency and the Internal Revenue Service. Trump allies are working on plans that would potentially strip layers at the Justice Department — including the FBI, and reaching into national security, intelligence, the State Department and the Pentagon, sources close to the former president say….

They intend to stack thousands of mid-level staff jobs. Well-funded groups are already developing lists of candidates selected often for their animus against the system — in line with Trump’s long-running obsession with draining “the swamp.” This includes building extensive databases of people vetted as being committed to Trump and his agenda. The preparations are far more advanced and ambitious than previously reported. What is happening now is an inversion of the slapdash and virtually non-existent infrastructure surrounding Trump ahead of his 2017 presidential transition.

These groups are operating on multiple fronts: shaping policies, identifying top lieutenants, curating an alternative labor force of unprecedented scale, and preparing for legal challenges and defenses that might go before Trump-friendly judges, all the way to a 6-3 Supreme Court.

There are certainly arguments to be made in favor of streamlining the massive federal government bureaucracy, notwithstanding Ronald Reagan’s poisoned rhetoric about government being the problem; that line of his has been a plague upon the land since he dropped it, but the idea of increased efficiency is not terrible on its face.

Besides Trump himself, who would stand to benefit most from such a massive governmental power grab? The answer lies out in the hustings, all the places where loyalty to Trump is not only the coin of the realm, but an actual religious obligation. Insider reports:

A CNN report published Sunday asserts an even darker side to the ideology, claiming Christian nationalists use theology to justify sexism and racism as a means to attain an ideal White Christian America. The report said such ideas were becoming increasingly common in churches around the nation. After Trump supporters who stormed the Capitol on January 6, 2021, carried crosses or invoked theology to justify their actions, some argued the insurrection also represented a “Christian revolt.”

Donald Trump has mastered the art of speaking to the core beliefs of this growing segment of extremist Christianity. “We will not break, we will not yield, we will never give in, we will never give up, we will never, ever, ever back down,” he told a worshipful crowd of young conservatives in Tampa on Saturday. “As long as we are confident and united, the tyrants we are fighting do not stand a chance. Because we are Americans and Americans kneel to God, and God alone.”

“As young conservatives met inside the Tampa Convention Center,” reports ABC News, “a small group of Nazi supporters showed up outside, holding up racist imagery and shouting racial epithets at passersby. The group held up a red Nazi swastika flag, one with the SS logo on it, a Florida state flag, and other signs, including anti-semitic images on posters.”

Those clowns should stop showboating and get their resumes in order. If Trump wins in 2024, there could be big government job opportunities for people who believe Jesus signed the Declaration of Independence and the swastika is a Christian symbol. The rest of us, I imagine, will be headed for the hills just like Yoda.