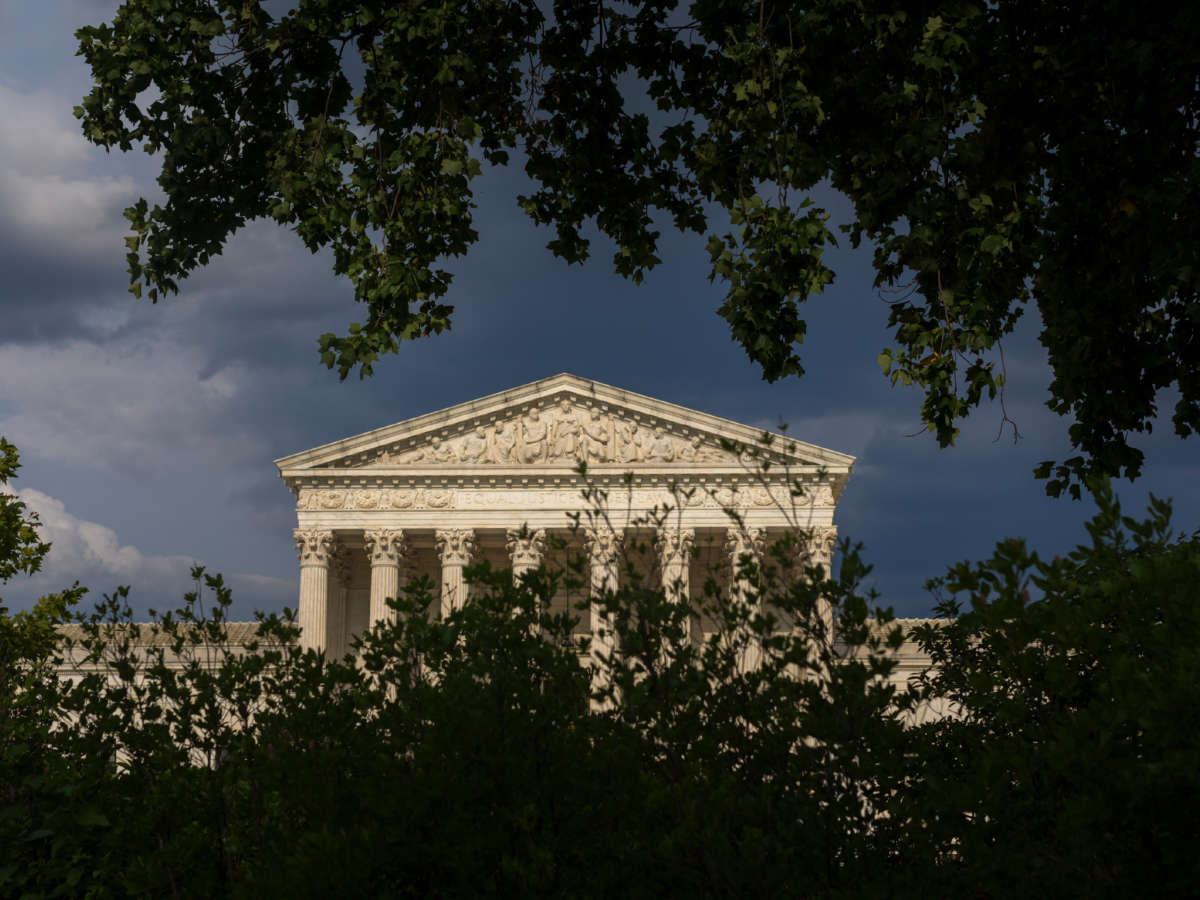 In reaction to the recent onslaught of extremist rulings by far right Supreme Court justices, a group of Democrats introduced a bill on Tuesday that would place term limits on the Supreme Court in order to “restore legitimacy” to the institution.

The bill, introduced by Rep. Hank Johnson (D-Georgia) in the House and Sen. Sheldon Whitehouse (D-Rhode Island) in the Senate, would establish 18-year terms for Supreme Court justices. The president would nominate a justice every two years, in the first and third years after a presidential election.

The lawmakers say that the bill is crucial to combat the Supreme Court’s rapidly eroding legitimacy and to restore public confidence in the institution. Public confidence in the Supreme Court has sunk to record lows after the Court’s far-right majority handed down a series of right-wing decisions in June, including overturning Roe v. Wade, which unleashed dangerous abortion bans across the country. The bill, named the Supreme Court Tenure Establishment and Retirement Modernization (TERM) Act, has six cosponsors, including Rep. Ro Khanna (D-California).

“Five of the six conservative justices on the bench were appointed by presidents who lost the popular vote, and they are now racing to impose their out-of-touch agenda on the American people,” Johnson, chair of the House Judiciary Subcommittee on Courts, Intellectual Property and the Internet, said in a statement. “Term limits are a necessary step toward restoring balance to this radical, unrestrained majority on the court.”

The bill also has the support of Rep. Jerrold Nadler (D-New York), the chair of the House Judiciary Committee, who said that the bill is “essential.” Without term limits, “we will be left with [a] backwards-looking majority for a generation or more,” Nadler said.

After a justice’s 18 years on the court, they would move to a lifetime “senior” status, in which they would retain their pay and perform certain official duties; this is the same option currently offered to justices if they choose to retire. If there were an unscheduled vacancy among the Court’s nine seats — whether the result of death, illness, or otherwise — the justice that most recently moved to senior status would temporarily fill the role.

Government watchdogs have long called for Supreme Court reforms, including implementing term limits and increasing the number of justices; even justices themselves have said that term limits would be prudent and help reduce corruption in the Court. Advocacy groups say that term limits would help depoliticize the process of confirming a justice and the Court itself, while also potentially preventing extremist takeovers of the Court, like the one that has taken place in recent years.

This bill is one of a slew of suggestions from Democrats to reform the Supreme Court. Democrats have also called for justices to be investigated for potential impeachment in response to the Roe overturn and the wide array of other authoritarian decisions that the Court has handed down in recent months.

In May, Sen. Elizabeth Warren (D-Massachusetts) and Rep. Pramila Jayapal (D-Washington) introduced the Judicial Ethics and Anti-Corruption Act, which would ban federal judges from trading individual stocks and bind the Supreme Court to a code of ethics. The Supreme Court is the only federal court that isn’t bound by law to an ethics code.

Democrats have also introduced bills to add four seats to the Supreme Court, which would bring the total number of justices to 13. They argue that Republicans have hijacked the Court and that expanding it would be a common-sense way to combat the extremism that has infiltrated the institution.

Supreme Court reforms are popular among the American public. Shortly after the Dobbs v. Jackson ruling to end federal abortion protections was handed down last month, a Politico/Morning Consult poll found that 69 percent of Americans agree that justices should be bound to an ethics code, while 62 percent support implementing term limits. The poll also found that a plurality of respondents support expanding the Supreme Court, at 45 percent.