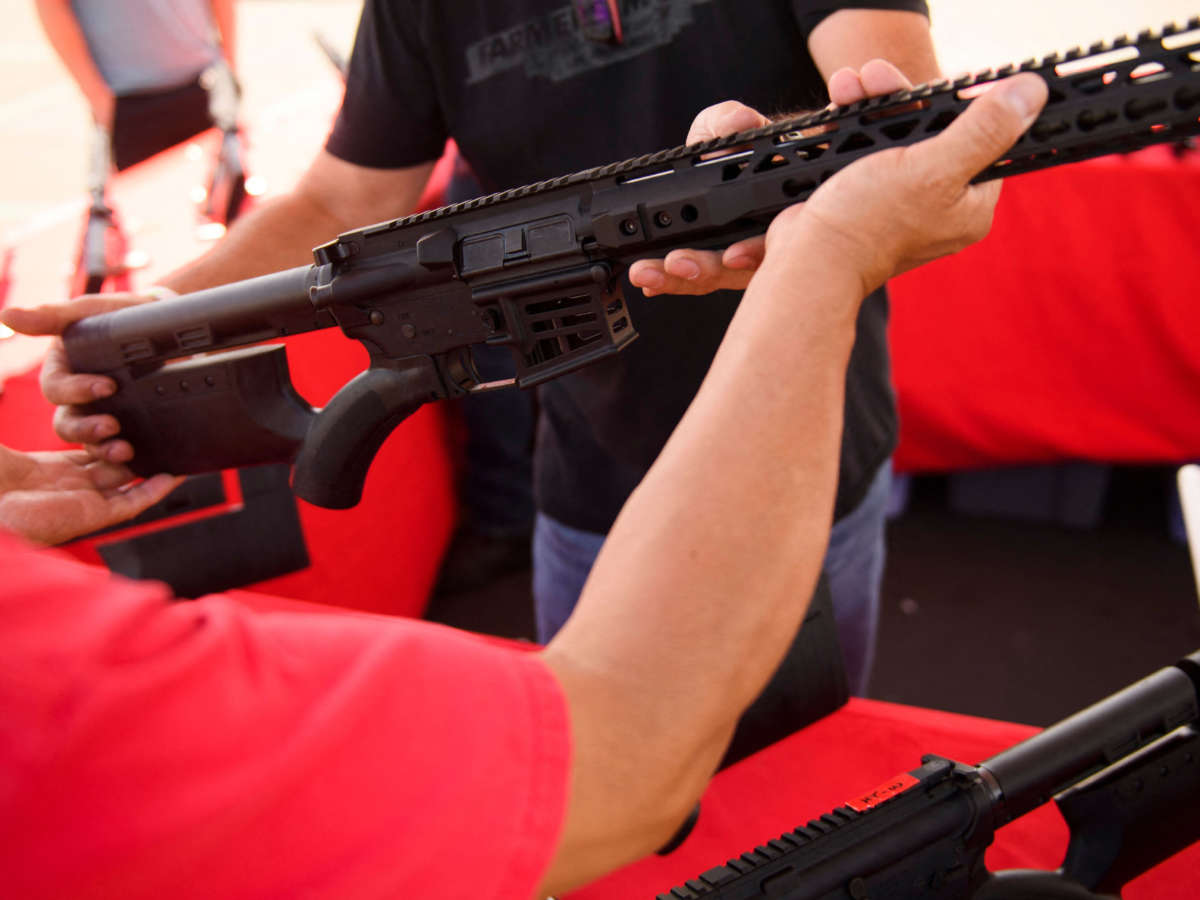 Major gun companies that manufactured the weapons behind many mass shootings made over $1 billion in revenue over 10 years, selling hundreds of thousands of assault weapons to the public each year, according to a new report from House investigators released on Wednesday.

“How much are the lives of America’s children, teachers, parents, and families worth to gun manufacturers?” said Oversight Committee Chair Rep. Carolyn Maloney (D-New York) in a statement. “These companies are selling the weapon of choice for mass murderers who terrorize young children at school, hunt down worshippers at churches and synagogues, and slaughter families on the Fourth of July. In short, the gun industry is profiting off the blood of innocent Americans.”

“Materials obtained by the Committee show how sellers tout assault rifles’ military pedigree” while manufacturers “make sly references to violent white supremacists like the Boogaloo Boys,” lawmakers wrote. Such weapons can often be purchased on credit, with Daniel Defense bragging that financing is approved “in seconds,” the report finds.

These companies made the guns behind a slew of mass shootings, the report says.

Daniel Defense, whose revenue from AR-15-style weapons tripled from $40 million to $120 million between 2019 and 2021, made the rifle that was used to kill 19 children and two teachers at Robb Elementary School in Uvalde, Texas. Investigators also found that the shooter who carried out the deadliest mass shooting in modern history, the 2017 shooting in Las Vegas, had four Daniel Defense-manufactured guns in his collection.

Smith & Wesson, which was the second largest manufacturer of rifles in the U.S. in 2020, sold the assault weapons used in the mass shooting in Highland Park, Illinois, earlier this month, the 2018 massacre at Marjory Stoneman High School in Parkland, Florida, and the 2015 shooting at a social services center in San Bernardino, California. The company more than doubled its revenue from all long guns, including AR-15-style rifles, between 2019 and 2020 — from $108 million to $253 million.

Sig Sauer, which did not disclose its revenue, sold the assault weapon that was used to massacre 49 people and injure 53 others at the gay nightclub Pulse in Florida in 2016, the nation’s second deadliest shooting in modern history. It also sold three of the weapons used by the shooter in the 2017 Las Vegas mass killing.

Sturm, Ruger & Company, the largest rifle maker in the U.S., made the AR-15-style rifle and pistols that were used in mass shootings at a supermarket in Boulder, Colorado, in 2021, and at a church in Sutherland Springs, Texas, in 2017, which was the deadliest shooting in Texas at the time. Ruger’s gross earnings from AR-15-style rifles nearly tripled between 2019 and 2021, from $39 million to $103 million.

Finally, Bushmaster, which claimed it couldn’t report its revenue because it was recently bought by another company, made the gun that a white supremacist used to kill 10 people and injure three others in May at a supermarket in a majority Black neighborhood in Buffalo, New York. A Bushmaster assault weapon was also used in the mass shooting in Newtown, Connecticut, in 2012, when a shooter opened fire on children in Sandy Hook Elementary School — the deadliest school shooting in U.S. history.

The manufacturers all say that they have no way to collect and report safety data, including deaths or injuries, related to their products. Bushmaster went so far as to say that it was “aware of no such deaths or injuries” due to its recent acquisition by another brand.

These spikes in revenues follow longstanding trends finding that gun sales peak following civil unrest, elections and mass shootings. Gun manufacturers not only acknowledge these patterns, but also market them as sales opportunities to investors, the report says.

The report was released before an Oversight Committee hearing on the role of gun manufacturers in gun violence in the U.S., one in a series of hearings by the group to investigate the gun violence epidemic.

It comes as lawmakers are considering an assault weapons ban, which recently passed a committee vote in the House. Data shows that assault weapons bans are effective in preventing gun violence; research has found that, after President Bill Clinton signed an assault weapon ban in 1994, mass shootings and gun deaths fell precipitously in the 10 years that the ban was active. But after lawmakers allowed the ban to end in 2004, mass shootings and gun deaths both roughly doubled.