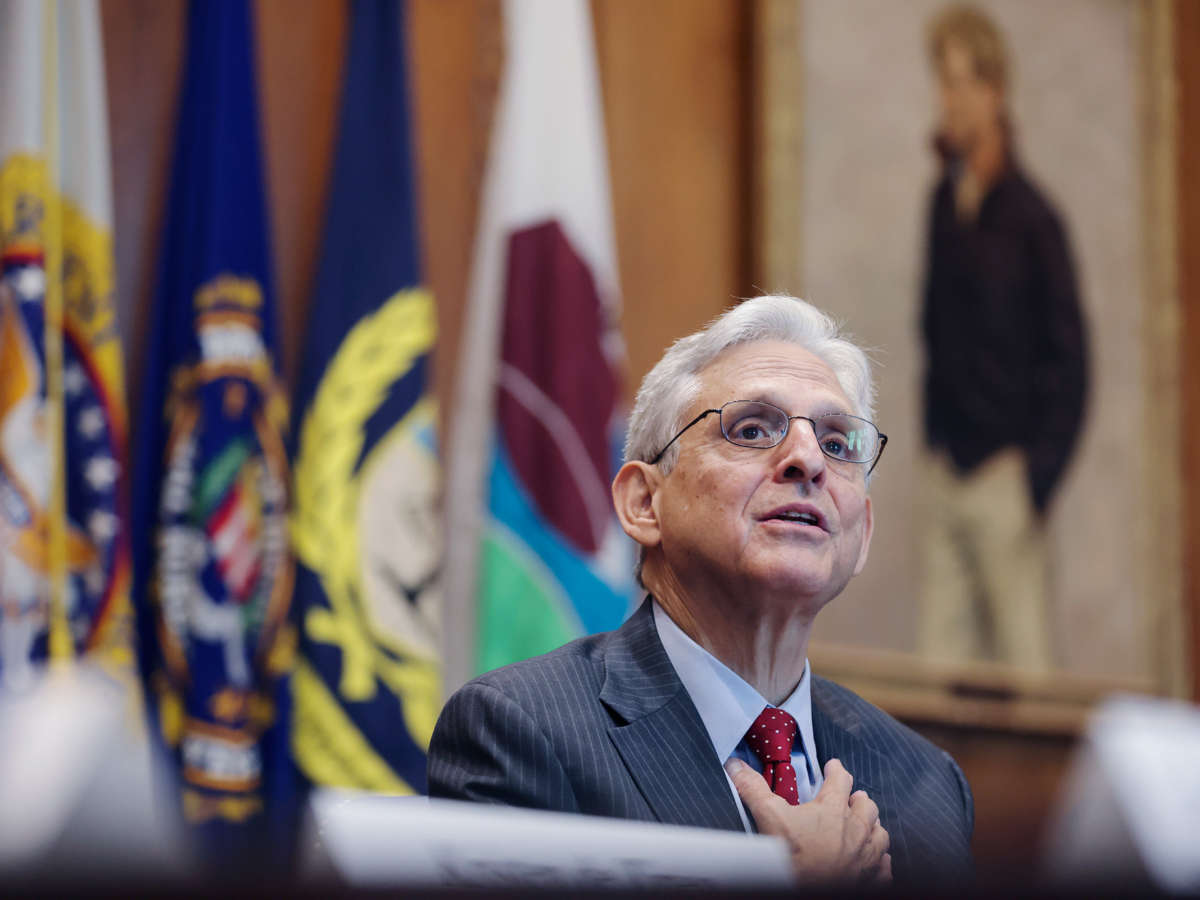 During a Sunday interview with Lester Holt of NBC News, Attorney General Merrick Garland did his best impression of Sam, the hyper-patriotic all-business eagle from The Muppet Show. “We pursue justice without fear or favor,” said Garland. “We intend to hold everyone, anyone who was criminally responsible for events surrounding January 6, or any attempt to interfere with the lawful transfer of power from one administration to another, accountable. That’s what we do. We don’t pay any attention to other issues with respect to that.”

Garland certainly sounded like a man Donald Trump should be concerned about, and yet the interview yielded a near-universal “meh” from those who have been following the investigations into the Capitol attack. Nothing Garland said on Sunday was sufficient to disabuse anyone of the notion that the 1/6 House Select Committee appears to be running laps around a somnambulant Justice Department.

Recent reports that Justice was surprised by revelations brought forth by the House investigation did little to bolster confidence. Garland’s stout proclamations on Sunday, to borrow a line from Abraham Lincoln, fell on the audience like a wet blanket.

What a difference a few days make. In what I overwhelmingly suspect was no accident of timing, both The New York Times and Washington Post just delivered blazing new reports on the state of the Justice Department’s 1/6 investigation.

The Times: “Federal prosecutors have directly asked witnesses in recent days about former President Donald J. Trump’s involvement in efforts to reverse his election loss, a person familiar with the testimony said on Tuesday, suggesting that the Justice Department’s criminal investigation has moved into a more aggressive and politically fraught phase.”

The Post: “The Justice Department is investigating President Donald Trump’s actions as part of its criminal probe of efforts to overturn the 2020 election results, according to four people familiar with the matter. Prosecutors who are questioning witnesses before a grand jury — including two top aides to Vice President Mike Pence — have asked in recent days about conversations with Trump, his lawyers, and others in his inner circle who sought to substitute Trump allies for certified electors from some states Joe Biden won.”

Not to be outdone, ABC News dropped a significant brick of its own: “Cassidy Hutchinson, a former top adviser to then-President Donald Trump’s chief of staff Mark Meadows, has recently cooperated with the Department of Justice investigation into the events of Jan. 6, according to sources familiar with the matter. The Justice Department reached out to her following her testimony a month ago before the House committee investigating the Jan. 6 Capitol attack, the sources said.”

According to the Times and Post, Justice Department investigators appear to be focusing intently on dual avenues of inquiry: (1) that Trump and his people may have committed seditious conspiracy and conspiracy by formulating an attack on Congress; (2) that Trump and his people may have committed fraud in pursuit of their “fake electors” scheme to send illegitimate elector slates to Vice President Pence on Jan. 6. Pressuring the Justice Department to claim the election was tainted could also amount to fraud. Hutchinson’s involvement in the investigation is also significant, as she was by far the most compelling witness before the House Select Committee.

These reports also serve to underscore the recent testimony of Marc Short, Pence’s chief of staff, and Greg Jacob, Pence’s counsel. Both were present at the Jan. 4 meeting where Trump leaned hard into Pence to try to convince him to jump on board with the fake electors scam. Pence’s ultimate refusal to do so two days later stands as a fulcrum moment in U.S. history.

This is an entirely different game, and it might just be for keeps.

A separate Times report shined a bright light on the absurdity – and brazen illegality — of the electors scheme, using the emails of the perpetrators to do so. “Previously undisclosed emails provide an inside look at the increasingly desperate and often slapdash efforts by advisers to President Donald J. Trump to reverse his election defeat in the weeks before the Jan. 6 attack,” reads the report, “including acknowledgments that a key element of their plan was of dubious legality and lived up to its billing as ‘fake.’”

Never-Trumper Republican lawyer George Conway noted on Twitter, “If you had asked me to hypothesize, for illustrative purposes, a set of emails that prosecutors would find helpful in proving a fake-elector fraud conspiracy, I would not have come up with anything nearly as incriminating as the emails that the Times just reported on today.”

So there’s all that, which is a whole lot. Nobody at Justice has come out and directly said Trump is under criminal investigation, and the question of whether Garland will do anything before the 2022 elections remains open, but the attorney general and his pals in the news just dropped a big “ssshhhh” on everyone who’s been worried they’ve just been playing Solitaire up at the Kennedy Building this whole time. This is an entirely different game, and it might just be for keeps.