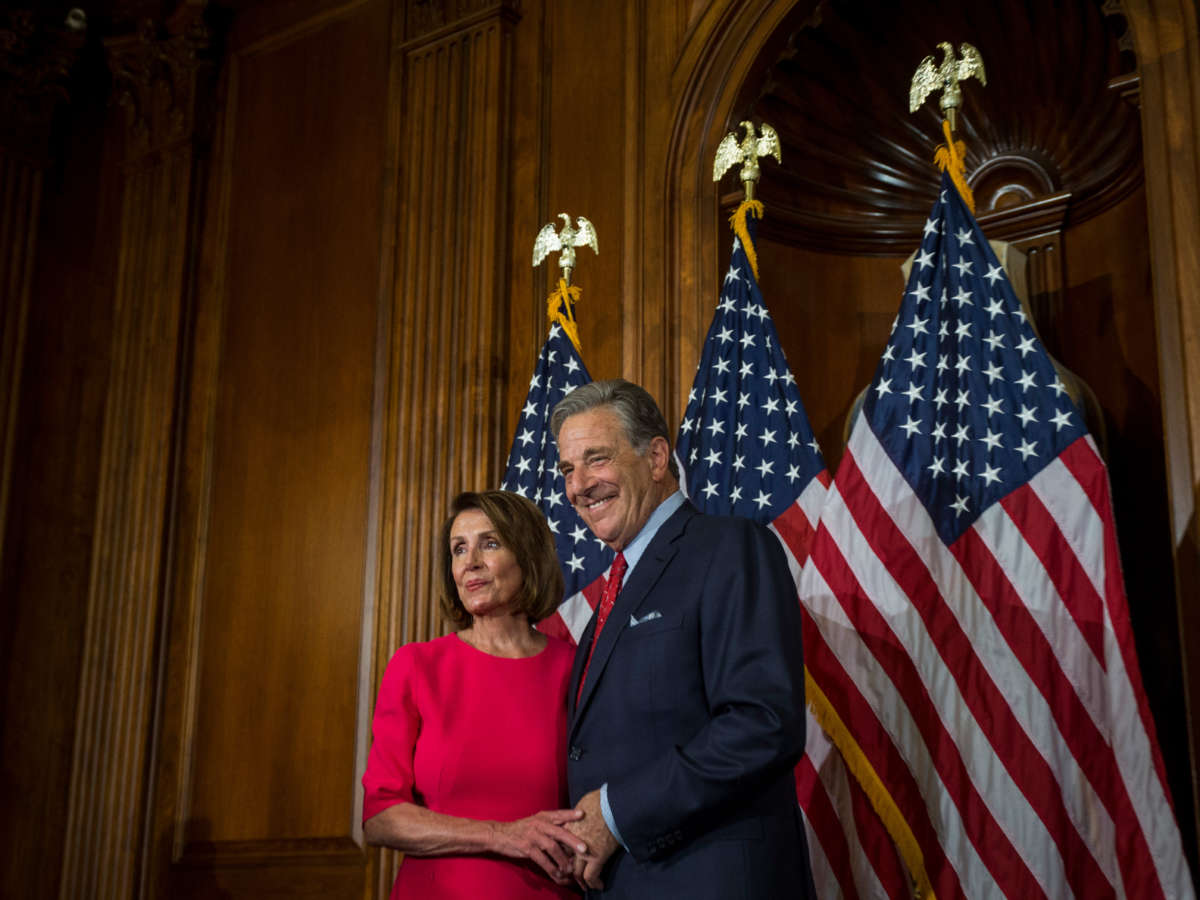 Just before the Senate passed a major bill to subsidize computer chip manufacturers on Wednesday, House Speaker Nancy Pelosi’s (D-California) husband sold thousands of shares of Nvidia — a tech company that could stand to gain from the passage of the nearly $80 billion bill.

Paul Pelosi — an extremely active stock trader who’s gained a following for his often-winning stock transactions — bought between $1 million and $5 million in Nvidia in June, as the Senate debated the bill. Then, on Tuesday, the same day that the “CHIPS-plus” bill cleared a key procedural vote, Paul Pelosi sold 25,000 shares of Nvidia stock, worth an estimated $4 million.

The financial disclosure filed by Nancy Pelosi notes that her husband sold the shares at a loss of $341,365 — an unusual thing for the lawmaker to note on a disclosure statement, Insider pointed out. The publication finds that, thanks in part to her husband’s tradings, Nancy Pelosi is worth about $46 million. Other publications estimate the couple’s net worth to be upwards of $171 million.

It’s unclear if Nvidia will benefit directly from the bill, which was opposed by lawmakers like Sen. Bernie Sanders (I-Vermont). Computer chip manufacturers had lobbied for the bill to pass, but Nvidia largely does not manufacture its own chips.

Regardless of Nvidia’s stake in the package, however, its stock was up earlier this month as CHIPS-plus advanced through the Senate; last week, Seeking Alpha reported that Nvidia was one of the biggest gainers after the bill cleared its first procedural vote. Meanwhile, as Nancy Pelosi voiced her support for the bill last week, the stock price rose by over 3.5 percent.

Paul Pelosi’s trades have resulted in increased scrutiny for the House speaker, who has demurred on popular proposals with bipartisan support to ban members of Congress and their family members from trading individual stocks.

If Paul Pelosi has traded stocks based on information that his wife had special notice of because of her position as a prominent lawmaker, it could constitute insider trading and violate federal anti-corruption laws. Nancy Pelosi recently denied that her husband has ever used privileged information to trade stocks.

Advocates of a congressional stock trading ban say that the measure could end the need to scrutinize lawmakers over conveniently-timed stock trades and would be a major step toward combating corruption in Congress; Rep. Alexandria Ocasio-Cortez (D-New York) warned earlier this year that allowing members of Congress to trade stocks is also a major optics issue for Congress and other government institutions, which are already facing decreasing public confidence.

Both Democratic and Republican members have repeatedly pushed for a stock trading ban, but Nancy Pelosi may be blocking the proposal from coming to a vote.

According to The Daily Beast, some lawmakers are saying that the reason the bill hasn’t yet come to a vote despite lawmakers having discussed it for months now is because the speaker is opposed to the idea. “The people who control the calendar don’t want to bring it to the floor,” said Rep. Abigail Spanberger (D-VA), a cosponsor of one of the stock trading ban bills recently introduced in Congress. “The people who control committees of jurisdiction don’t want to bring it to the floor.”

Indeed, the California Democrat has been lukewarm about the measure. Late last year, Pelosi said that she opposed the proposal because the U.S. is a “free market economy” and that members “should be able to participate in that.” A month later, she made a slight shift to her position and said that, while she doesn’t “buy into it,” she would be open to passing a ban “if members want to.”

The idea is popular among the public. A poll last month found that about 70 percent of likely voters say they support efforts to ban Congress from trading individual stocks and 68 percent support also barring members’ spouses from the practice.