Sanders: Democrats’ Drug Pricing Plan “Goes Nowhere Near as Far as It Should” 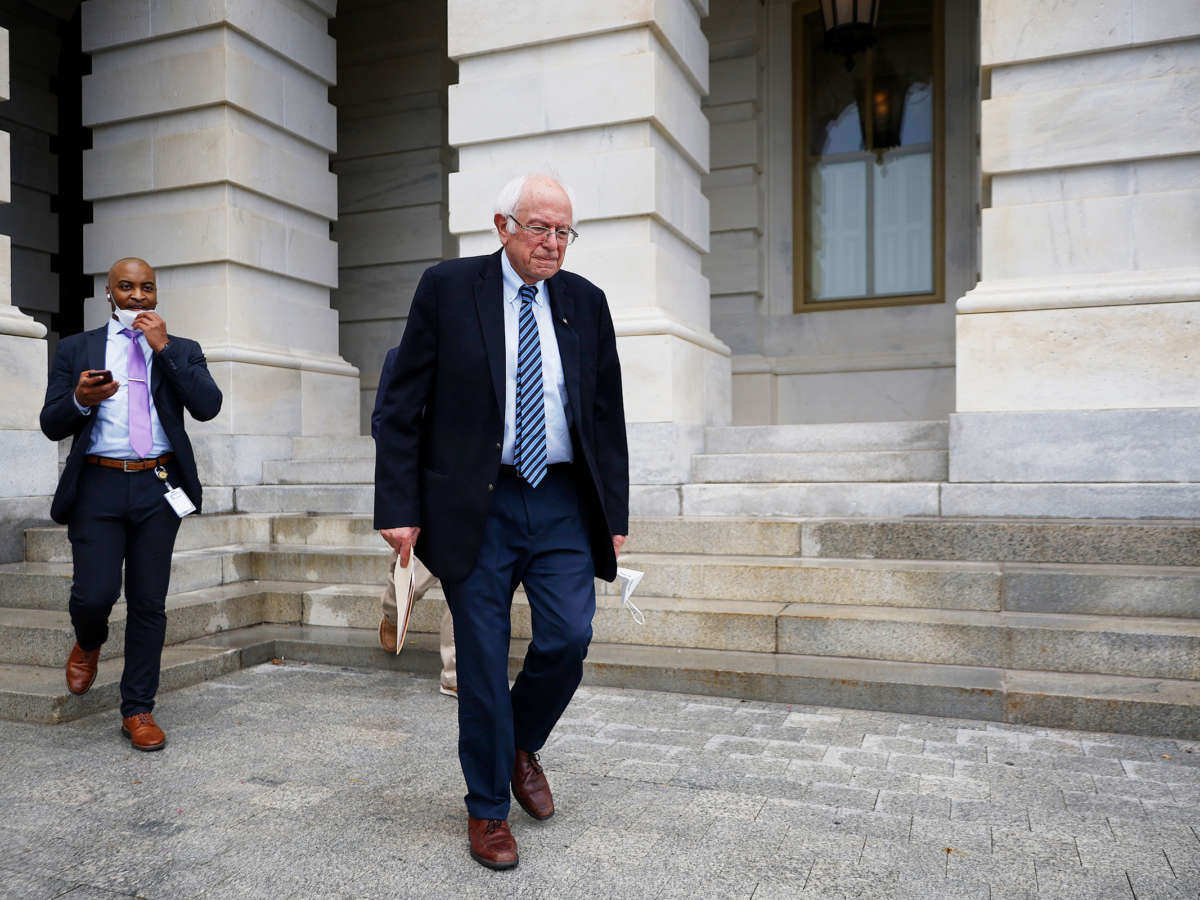 “It’s a very weak proposal. It goes nowhere near as far as it should,” Sanders (I-Vt.) told NBC News’ Sahil Kapur.

The deal unveiled earlier this month would enable Medicare to negotiate the prices of a limited number of prescription drugs. Other provisions include creating a $2,000 out-of-pocket cap for Medicare Part D beneficiaries, stopping brand-name manufacturers from blocking generic options, and penalizing companies that raise prices faster than inflation.

The plan is notably backed by Sen. Joe Manchin (D-W.Va.) — who last year blocked a House-approved budget reconciliation package and said this month that he wouldn’t support new climate spending or tax hikes on the rich and large corporations.

Sanders, who pushed for a sweeping package last year and has long been a leading Medicare for All advocate, pointed to the U.S. Department of Veterans Affairs (VA) as a model for drug price negotiation.

“The American people want Medicare to negotiate prescription drug prices like the VA does,” the senator said Tuesday, according to The Hill.

“The VA has been doing that for decades. The prices they pay are about half as much as Medicare. This thing will only apply to a certain number of drugs,” Sanders continued, noting that parts of the proposal would not take effect until 2026.

“So it’s a weak proposal. Is it better than nothing? I suppose,” he added of Democrats’ plan.

Don’t expect Bernie Sanders to scuttle the drug pricing reconciliation bill even though he thinks it’s weaker than it should be. I wrote in Feb. 2020 about Bernie’s long and secret history as a pragmatic legislator, which contradicts his image as a purist. https://t.co/cB3HodHe6n

Sanders also took aim at industry lobbying, specifically calling out the trade group Pharmaceutical Research and Manufacturers of America (PhRMA). As he put it: “We’re dealing with the power of PhRMA over the Congress. They don’t lose very often.”

“Pharma is spending millions to defeat a very modest drug pricing bill,” Sanders tweeted Friday. “Joe Manchin, who is blocking climate action, is the major recipient of fossil fuel campaign contributions. This is how a corrupt political system works.”