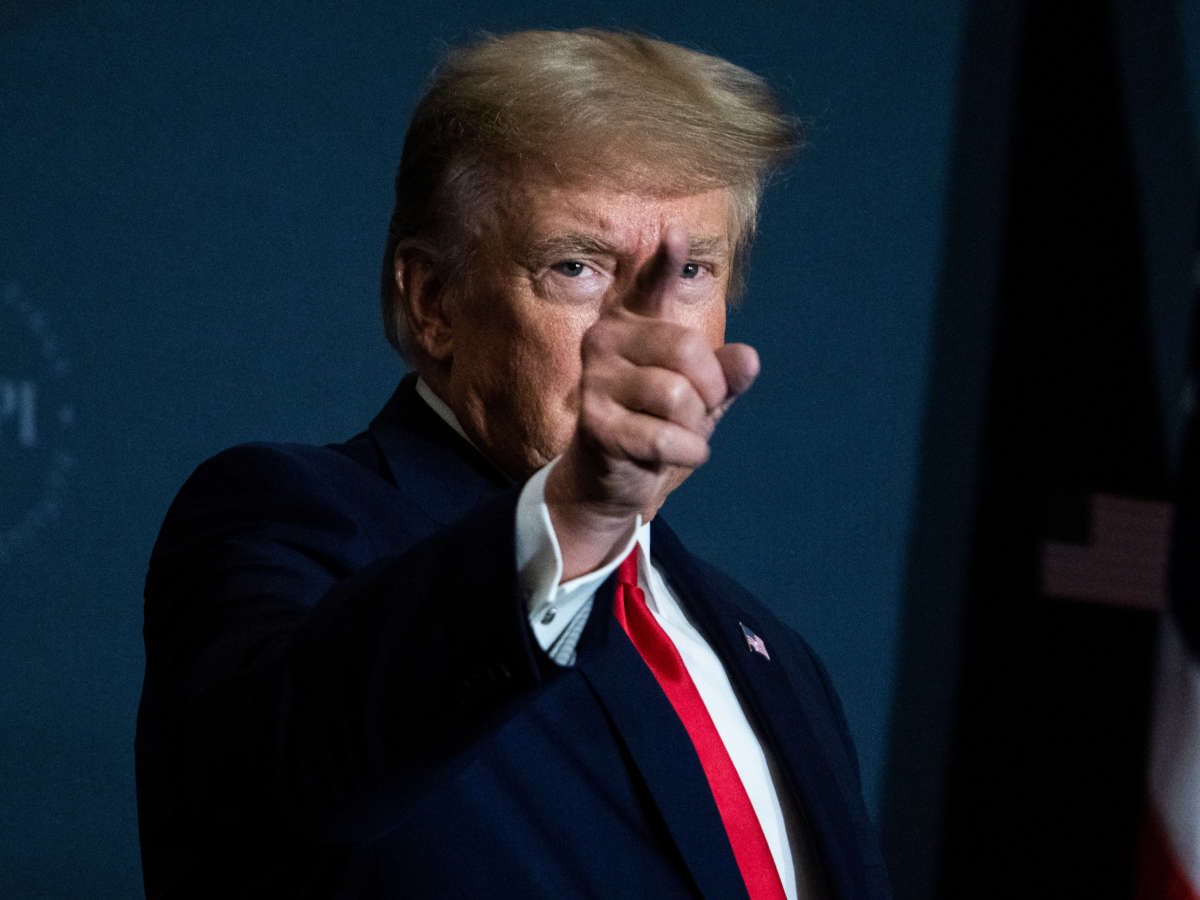 Former President Donald Trump called for measures to strengthen the police state and said that convicted drug dealers should be sentenced to death at a rally on Tuesday, his first appearance in Washington, D.C. since his departure from the White House.

The penalties for drug dealers “should be very, very severe,” Trump told the audience of his loyalists.

Trump falsely claimed that the implementation of such a policy would act as a deterrent, and would result in a decrease of drug-related crimes in the U.S.

“If you look at countries throughout the world, the ones that don’t have a drug problem are ones that institute a very quick trial death penalty sentence for drug dealers,” he said.

The former president’s claims contradict decades of research and data on the death penalty. Numerous studies have debunked the notion that capital punishment deters people from engaging in criminal behavior, as well as the argument that longer prison sentences reduce crime.

Some studies have demonstrated that the abolition of the death penalty would be far more effective in reducing violent crime. One study from 2019 showed that murder rates actually tended to decline in countries after capital punishment statutes were abolished.

Sentencing people accused of drug-related crimes to death is also a violation of international law. Several United Nations bodies have stated that the death penalty should only be used for the “most serious crimes” — a standard that doesn’t include drug crimes, Amnesty International has pointed out.

The death penalty is also detrimental to the families of victims of crimes. Many studies have shown that family members of murder victims are often adversely affected when the person accused of killing their loved one is executed, despite the expectation that such executions will provide families with closure.

“More often than not, families of murder victims do not experience the relief they expected to feel at the execution,” said Florida therapist Lula Redmond, who works with family members of murder victims, in 2016. “Taking a life doesn’t fill that void, but it’s generally not until after the execution that families realize this.”

During his speech on Tuesday, Trump also called for numerous authoritarian policies that would bolster the already repressive police state in the U.S. The former president said that police squad cars should be placed on every street corner, and that qualified immunity laws — which prevent law enforcement officers from being held accountable in cases of police brutality, including murder — should be strengthened. He also promoted the return of “stop and frisk” search policies, which are unconstitutional and proven to unjustly target and criminalize people of color when put into practice.

Notably absent from Trump’s attempt to appear “tough on crime” were any calls for those who breached the U.S. Capitol building on January 6, 2021, to face any consequences for the attack. New evidence from the January 6 committee shows that Trump didn’t want the Justice Department to prosecute his loyalists in the days after the attack took place, and he has suggested in public statements since then that he may pardon those involved in the attack if he becomes president again.