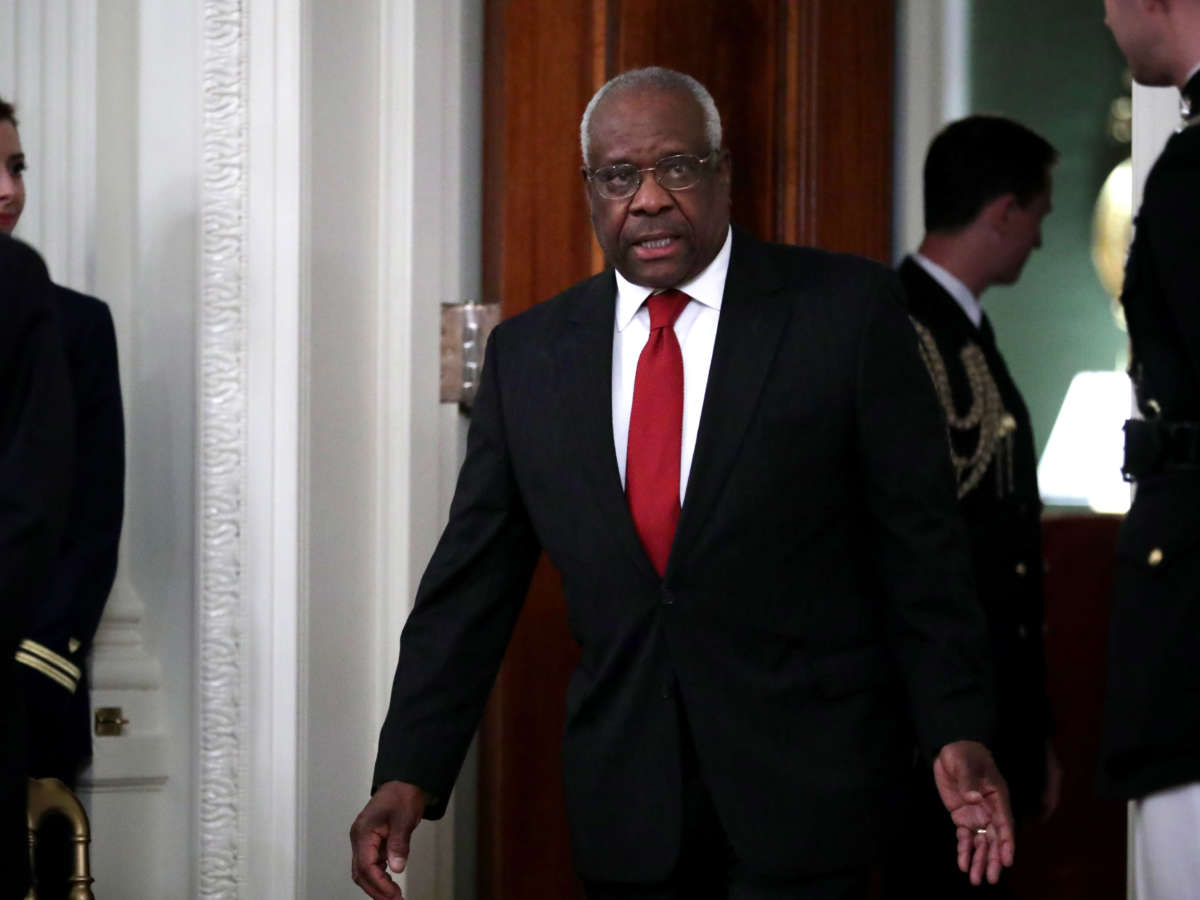 Supreme Court Justice Clarence Thomas will no longer co-teach a course at George Washington University this upcoming semester, following calls from student leaders and thousands of others demanding his removal.

Thomas had been teaching a course at the university for the last 10 years with his former clerk, Gregory Maggs. But after the Supreme Court’s latest term, in which Thomas voted for federal abortion protections to be overturned and wrote an alarming concurring judgment calling for numerous constitutionally protected rights to be reexamined, dozens of student leaders signed an open letter to the university demanding his dismissal.

In June, the Court’s conservative bloc majority ruled in Dobbs v. Jackson that abortion rights recognized in the 1973 case Roe v. Wade should be overturned. Thomas, in a concurring judgment, urged the Court to go further, saying that it should reconsider previous rulings recognizing the right to birth control, denying states the ability to forbid consensual sex acts between adults, and recognizing same-sex marriages.

Thomas did not comment on why he decided to depart from the class, and it’s currently unclear if he will return to the university in future semesters. Maggs will continue to teach the course on his own for the upcoming semester.

Although the official reason why Thomas isn’t teaching this term hasn’t been disclosed, his decision comes after students at the university made it clear that they didn’t want the ultra-conservative justice to give lectures there.

Around 50 student leaders wrote in an open letter that Thomas’s views are incongruent with George Washington University’s values. “Academic freedom means to learn freely and fairly — absent of discrimination,” they wrote.

In addition to the letter from student leaders, a petition garnering over 11,000 signatures as of Thursday morning called for Thomas to be kept from teaching this semester.

“With the recent Supreme Court decision that has stripped the right to bodily autonomy of people with wombs, and with his explicit intention to further strip the rights of queer people and remove the ability for people to practice safe sex without fear of pregnancy, it is evident that the employment of Clarence Thomas at George Washington University is completely unacceptable,” the petition said.

The petition also noted that Thomas’s wife, right-wing activist Ginni Thomas, took part “in the attempted coup in January of 2021” by sending numerous messages to state lawmakers and people within the Trump administration, urging them to overturn the election results and name Trump president for a second term.

“Thomas is actively making life unsafe for thousands of students on our campus (not to mention thousands of campuses across the country),” the petition added.

Thomas isn’t just an unpopular figure at George Washington University. A nationwide petition from MoveOn has amassed more than 1.2 million signatures calling for his impeachment and removal from the Court.