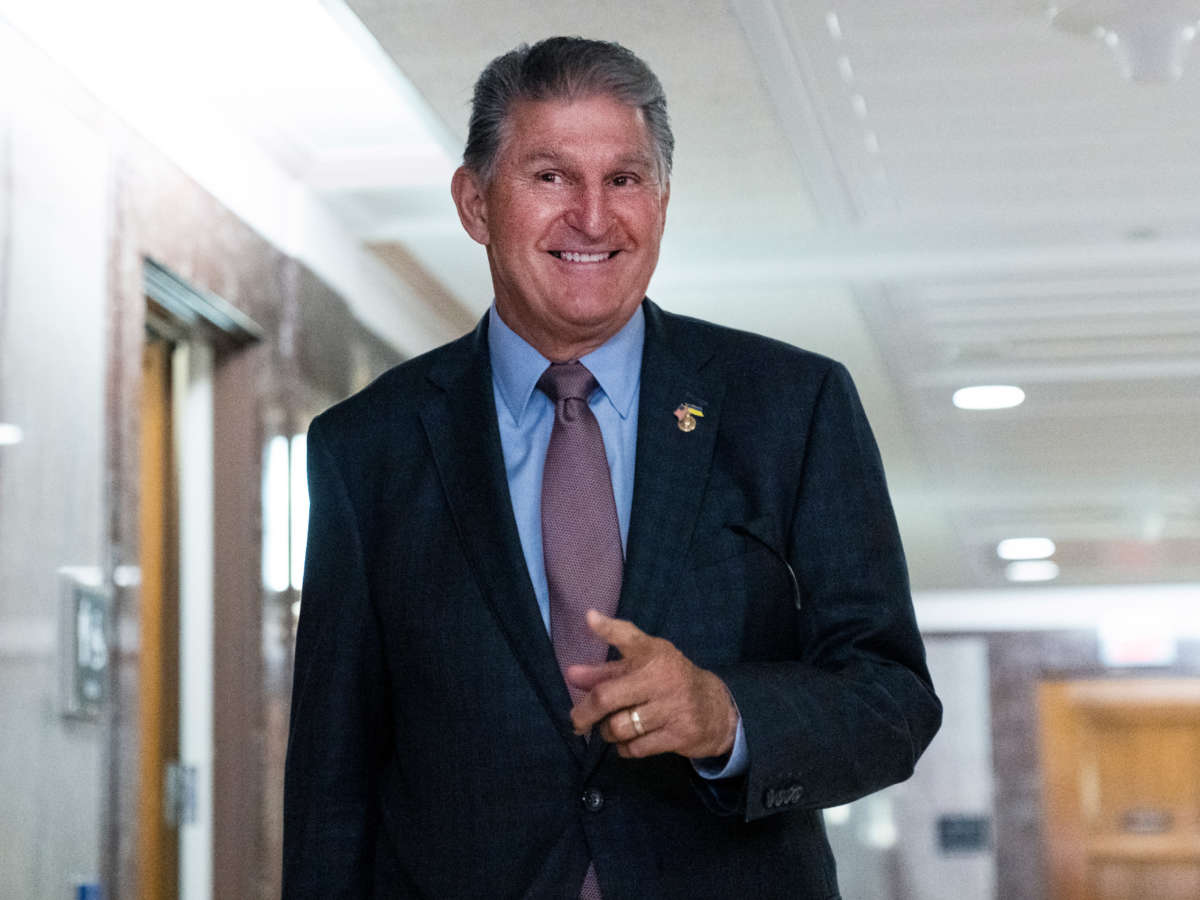 Conservative coal baron Sen. Joe Manchin (D-West Virginia) announced on Wednesday that he has come to an agreement with Democratic leaders for a reconciliation bill with key climate, prescription drug price and tax reforms — with a major caveat to expand oil and gas exploration.

The bill, named the Inflation Reduction Act, contains roughly $433 billion in new spending, $369 billion of which is for climate and energy proposals, according to a one page summary of the bill.

That there are climate provisions at all is an improvement over Manchin’s supposed opposition to any and all climate spending, which aides and staffers thought was his position two weeks ago. But the climate provisions could be severely undercut by new proposals put in on behalf of Manchin to expand oil and gas exploration on public lands.

Crucially, according to Bloomberg, the bill essentially locks the government into permitting new oil and gas leases for the next decade; any time the Interior Department wants to allow new wind and solar rights on federal lands, the bill mandates that the agency will have to hold oil and gas lease sales first.

This is a major caveat to the bill’s touted climate spending, undermining years of climate activists’ calls for President Joe Biden to end oil and gas lease sales and going against even conservative energy organizations’ recommendations for the country to stop all new fossil fuel projects or else completely miss the global goal of limiting global warming to under 1.5 degrees Celsius.

According to the bill’s summary, it would cut U.S. emissions by about 40 percent by 2030, though it’s unclear where that figure comes from. Still, it falls short of Senate Majority Leader Chuck Schumer’s (D-New York) promise of 45 percent reductions last year, and falls even further from the goal of cutting emissions in half by 2030 that Democrats promised last August.

It would achieve these reductions through electric vehicle and clean energy tax credits, as well as provisions to incentivize oil and gas companies to cut their methane emissions and consumer incentives for things like heat pumps and rooftop solar. Previous suggestions like the Clean Electricity Performance Program to punish utilities for failing to make certain clean energy shifts are out.

The bill also allocates $64 billion toward extending enhanced subsidies for the Affordable Care Act to lower premiums for low-income Americans. These proposals, as well as a $300 billion reduction in the deficit, are paid for by several revenue raising provisions.

The bill would raise roughly $388 billion from allowing Medicare to negotiate prices for a limited number of drugs and would cap annual out-of-pocket drug expenses for seniors at $2,000. The rest would be raised by tax reforms, including a 15 percent corporate minimum tax, an increase in funding for the Internal Revenue Service (IRS) to increase tax enforcement, and closing the carried interest loophole, which allows private equity managers and other wealthy taxpayers to dodge top tax rates.

Nearly all of these proposals are far smaller than the bill that Democrats and progressives had been fighting for last year, and provisions like paid family and medical leave, universal pre-kindergarten, a Civilian Climate Corps and Medicare expansion are left out completely.

There’s still no guarantee that the bill will pass. Climate advocates will surely take issue with the oil and gas leasing provisions, while conservative Democrats like Rep. Josh Gottheimer (New Jersey) and Sen. Kyrsten Sinema (Arizona) may oppose proposals to tax corporations and the wealthy, drug pricing provisions and what climate spending is in the bill.

Gottheimer has already been rallying fellow conservatives to oppose any new taxes in the bill and was key last year in killing Democrats’ larger prescription drug pricing goals for the Build Back Better Act. Meanwhile, Sinema, who has yet to comment on the Inflation Reduction Act, dealt a major blow to the climate portion of Democrats’ reconciliation bill last year and ultimately played a large hand in killing the bill altogether.