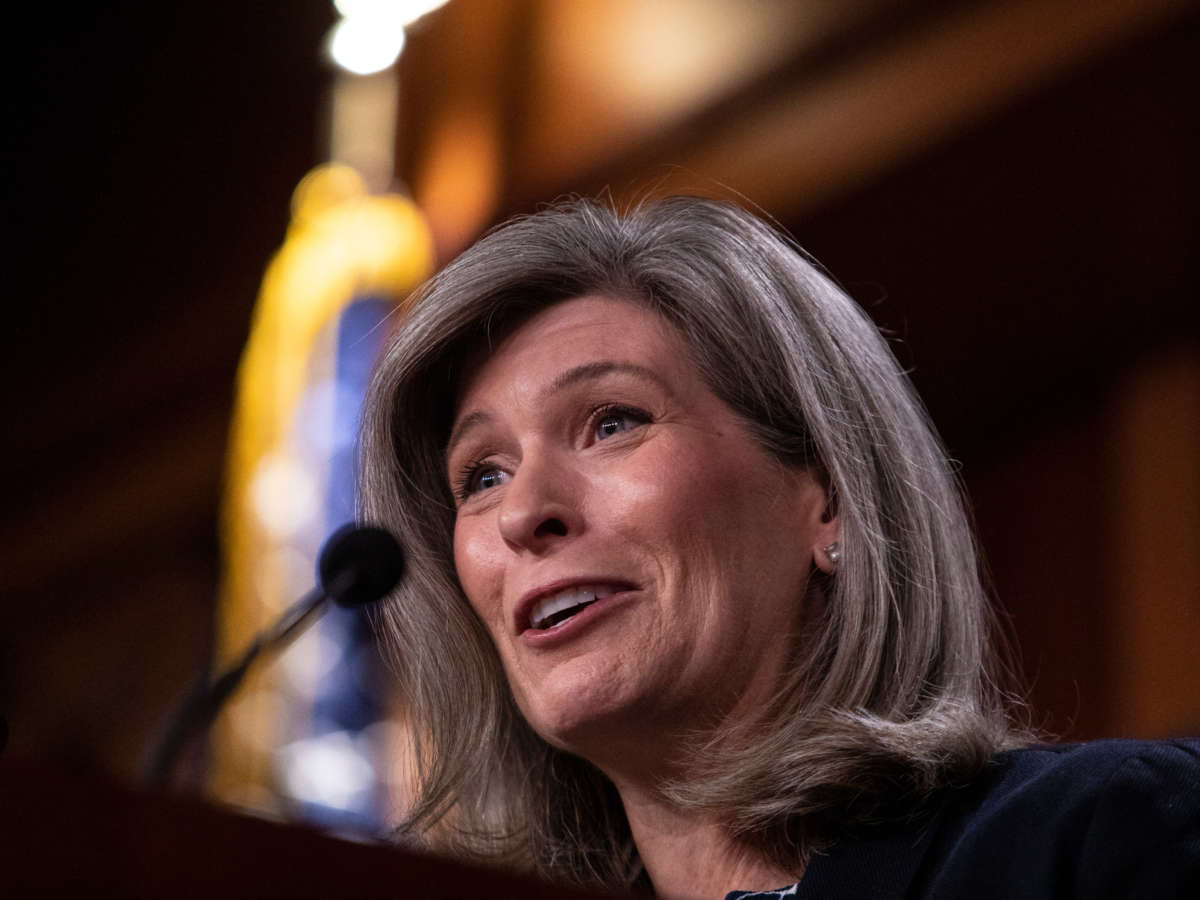 On Wednesday, Republican Sen. Joni Ernst (Iowa) blocked Democrats’ attempt to bring their bill to codify the right to contraception to a vote in the Senate, delaying progress on the legislation that 195 House Republicans voted against last week.

The Right to Contraception Act would enshrine federal protections for access to contraceptives like birth control pills, IUDs, condoms, and more. It passed the House last week with the support of all Democrats and only eight Republicans, with widespread GOP opposition suggesting that the party is preparing to launch attacks on birth control access.

Sen. Ed Markey (D-Massachusetts), one of the original sponsors of the bill, had attempted to bring the bill to a vote on Wednesday via unanimous consent, which means that only one senator could block the motion. Ernst’s objection to the bill is unsurprising, as it’s rare for bills to get unanimous approval from the Senate, but it’s still an alarming show of the party’s rightward lurch on contraception.

“Today, Republicans showed the American people where they stand: no abortions, and no birth control to prevent the need for one,” said Markey in a statement after Ernst’s move. “The right-wing extremists in the United States Senate and on the Supreme Court are way out of touch with the vast majority of the American people, and yet they still want to tell them what to do with their bodies and their lives.”

Sen. Patty Murray (D-Washington) pointed out that birth control has long been protected by the precedent set by the landmark Supreme Court case Griswold v. Connecticut.

“It has been nearly sixty years since the Supreme Court decided Griswold v. Connecticut — and affirmed Americans’ right to privacy and with it: their right to contraception. So you’d think this would be a settled issue. And for the vast majority of Americans — it is,” Murray said. “Yet, as we just saw, somehow — in the year 2022 — this isn’t a settled issue for Republican politicians.”.

Ernst falsely said that the bill includes unrelated provisions to fund abortion providers and abortifacients — claims that that the bill’s proponents say are patently untrue.

Republicans have been lying about the effects of birth control, saying that hormonal contraceptive methods that preempt fertilization by stopping ovaries from releasing an egg are abortifacients — a lie that has been pushed through long standing disinformation campaigns by far right anti-abortionists.

This fabrication is likely spouted by Republicans as a purposeful obfuscation of their true stances of opposing contraception access. And even if certain birth control methods were abortifacients, opposing widespread access to them would still have the same result: the widespread suffering and physical deterioration of tens of millions of people who rely on birth control not only to prevent pregnancy, but also to treat symptoms of afflictions like endometriosis, and to prevent certain cancers.

Proponents of the bill have pointed out that the bill is narrowly tailored to only address contraceptive access. Last week, Rep. Alexandria Ocasio-Cortez (D-New York) criticized the 195 House Republicans who voted against the bill, saying that the bill is “not a ‘gotcha’ bill with a bunch of stuff” added into it.

The “GOP are descending into an extremism that many didn’t think was real,” she wrote. “They are expanding to attack the right to contraception, and we cannot let them. This vote is the first step.”