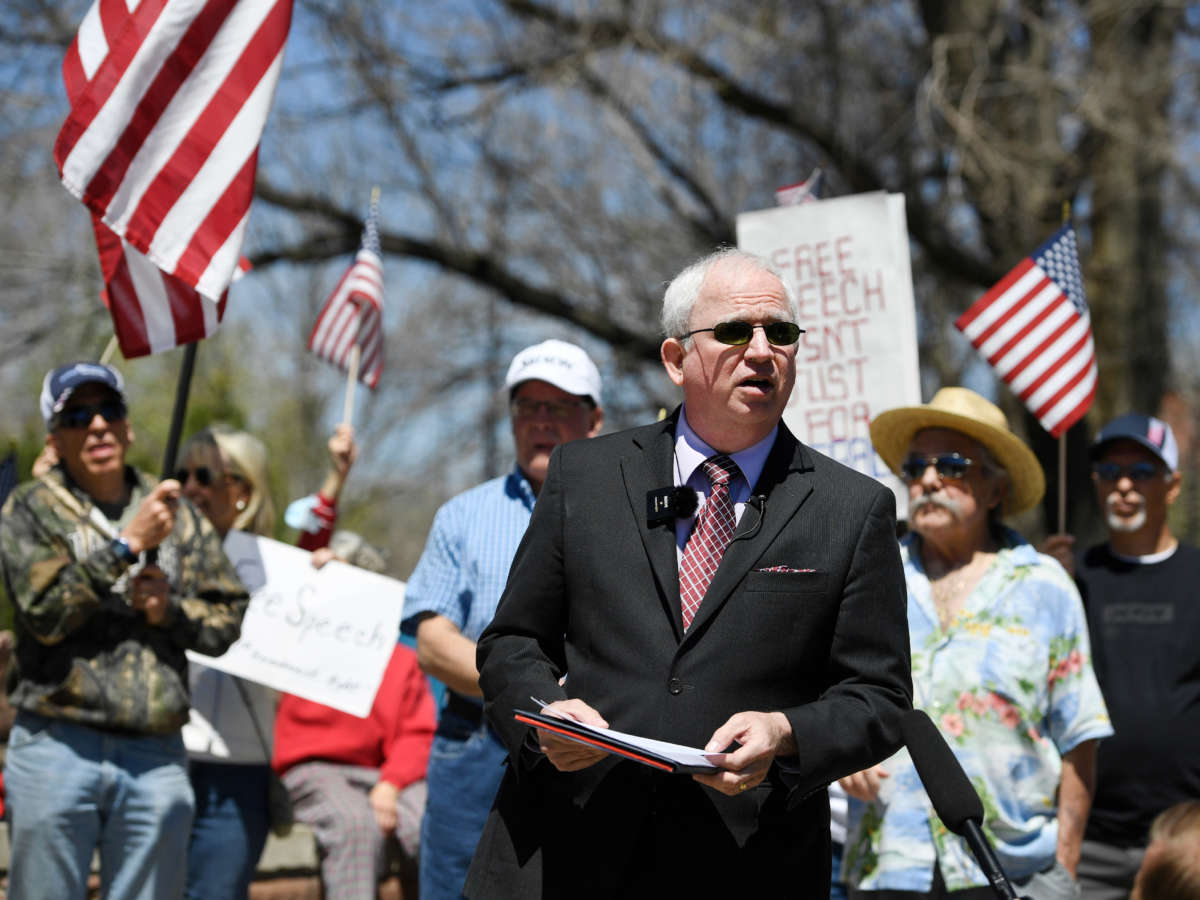 The Department of Justice (DOJ) said on Wednesday that it has obtained a warrant to search some of the contents of John Eastman’s phone.

Eastman, who formerly served as a lawyer for former President Donald Trump, was an instrumental part of the plot to overturn the 2020 election. In June, he had to surrender his phone to the DOJ after the department obtained a warrant, but another warrant was needed for investigators to look at the phone’s data.

According to a court filing from the DOJ this week, the second warrant was issued on July 12.

Although the warrant allows the DOJ to dig into the data and phone calls that Eastman made after the 2020 presidential election, it does not allow the agency to have total access to all data on the phone. Communications with Trump, which are considered protected under client-attorney privileges, cannot be examined by the department, and will be blocked from viewing by investigators through a filter protocol.

Eastman, who currently resides in New Mexico, sought to block the warrant, but a federal judge in the state ruled against his objections.

In seeking to read the contents of Eastman’s phone, the DOJ “had to specify the crimes it has good cause to believe the contents will reveal,” according to Harvard Law School’s Laurence Tribe.

The investigation into Eastman’s actions is part of a large-scale DOJ inquiry into the events of January 6, 2021, as well as the wider attempt to overturn the 2020 election. Earlier this week, it was reported that the investigation now includes Trump himself.

Eastman played a significant role in the scheme by Trump’s inner circle to overturn the results of the 2020 presidential election, which was won by now-President Joe Biden. It was Eastman who crafted a memo that detailed a six-point plan to thwart the results; the plan entailed recruiting Trump loyalists to create false elector ballots in states that Biden won and sending them to Washington D.C. to be included in the certification process of the Electoral College. After that, then-Vice President Mike Pence would either count the fake elector votes as legitimate or say that there was enough confusion to warrant sending the matter to the House of Representatives. From there, Trump would undoubtedly have been named president, due to the GOP having a majority of state delegations within the House.

Pence ultimately refused to go along with the plan — and on January 6, after Trump sent a mob of his loyalists to the Capitol to disrupt the certification, dozens chanted for Pence to be hanged for his supposed betrayal of the president.

After the attack on the building, Eastman emailed Rudy Giuliani, Trump’s then-personal lawyer, to ask if he could be included “on the pardon list, if that is still in the works.”

So far, Eastman has been uncooperative with any investigation involving the plot to overturn the election or the attack on the Capitol. Although Eastman has sat with the January 6 committee, he invoked his Fifth Amendment right against self-incrimination throughout his deposition.

Some observers believe that Eastman may choose to cooperate with investigators in light of the recent warrant from the DOJ, however — particularly if he believes that cooperation will help him out of criminal liability or reduce a prison sentence.

“John Eastman is in many ways the linchpin of this investigation…if poor John Eastman could determine that he would be better off working with the Department of Justice than staying on Team Trump, that would be an immensely important step for the investigation,”