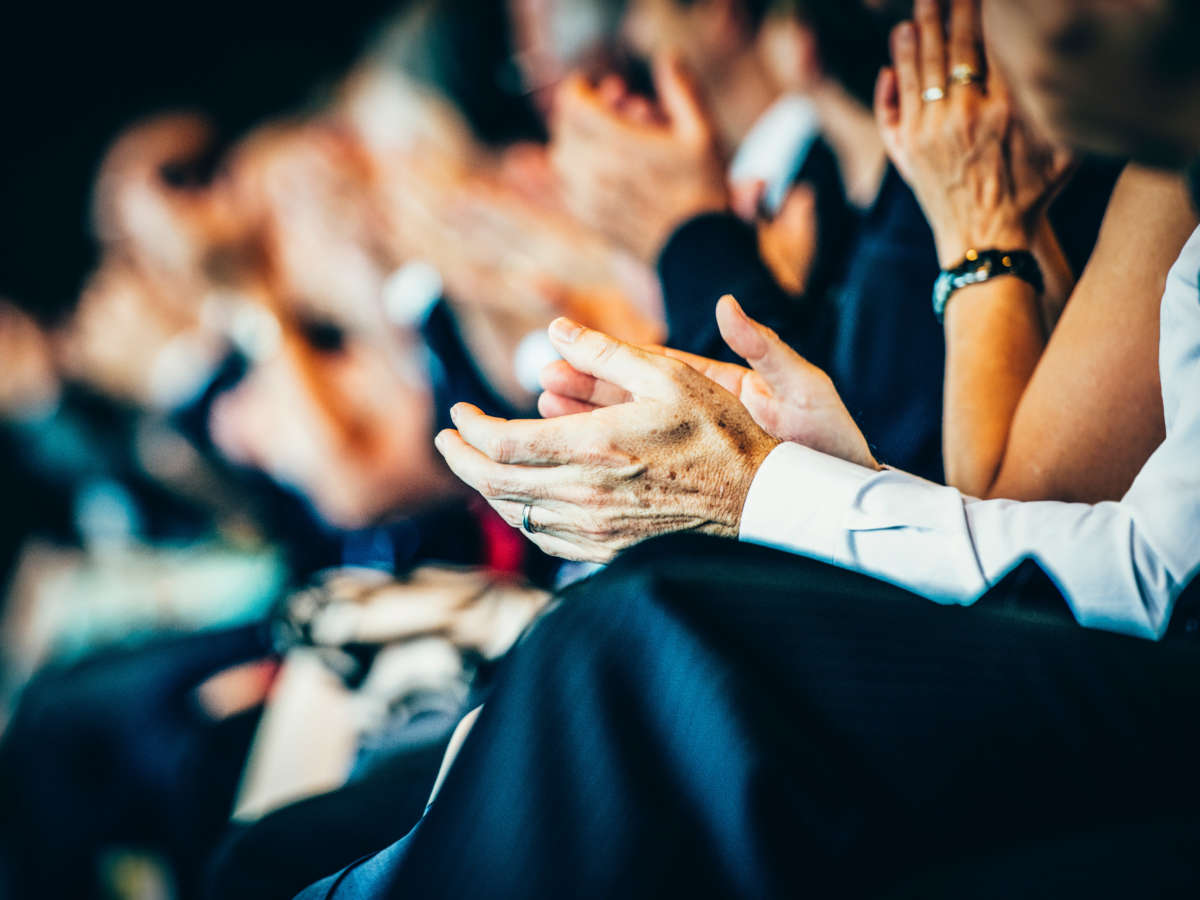 Adherents of the American Legislative Exchange Council (ALEC) have come together this week for their first big meeting of the year to take on “woke capitalism,” women’s right to abortion, voting rights, China, Big Tech, the administrative state, and more.

ALEC is a pay-to-play operation where state legislators and corporate lobbyists meet behind closed doors to write model legislation that pushes a radical right-wing, pro-corporate, and pro-Republican agenda on everything from suppressing voters’ rights and denying climate change to crushing unions and undermining public education.

The meeting kicked off last night with a celebration of the Supreme Court’s recent ruling on Roe v. Wade over “late night dessert and coffee” with the extremist anti-abortion group Susan B. Anthony Pro-Life America (SBA), which is now seeking a total ban on abortion in every state, with no exceptions.

Shortly after the ruling, ALEC issued a statement supporting the Court’s decision, saying that state legislators should have “the authority to decide what is best” for women and their personal health — especially if they may not wish to continue an unplanned pregnancy.

The reception follows a training for ALEC state leaders in March led by SBA and former Wisconsin Gov. Scott Walker (R). The session focused on state-by-state prospects for enacting total abortion bans in the wake of the eagerly anticipated Supreme Court decision and on how politicians should spin their stance on the subject in order to win in the midterm elections, the Center for Media and Democracy (CMD) reported.

ALEC has long provided a secretive forum for SBA to reach its members, but since the Dobbs decision overturning Roe was handed down in June they appear to feel newly empowered to hold these discussions more openly.

ALEC has repeatedly lied about its work on voter suppression bills, which CMD exposed with a video showing ALEC CEO Lisa Nelson at a May 2021 Council for National Policy meeting stating, “We don’t have model policy…. We will be developing that at the Honest Elections Project [seminar], through them.”

In the past, ALEC has held voter suppression academies with HEP just prior to its 2021 Annual Meeting and the 2021 States and Nation Policy Summit.

In the wake of the Energy Discrimination Elimination Act unanimously passed by ALEC’s Environment, Environment, and Agriculture Task Force last December, the organization’s war against “woke capitalism” has emerged as a dominant theme at the Atlanta meeting.

CMD first reported on the controversial energy bill, which would empower states to blacklist companies that divest from fossil fuels. The model has since been introduced in 13 states and passed in four, but ALEC sought to distance itself from the measure by never making it an official model bill.

This time around, ALEC lawmakers will debate Amendments to its 2021 Resolution Opposing Securities and Exchange Commission and White House Mandates on Climate-Related Financial Matters, which rewords the text to promote a Republican election talking point blaming the Biden administration for high gas prices and inflation.

ALEC members will also consider amendments to its State Government Employee Retirement Protection Act. Initially passed in March during a special meeting of its Tax and Fiscal Policy Task Force, the proposed revisions to the model policy would prohibit anyone managing state, local, or university public pensions from considering the climate emergency or other social or political factors when investing pension funds.

Meeting attendees also have the opportunity to participate in workshops with titles like “Less Woke, More Work — How to Protect America from the Far Left and Ignite the Economy,” “Woke Culture and Its Effect on African American Small Business Owners,” and “How States Can Fight Back Against ESG,” a reference to what the far-right considers the abhorrent practice of using Environmental, Social and Governance factors to evaluate companies on environment and social goals instead of simply maximizing profits for investors.

ALEC has embraced a stance in favor of “unequivocal soft and hard power support for Taiwan” in recent years. In 2020, it gave Taiwan’s President Tsai Ing-wen the International Pioneer Award for her “longstanding dedication to free-market principles.”

The organization’s focus on China is in lock-step with Republican leaders and GOP-aligned groups, such as presidential hopeful Gov. Ron DeSantis (FL) and ALEC partner Turning Point USA, that hold China responsible for the pandemic, and are seeking retribution for the political and economic damage enacted on the country as a result.

This year, ALEC is expanding its fight with China to take on what it views as the Chinese Communist Party’s efforts to “subvert the subnational U.S. system, turning the country inside-out against itself” with several proposed model bills.

An Act to Prohibit State Contracts with Chinese Government-Owned or -Affiliated Technology Manufacturers would prevent states that pass the model bill from doing business with “any company owned or operated by” the Chinese government.

The State Infrastructure Protection Act would ban a state from entering into agreements with “foreign-owned companies” in China, Iran, North Korea, Russia, or any other “designated country” deemed by the governor to be a “threat to critical infrastructure.” This includes companies involved in a “communication infrastructure system, cybersecurity system, electric grid, hazardous waste treatment system, or water treatment facility.”

The bill is based nearly verbatim on the Lonestar Infrastructure Protection Act sponsored by an ALEC member from Texas. The bill was introduced by state Sen. Donna Campbell (R) and quickly enacted last year in response to a Chinese billionaire’s purchase of 140,000 acres to build a wind farm near the Laughlin Air Force base. The developer, Sun Guangxin, has ties to the Chinese Communist Party and hired army and government officials for the project, according to Forbes.

ALEC’s proposed model Act to Prohibit This State’s Board of Regents from Investing Public University Trust Funds in Companies Associated with the Government of China would prohibit public universities from investing in companies controlled by or majority-owned by the Chinese government.

At this week’s meeting, ALEC is also screening The Hong Konger, a film about billionaire Jimmy Lai produced by the Christian Right Acton Institute.

In their latest effort to exploit the pandemic for their own goals, ALEC lawmakers will debate a Resolution Investigating Biden White House Pressuring of Social Media Platforms to Remove COVID Information. This would “impanel an investigation into the extent to which the Biden White House pressured social media platforms to restrict and remove information and comments related to” the pandemic.

In 2021, Trump and his allies at the America First Policy Institute sued Facebook, Twitter, and Google for allegedly violating the First Amendment rights of Americans “to speak, …be heard, and [enjoy] democratic representation.”

In 2020, ALEC played a major role in the right-wing movement to defy state stay-at-home orders and reopen schools and businesses as Covid deaths skyrocketed in the U.S. In yet another example of ALEC abandoning its free-market principles, meeting participants are considering the Social Media Expression Act, which would increase regulations on social media companies and attempt to prohibit their own self-monitoring and removal of harmful content on their platforms.

On Thursday, attendees can also attend a workshop titled “Online Platforms Under Fire.”

At this week’s annual meeting, ALEC continues its aggressive push to rewrite the Constitution with its Article V Application for a Federal Fiscal Responsibility Amendments Convention to Curb Runaway Inflation and Restore Fiscal Sanity.

This latest effort urges Congress to call a convention based on wacky math that brings together state resolutions going back more than a century to claim that the requisite threshold of 34 states was reached in 1979 and that its proposed amendments will somehow end inflation. The model application would also empower state attorneys general to bring a mandamus action to force Congress to convene a convention.

At its December 2021 meeting, ALEC held a half-day “Academy of States 2.0” with its member lawmakers on strategies for convening a constitutional convention to propose a whole host of revisions to the U.S. Constitution. Now its allies are hosting an “Academy of States 3.0” this Sunday in Denver.

ALEC’s Academic Transparency Act will force public schools to post lists of all K–12 materials online, with an “optional” enforcement procedure. This model bill appears to be influenced by proposals introduced by the Goldwater Institute and the Manhattan Institute at ALEC’s December meeting in a forum sponsored by the Lynde and Harry Bradley Foundation.

ALEC legislators will also debate The Hope Scholarship Act, the pay-to-play group’s latest attempt to further defund public schools through an expanded Education Savings Account program. Notably, the model policy allows “education service providers” to operate outside of education policy standards — and possibly labor standards as well — when it states, “A participating school or education service provider is not required to alter its creed, practices, admission policy, hiring policy or curriculum in order to accept eligible recipients whose parents pay tuition or fees from a Hope Scholarship account pursuant to this article.”

To further please DeVos, ALEC is asking members to vote on its Protecting Religious Homeschooling Act, which will protect the tax-exempt status of churches that permit religious homeschooling in their buildings.

Continuing their assault on the free market they used to glorify, ALEC lawmakers will consider the proposed Electric Generation Facility Closures and Reliability Act and decide whether state governments should have the ability to force power plant operators to stay open. The model also suggests that companies may be forced to “preserve” retired power plants for future use.

If a state were to pass this bill, it would create a significant barrier to companies looking to transition to renewables for generating electricity.

ALEC has never been a friend to workers, and this year is no different with its introduction of the duplicitously titled Protecting Businesses and Workers Act. The new model bill actually does nothing to ‘protect’ workers since it preempts local labor and contract regulations related to wages, benefits, scheduling, and hours. If passed, it would effectively ban minimum wage ordinances, along with local family or sick leave mandates.

ALEC will also ask its members to debate the Overtime Exceptions and Class Actions Prohibition Act. This model bill further restricts the work activities that qualify for overtime pay and requires written consent of employees being included in class action suits relating to overtime pay abuses.

To further its effort to weaken the powers of government agencies, ALEC politicians are considering two new model bills at the meeting.

The Federal Funds Oversight Act will create new barriers for states to get federal funding and prevent the acceptance of federal funds if it “mandates a public school in this state to teach a specific program, topic, subject, curriculum or standard,” contradicts state law, or “requires an agency to establish a new program.”

Other new model policies being considered at this week’s ALEC meeting include:

Arn Pearson contributed to this report.