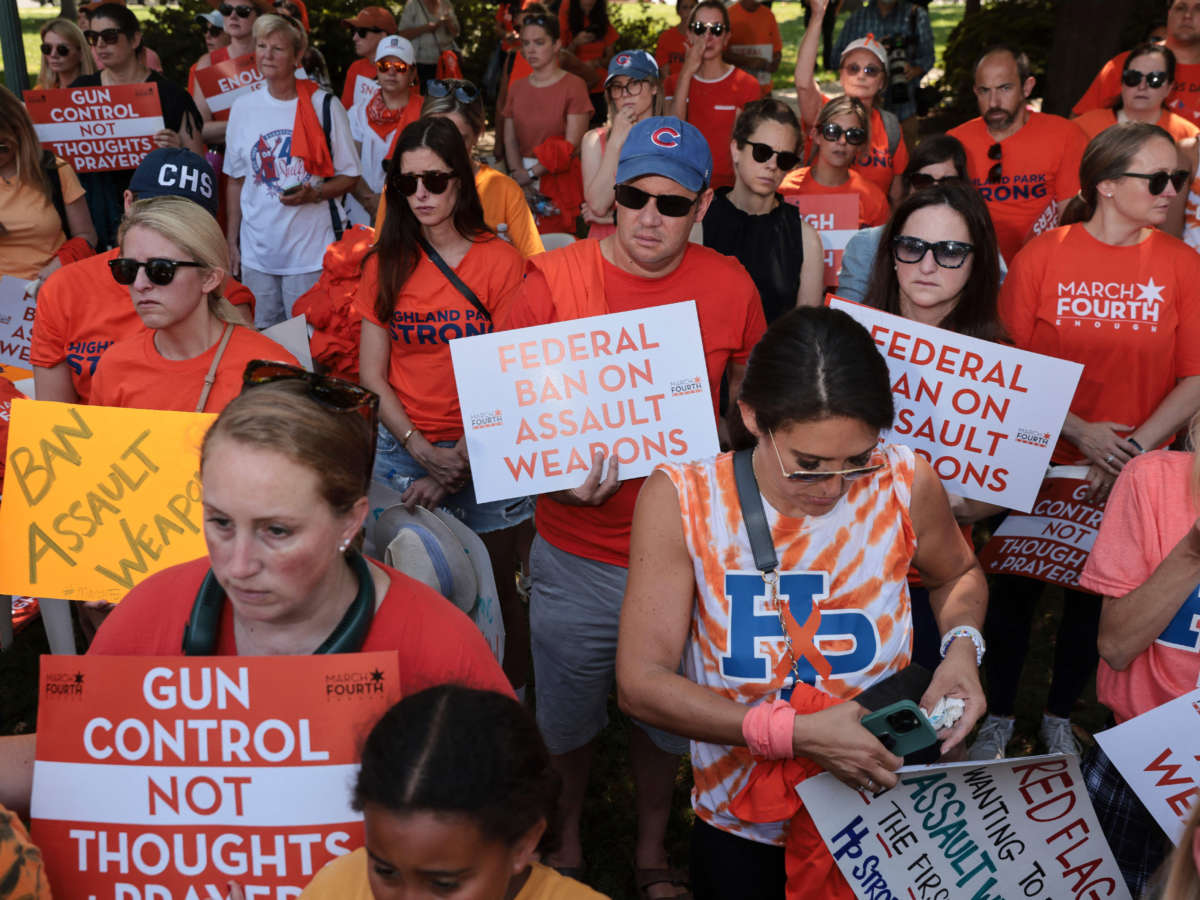 On Friday, the House voted to pass a ban on certain military-style assault weapons for the first time in 20 years, legislation that advocates say is crucial to curbing gun violence and mass shootings in the U.S.

Introduced by Democrats in March, the bill, simply titled the Assault Weapons Ban, would ban the sale, transfer, manufacturing and importing of 205 military-style assault weapons, including the AR-15-style semiautomatic guns that gun reform activists point out are the gun of choice of mass shooters. The bill would still allow the ownership of such guns, however.

President Joe Biden has urged the Senate to pass the bill so he can sign it into law. “The majority of the American people agree with this common sense action,” he said. He added that the Senate should “move quickly to get this bill to my desk.”

“We know an assault weapons and large-capacity magazine ban will save lives,” the statement said, noting that then-Senator Biden was key in passing the 1994 assault weapons ban, signed by President Bill Clinton, that was in effect for a decade. “For those ten years, mass shootings declined. When the ban expired in 2004, mass shootings tripled.”

However, the bill would need at least 10 Republicans and all Democrats on board to pass in the Senate, which is unlikely, as House Republicans were unified in their opposition to the bill.

Data does show that gun violence and mass shootings markedly declined during the decade of the assault weapons ban, but lawmakers allowed it to expire after 10 years.

Now, semiautomatic guns are easier to obtain than ever, and are increasingly used in mass shootings. Evidence suggests that mass shootings in which the shooter used a semiautomatic gun were more deadly — not just because of the large amount of rounds the guns are capable of shooting in a short period of time, but also because many assault rifles shoot with a level of propulsion that gives bullets an explosive power to shred through organs and tissue.

“These military-style weapons are designed to kill the most people in the shortest amount of time,” Rep. Jerrold Nadler (D-New York) said during the debate on the bill. “Quite simply, there is no place for them in our streets.”

Democrats and progressives celebrated the passage of the bill. “Along with so many colleagues and advocates, we fought long and hard to get the assault weapons ban the stand alone vote it deserved,” wrote Rep. Alexandria Ocasio-Cortez (D-New York) on Twitter. “This is a victory.”

In a hearing last week, Ocasio-Cortez confronted gun industry figures about their use of white supremacist imagery in their ads, pointing out the deep ties between the far right and the gun industry.

Gun lobbyists have spent millions opposing gun control laws, and the ability to sell assault weapons is lucrative for gun manufacturers. The House Oversight Committee found in a report released last week that major gun companies have received over $1 billion from assault weapons sales over the past decade, with many companies doubling or tripling their revenue in recent years.

The same major companies that have profited from these sales have manufactured the guns behind many of the deadliest mass shootings in modern U.S. history.

For instance, gun manufacturer Daniel Defense, which tripled its revenue from AR-15-style weapons from $40 million to $120 million between 2019 and 2021, made the gun used by the shooter who killed 19 children and two teachers in Uvalde, Texas. The company also made four of the guns in the arsenal of the shooter who killed 60 and injured more than 850 in Las Vegas in 2017, the most deadly modern mass shooting.