Sanders: GOP Shouldn’t Have Funded Wars If It Didn’t Want to Take Care of Vets 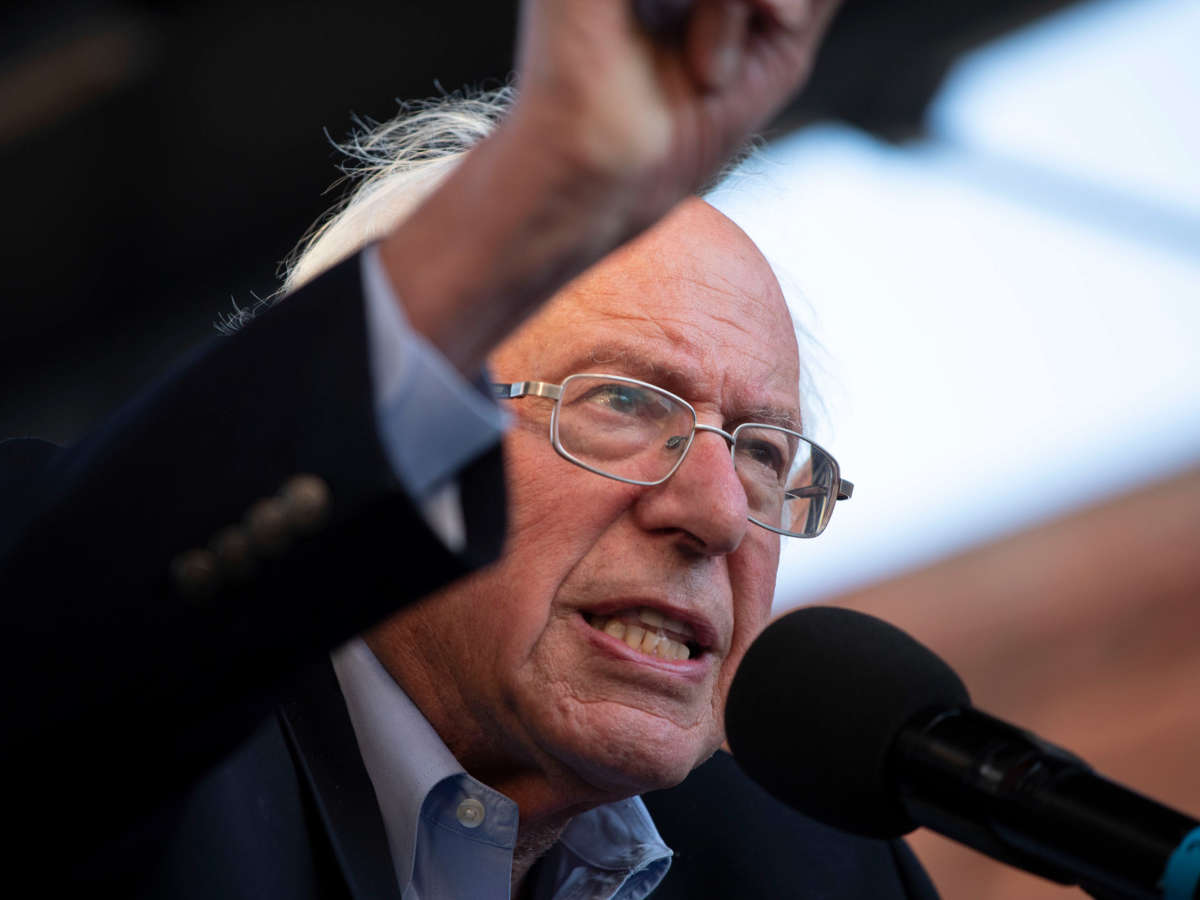 Calling out Sen. Pat Toomey by name, Sen. Bernie Sanders on Sunday said Republicans blocking a bill aimed at providing care to veterans exposed to toxic chemicals overseas should not have voted to fund the wars that created the health nightmare for millions of people.

“I say to Senator Toomey, if you don’t believe we can afford to take care of our veterans suffering from toxic burn pit exposure, then you should not have approved funding to go to war,” said Sanders (I-Vt.), who voted to authorize the U.S. war in Afghanistan but against the Iraq invasion.

“Taking care of our veterans is the cost of war — period,” Sanders added. “End of discussion.”

Burn pits have been used by the U.S. in Afghanistan, Iraq, and other countries to dispose of waste accumulated on military bases, despite warnings that such a method risked the large-scale release of toxic fumes, exposing both American troops and civilians living nearby. The Pentagon estimates that some 3.5 million U.S. troops have suffered health issues stemming from exposure to toxic chemicals spewing from burn pits.

“In some locations, the fires were massive operations,” the Military Times notes. “At Joint Base Balad — one of the largest military bases in Iraq — the burn pit covered nearly 10 acres, with the resulting smoke passing over the entire base as winds shifted… Numerous studies and reports have suggested links between the poor air quality and rare cancers found in increasing numbers among post-9/11 veterans.”

Toomey, a retiring Pennsylvania Republican, has led the GOP’s opposition to the Honoring Our PACT Act of 2022, claiming the bill contains “a budgetary gimmick” that would spark a “huge explosion in unrelated spending,” and that the spending would be mandatory instead of discretionary. Supporters of the bill have rejected Toomey’s attack, calling it a manufactured excuse to justify tanking the measure.

Toomey is attempting to force the inclusion of an amendment that the Department of Veterans Affairs warns would force the federal government to “ration care for veterans.”

Liberal comedian Jon Stewart, a vocal advocate for the legislation, said at a press conference on Capitol Hill last week that Republicans “support the war machine,” not U.S. troops or veterans.

The Honoring Our PACT Act passed the Senate easily in June, with just 14 Republicans — including Toomey — voting no, but administrative tweaks to the legislation made another vote necessary. Dozens of Republicans have since changed their position on the bill, leading Democrats to accuse them of retaliating over renewed efforts to pass a party-line reconciliation bill.

“Republicans are mad that Democrats are on the verge of passing climate change legislation and have decided to take out their anger on vulnerable veterans,” Sen. Chris Murphy (D-Conn.) argued in a floor speech last week. “News emerged that there is an agreement that makes it likely that a climate change bill is going to proceed on the Senate floor, and magically 30 votes flip.”

The veterans’ healthcare legislation would, of course, do nothing for Iraqis, Afghans, and others exposed to toxic chemicals due to the United States’ violent invasions and occupations of their home countries.

As In These Times journalist Sarah Lazare noted in March, when President Joe Biden used his State of the Union address to pledge assistance to veterans suffering from chemical exposure, “the Iraqi and Afghan people who live near these burn pits — who raise children, go to work, and give birth within breathing distance of their air pollution — were nowhere to be seen.”

“The president did not mention Iraqi and Afghan people, whose exposure is far more prolonged, and whose resultant widespread health problems, including increased rates of birth defects, are well-documented (at least in Iraq),” wrote Lazare. “The omission reflects the chauvinism of U.S. discourse about the wars, in which the lives of those who suffer U.S. occupation and environmental poisoning simply do not register.”