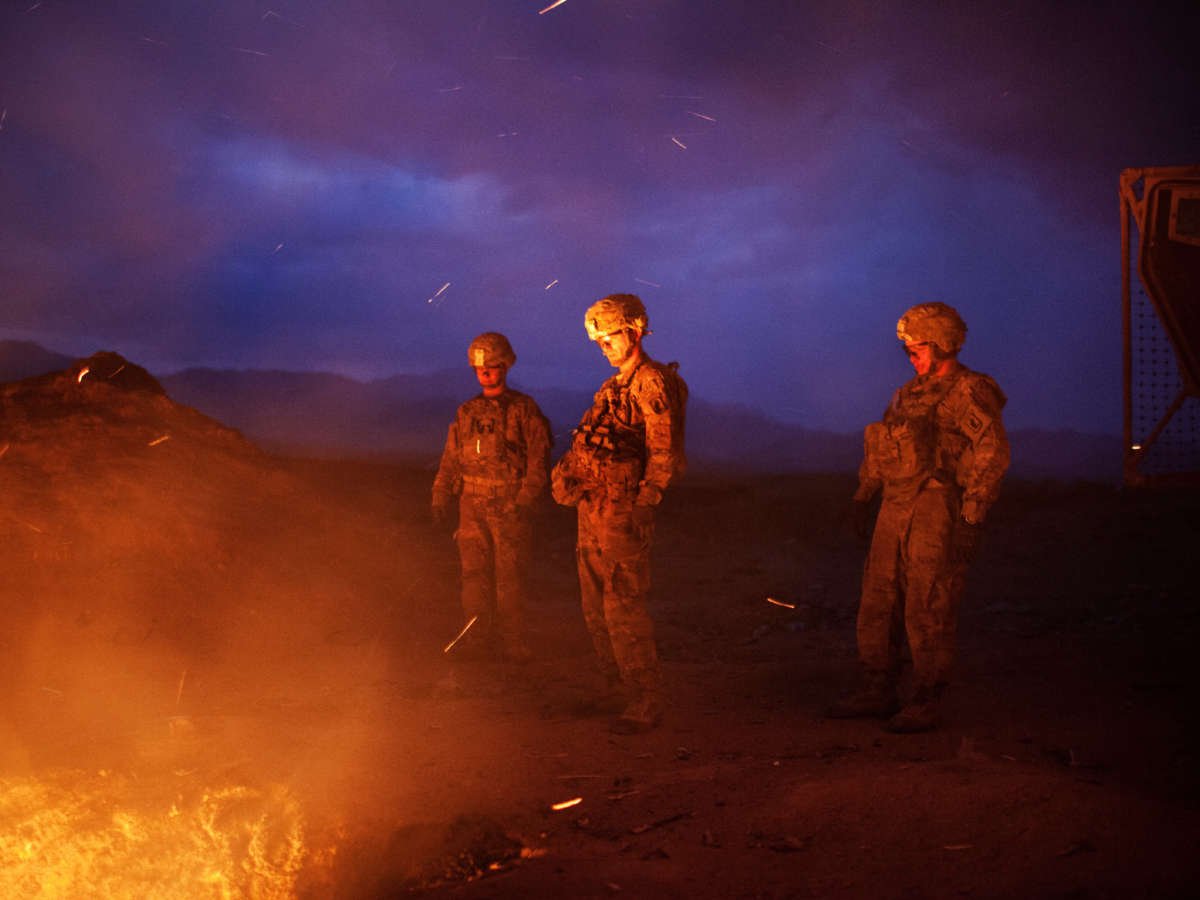 Senate Republicans recently sparked widespread anger when they blocked a bill that would fund health care for military veterans exposed to toxic pollution, including fumes from large burn pits in Iraq and Afghanistan. The pits are linked to cancer, respiratory disease and other potentially fatal illnesses that Veterans Affairs clinics often refuse to treat. The veteran health legislation known as the Honor Our PACT Act is expected to eventually pass with bipartisan support, but the partisan conflict brought renewed attention to one of the more infamous legacies of the U.S. military both at home and abroad.

The U.S. military and its contractors have burned waste into the open air as a low-cost method of disposal for decades. The “burn pits” addressed by the bill in Congress are well-known among veterans of U.S.-led wars in the Middle East, where tens of thousands of soldiers lived and worked around large pits of burning trash, sewage, military vehicles, unexploded weapons, and other waste. The infamous burn pits set ablaze after the U.S. invasions of Iraq in 1990 and 2003 have drawn particular attention.

But the military has also used “open burn and detonation” practices to dispose of tens of millions of pounds of unexploded munitions and other wastes at military bases and compounds across the U.S. These “open burns” contaminate the air and groundwater, and they are one reason why environmentalists consider the U.S. military to be the world’s largest polluter as well as a top producer of climate-warming greenhouse gas emissions.

Dozens of U.S. military bases, research facilities and ammunition depots can be found on the Environmental Protection Agency’s database of the most polluted sites in the nation, often because the sites are home to legacy burn pits as well as modern-day operations that dispose of unused weapons and ordnance by igniting the explosive material at “open burn” sites often hidden from public view. U.S. Air Force bases and other military installations have also contaminated water supplies in communities across the country with toxic “forever chemicals” in the PFAS family.

Back in Iraq, hazardous pollution left over from the 2003 U.S. invasion and years of occupation is also believed to be poisoning civilians, particularly children. For example, researchers have linked heavy depleted uranium used to reinforce U.S. weapons during the invasion to birth defects and high levels of lead in Iraqi children. However, that problem receives little U.S. media coverage as the government bickers over health care for its own veterans.

The military is also responsible for oil spills, pesticide contamination, radiation poisoning from nuclear weapons testing and many other sources of dangerous pollution. For years, the Department of Defense has denied, dismissed and downplayed the impact of these legacies even as explosive controversies and lawsuits filed on behalf of servicemembers and their families have piled up. While the Pentagon investigates environmental contamination at current and former military bases across the country, millions of pounds of munitions waste and billions of dollars worth of cleanup remains.

A 2015 federal survey of more than 28,000 veterans found that the vast majority worked at or around a burn pit during their deployment, and those who worked at the pits reported higher rates of respiratory illnesses such as asthma, as well as rare lung disorders. Still, it’s difficult to prove that a disease is the result of a particular environmental hazard, especially since the burn pits were not adequately monitored for toxic emissions to begin with. With veterans unable to prove a so-called “service connection” between burn pits and their current illness, Veterans Affairs has denied up to 78 percent of disability claims related to toxic exposure, according to reports.

The PACT Act currently before Congress would overhaul this system by expanding health care services for a broader range of conditions presumed to result from exposure to burn pits, radiation from nuclear weapons and Agent Orange, the toxic chemical unleashed during the war in Vietnam. Senate Majority Leader Chuck Schumer, a Democrat, has said he expects a vote on the legislation sometime this week.