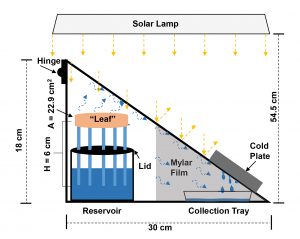 Water scarcity is one of the greatest threats of our century. It now affects around 1.1 billion people worldwide, with 2.7 billion people experiencing shortages in at least one month of the year. Goal Six of the United Nations Sustainable Development Goals (SDGs) aims to achieve water supply and sanitation for all by 2030 – as inadequate sanitation conditions in some regions of the world in particular, caused in large part by water scarcity, are an acute problem for 2.4 billion people (Source: WWF). The WWF predicts that by 2025, two thirds of the world’s population could experience water scarcity.

The sixth Sustainable Development Goal aims to reduce the consequences of poor water management and inadequate infrastructure. Every year, millions of people still die from diseases caused by inadequate water supply, sanitation and hygiene. Not only health, but also food security, livelihoods and education of many families are affected by this shortage.

According to the United Nations, there are enough freshwater sources on the planet to achieve SDG 6. However, access is problematic. Droughts also hit some countries harder than others and exacerbate consequences such as malnutrition. In recent years, some progress has been made with concrete measures: according to the UN, 90 percent of the world’s population now has access to improved drinking water supplies. (Source: UNRIC)

Scientists at the Virginia Polytechnic Institute and State University are conducting research on how to counter this global problem and have taken their inspiration from nature. In many places, such as the sea, water is often available in huge quantities, but we cannot drink it because it is contaminated or has a high salt content. The researchers therefore resorted to a process used by mangrove trees on coastal strips. These trees can grow in the highly saline waters of the oceans, such as on the Indonesian island of Pari. There, they offer the added benefit of mitigating flooding on the small island by reducing the strong currents caused by steadily rising sea levels.

Water Treatment Processes are Diverse – and so is their Effectiveness

But how can something like this be replicated synthetically and, more importantly, scaled up? Conventional solar stills – not in themselves a new innovation – first suck up water through an absorbent material. The water is then heated by sunlight and evaporates, causing it to rise further. The water vapour then hits a sloping ceiling and condenses there, whereupon the water runs back into a collection tray in liquid form. Many innovative water purification devices today are based on this basic design.

The idea of taking inspiration from nature and developing tree-like designs is also not new. Similar devices usually use the so-called capillary action: liquid adheres to the edges of a small area and pulls other molecules upwards due to the internal binding of the liquid. This can be observed, for example, in the hairs of a paintbrush when they pick up paint, or when liquids seep into porous material such as plaster. The problem with this application, however, is that it is difficult to scale.

Transpiration as a New Starting Point

For this reason, the researchers at Virginia Tech have also turned to the process of transpiration. This basically follows the natural process when water is transported by the roots of trees through their trunks to the leaves. Solar radiation also plays an important role here. The process is based on a suction effect that occurs when, due to decreasing water potential – the availability of water in the air surrounding the plant – water is drawn up from the roots via the trunk in the plant. This happens because the water potential causes the water molecules to diffuse out of the plant into the air, which in turn increases the pressure on the molecules in the plant. Finally, the water is then released back into the air through evaporation via pores on the underside of the leaves.

The innovative design for water treatment in the model

The synthetic version of this process consists of 19 plastic tubes, each 6 centimetres high and 3.175 millimetres in diameter. The water rises in these tubes and is then released through a graphite-coated ceramic disk, which provides a surface for evaporation similar to the leaves of mangroves. The big goal is to create a brine effect so strong that the water can be pulled through a salt filter without needing a mechanical pump – just like how mangrove trees survive in salt water.

The researchers at Virginia Tech are by no means the only ones with the vision of producing clean drinking water quickly and on a large scale in the future. Students from the USA have developed a portable bottle based on a similar design. The bottle also has several other advantages: among other things, the students have attached a kind of “solar fin” to the outside of the bottle, which is supposed to increase the speed at which the water flows through the filter. This should also increase the transpiration rate and ensure that the process is faster.

Inspired by Nature – and with a Future Too?

Trees continue to provide inspiration for designs that mimic the natural process of water filtration. The “Warka Tree” is a device that corresponds to the local meteorological, geographical and social conditions of communities with severe water scarcity in Ethiopia. The design is inspired by the giant Ethiopian Warka fig trees and can collect fog, condensed water and also rainwater during rainy seasons. Fog is also collected in Morocco to provide clean drinking water for local communities. There, there is the largest “fog harvesting” system in the world, which consists of 600 metres of a vertical square net, solar pumps and 8 kilometres of pipes. The water collected is piped directly to local communities. This has the added benefit of not having to travel long distances of several kilometres to fetch water – a task that often falls to the more vulnerable young women and girls.

However, one of the key issues with synthetic trees, as with many of the innovative designs for water purification, is their scalability. Trillions of people worldwide suffer from water scarcity, threatening not only their immediate daily lives and food security, but also the agricultural economy and the environment as a whole. To address this scarcity, innovations need to be implemented on a large scale. The Virginia Tech team therefore sees the need to conduct further tests with larger trees, multiple “leaves” and different membranes – also to achieve the desired, sufficient brine effect for filtering salt water.

But technical and especially digital innovations are only a starting point in the fight against the global water shortage. On the other hand, this often also has political causes, is promoted by war and conflicts and especially by a lack of infrastructure. Therefore, innovations alone are not enough – structural action must also be taken.