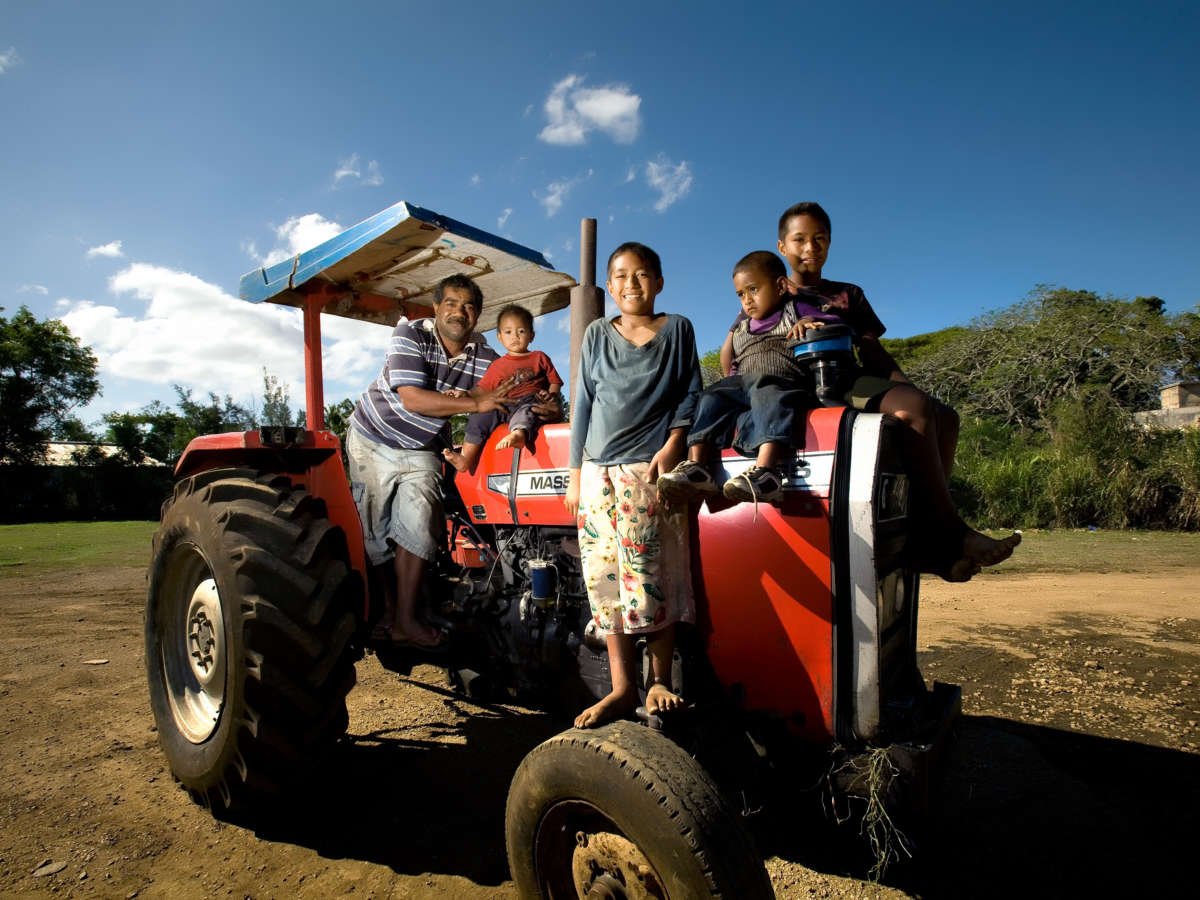 Pacific Islanders are no strangers to disasters. For millennia, island peoples have coped with and adapted to disasters like tropical cyclones and tsunamis, as well as unpredictable shifts in precipitation patterns, leading to droughts and floods.

Most coastal communities across the Pacific region are found on low-lying atolls and narrow coastal margins, which makes them particularly vulnerable to environmental extremes. But thanks to adaptive local cultural practices and knowledge, which make them more resilient, Pacific Islander communities have become adept at coping with disasters.

These subsistence practices especially helped rural Pacific Island communities cope through the early months of the COVID-19 pandemic in 2020. While many Pacific Island governments thwarted community transmission of the virus by closing international borders and imposing restrictions on movement, these same measures created hardships through employment losses and supply chain disruptions.

In our recent study published in Marine Policy and led by partners at the organization, the Locally Managed Marine Area Network, we found that despite early concerns, Pacific Island communities across seven countries — Papua New Guinea, Palau, Tonga, Tuvalu, Fiji, Federated States of Micronesia and Solomon Islands — remained relatively resilient through 2020, when some of the worst effects of the pandemic were being felt around the world. That’s because they were able to fall back on existing customs of food sharing and on their knowledge of food production techniques to ensure food availability during this period.

Strong social networks among Pacific Islanders have long fostered resilience to food system shocks, both within and between island communities. Historically, relationships built during ceremonial trade between islanders had the additional purpose of helping these communities to obtain or barter for goods needed during times of crop failure or natural disasters.

One excellent example of this is the Kula ring, first described in 1922 by anthropologist Bronislaw Malinowski in his tome, Argonauts of the Western Pacific. The Kula ring refers to a traditional trade alliance joining communities of east New Guinea. The main purpose of the Kula ring was to reciprocally exchange two goods with local symbolic value — long, red shell necklaces called soulava were traded for white shell bracelets called mwali.

An ax from Milne Bay Province and a Mwal shell from the Trobriand Islands, traditionally used as part of the Kula ring trade alliance in Papua New Guinea, on display at the Macleay Museum in Sydney, New South Wales.Merryjack / Flickr

Through this trade, other ordinary goods such as food items were also exchanged on the side, which solidified lasting relationships between groups that could provide assistance to each other to recover from disasters.

This type of food sharing ensured survival in these communities. In addition to trade alliances, other strategies promoted resilience via bet-hedging. Examples of this include crop diversification; surplus food production, preservation and storage; maintenance of tenure boundaries (land or sea areas over which kinship groups control access and use of natural resources); and cooperation among family groups and clans under traditional governance hierarchies. Many of these practices are still in place today and are visible in communities that have been best able to weather impacts from natural disasters and sudden shocks.

For example, Tropical Cyclone Ofa hit Samoa in 1990. Although important cash crops such as coconut were severely affected during the cyclone, local communities maintained resilience through community cooperation and cohesiveness, including through food exchange. In some cases, village chiefs instructed farmers to plant fast-growing crops on available communal lands. Meanwhile, several villages revived the fading practice of pit fermentation of breadfruit immediately following the cyclones to maintain a steady food supply.

While carrying out surveys for the Marine Policy report, we also found that rural communities in Papua New Guinea that were simultaneously affected in 2020 by both the pandemic hardships and a severe drought turned to bartering for goods between communities and relying on sago palm production to supplement agricultural activities.

One man from Palau who responded to our survey noted, “It is part of our culture to share food with others,” adding that he and other fishermen “started sharing more than we normally do because we couldn’t sell our catch, especially when COVID-19 started, and there were no tourists coming.”

In Fiji, where many villages were battered by Tropical Cyclone Harold in early April 2020 just before the government imposed pandemic-related travel restrictions, a female respondent reported that, “Some farms were affected during the cyclone and, on top of that, we couldn’t go to town to buy groceries because of travel restrictions. So, we were depending on seafood.”

These sentiments were heard consistently across the Pacific, where rural residents fell back on their knowledge of salting fish, tending taro patches, and using ancestral techniques and methods handed down by previous generations.

Disasters in the Pacific region are inevitable. The eruption on January 15 of the Hunga Tonga-Hunga Ha’apai volcano, with more power than an atomic bomb, created a tsunami that was felt as far away as Japan and California. Moreover, it had a devastating impact on infrastructure in the low-lying islands of Tonga and destroyed crops through ash fall.

But the signs of resilience are already showing. Tongan communities around Oceania have galvanized to organize shipments of food supplies and aid — demonstrating the strength of social networks that can be nearly instantaneously activated. In the weeks and months ahead, customs of food sharing and knowledge of food preservation will most certainly be put to use to get communities through this time of hardship.

This article was produced by Earth | Food | Life, a project of the Independent Media Institute.