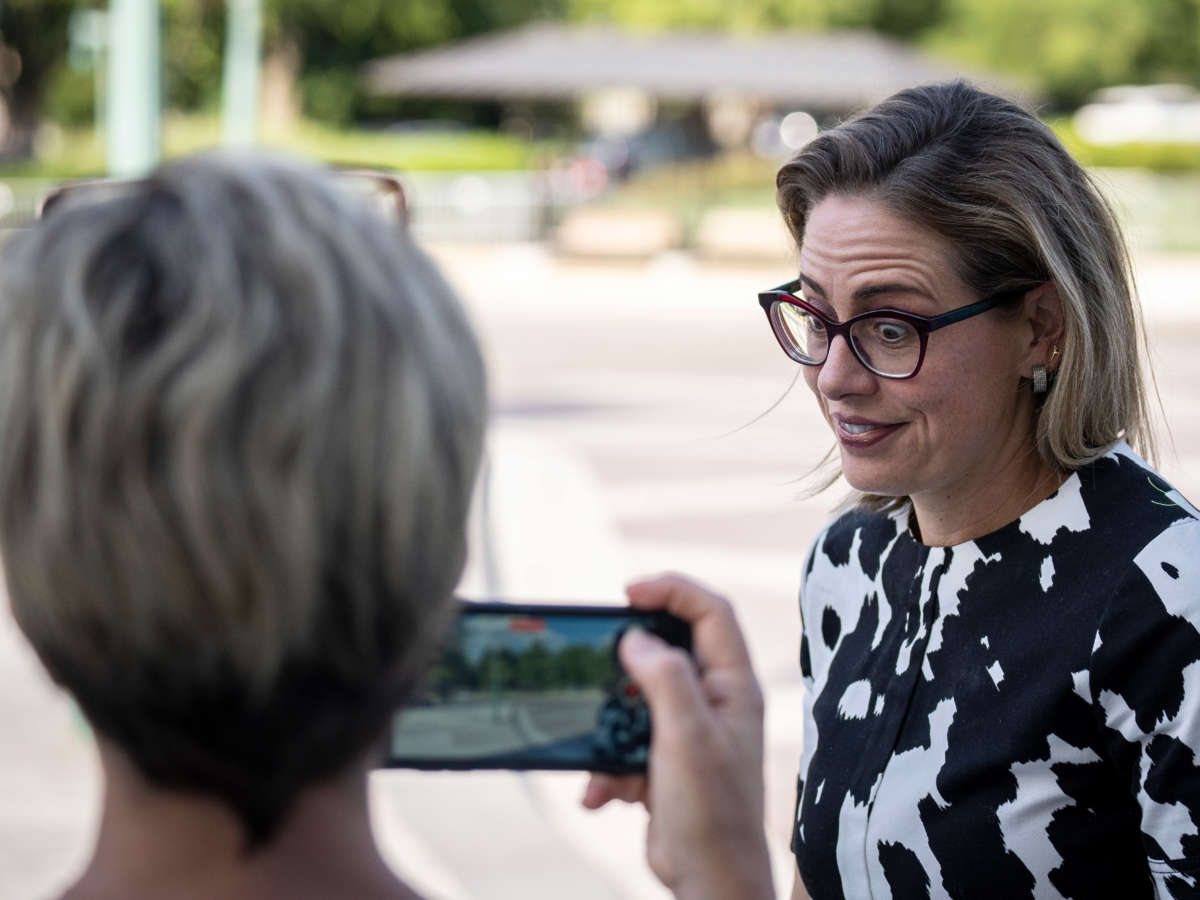 The carried interest provision of the reconciliation package would raise an estimated $14 billion in federal revenue over a decade by subjecting more of the income of wealthy investors to a tax rate higher than the 20% long-term capital gains rate.

Sen. Joe Manchin (D-W.Va.), who negotiated the new Inflation Reduction Act, has said he is “adamant” about keeping the carried interest change in the legislation, setting up a potential conflict between the party’s two right-wing obstructionists as Democrats attempt to pass the bill this week.

Last August, Sinema held a high-dollar fundraiser at the winery.

“Will she sink our last chance at investing in climate on behalf of her private equity buddies?” PCCC asked.

Robert Reich, the former secretary of the U.S. Department of Labor, noted Wednesday that “Wall Street has donated over $2 million to Sinema since she took office in 2017.”

“Looks like they are getting a huge return on their investment,” Reich added.

According to Bloomberg, Sinema is also pushing Democratic leaders to “narrow” the 15% corporate minimum tax proposed in the new legislation. The Tax Foundation estimates that the provision, which Manchin has endorsed and vocally defended, would raise $200 billion in federal revenue over a decade, helping to fund a significant chunk of the roughly $740 billion reconciliation package.

“Sinema has been faced with a barrage of lobbying from business interests and Senate Republicans,” Bloomberg reported Wednesday. “She has met in recent days with business groups representing her state as well as her GOP colleagues. Groups representing private equity and manufacturers have also been conducting advertising and advocacy campaigns to reach Sinema and Arizona voters since the proposal went public last week.”

Over the weekend, as Common Dreams reported Tuesday, a prominent member of the Koch network launched ads urging Sinema to tank her own party’s bill, which includes major renewable energy investments and limited drug price reforms.

Bloomberg pointed out that “the changes Sinema is seeking could end up shaving tens of billions — or more — of revenue from the bill.”

“That would likely mean that Democrats would have to cut into some of the roughly $300 billion worth of deficit reduction in the bill,” the outlet noted, “or trim some of the spending on climate and health initiatives.”

In an assessment released Wednesday, the Congressional Budget Office determined the bill would shave $102 billion off the federal deficit over ten years.

Sinema’s support, along with that of every other member of the Senate Democratic caucus, is needed to get the legislation over the finish line.

In a Tuesday letter endorsing the Inflation Reduction Act, nearly 130 leading economists including Joseph Stiglitz of Columbia University argued that the bill in its current form “would be more than fully paid for.”

“The revenue raised to finance them would come exclusively from wealthy individuals and corporations,” the economists wrote. “Further, the revenue stems from enhanced tax enforcement and closing some of the most distortionary loopholes in the tax code.”