Outraged Uvalde Residents Rise Up Against Local Fundraiser for NRA 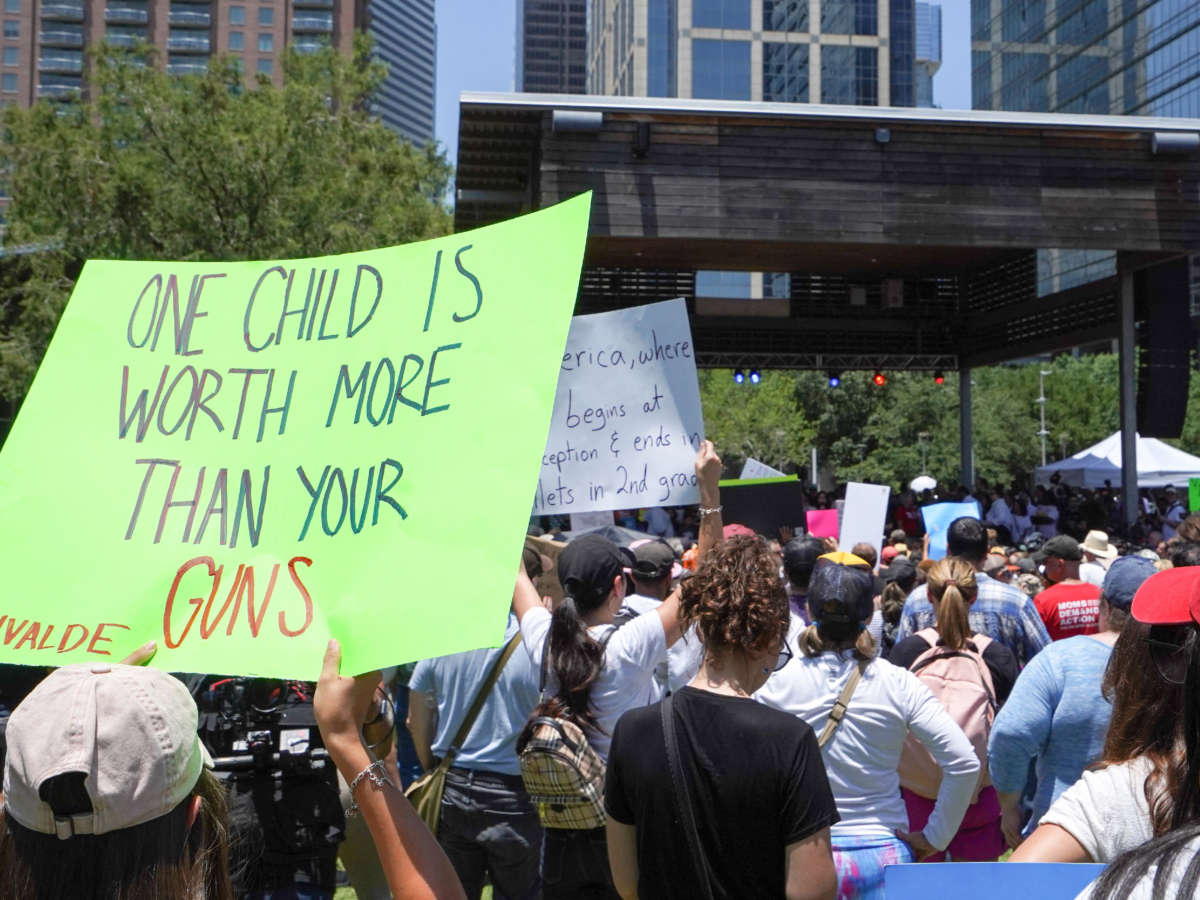 A fundraising event planned by charity for National Rifle Association (NRA) in Hondo Texas, some 40 miles away from the Robb Elementary School shooting, was canceled after relatives of the victims demanded that the Hondo City Council nix the fundraiser.

The Hondo City Council voted 4-to-1 on Monday to deny Friends of the NRA, the foundation that planned the fundraiser, a space for the event in the city’s Medina Fair Hall after relatives protested the affair.

“It is a slap in the face to all of Uvalde, especially the ones that lost a loved one, some of us being here today. What’s an even harder slap in the face is the AR-15 you get if you donate $5,000 to the NRA,” Jazmin Cazares, whose sister died in the Uvalde massacre, told CNN. “What you guys decide to do next with this NRA meeting either proves me right or proves me wrong about how I feel about Hondo.”

“Us as parents deserve better than this. I mean, you can’t sit here and try to sell a rifle strikingly similar to the one that killed our children, you know, less than 60 days after they passed away,” Angel Garza, the stepfather of a child who was killed in the massacre, echoed to a CBS affiliate.

The event would have taken place just months after an 18-year-old shooter in Uvalde, Texas stormed the Robb Elementary School with a semiautomatic assault rifle, gunning down nineteen students and two teachers.

Uvalde family members of victims spoke up at a neighboring town’s city council meeting about a local NRA fundraiser that would be raffling off an AR-15….they were met with snickering and jeers

*The NRA is a terrorist organization pic.twitter.com/h8V2fVU5eA

Just days after the shooting, numerous gun reform advocates called on the NRA to cancel its convention in Houston. However, the group refused to do so, allowing thousands of attendees, along with numerous conservative lawmakers, to sell pro-gun paraphernalia and parrot talking points about the importance of preserving the Second Amendment’s right to bear arms.

This week, planners of the event stressed that the fundraiser is not technically affiliated with the NRA and that it had been months in the making.

“These events are planned months in advance with the goal of raising funds for local programs that promote safe and responsible gun ownership,” Lars Dalseide, a spokesperson for the NRA, told CNN. “Penalizing hundreds of volunteers and participants at the 11th hour for the crimes of a sick, evil criminal is misguided and wrong.”

The fundraiser has taken place consistently over the past fifteen years. Event planners were expected to conduct a gun raffle.