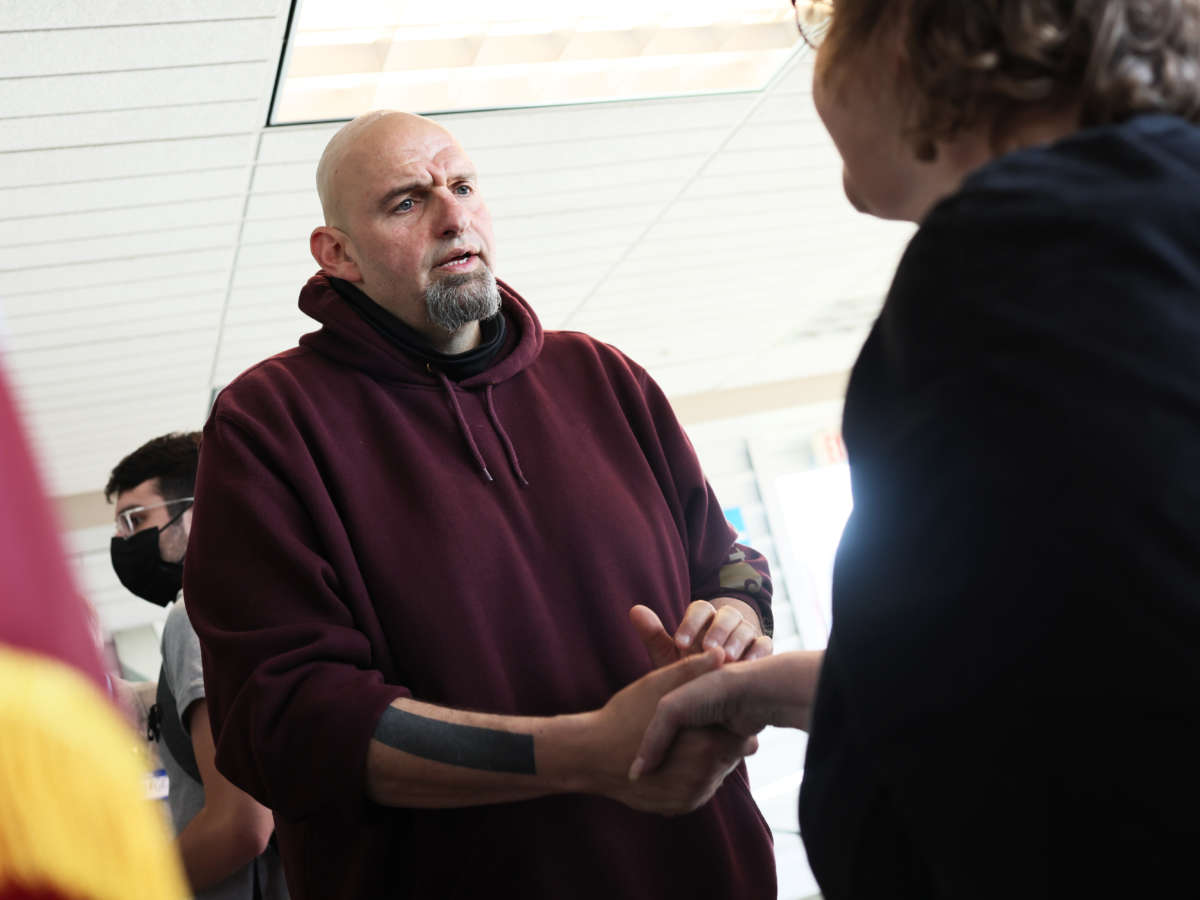 Candidates running for U.S. Senate have collectively raised more than $970 million, according to data from federal campaign finance filings analyzed by OpenSecrets, which includes candidates who lost in primaries.

More than $138 million of the money flowing into U.S. Senate races came from candidates self-financing their own campaigns.

When voters across the country cast their vote in November, 35 Senate seats will be on the ballot. Of those seats, 14 are controlled by Democratic incumbents and 21 by Republicans. No incumbents are running in seven of these races — one seat is currently held by a Democrat and six are held by Republicans.

Democrats currently hold the majority in the Senate with 48 seats, while Republicans control 50 of them. There are two independent senators who caucus with Democrats and are not up for reelection this year. Vice President Kamala Harris holds the tie-breaking vote for the Democrats.

Democrats aim to expand their slim majority in the Senate, while Republicans hope to shift the House under their control. If Democrats lose even one Senate seat in November without simultaneously gaining another, Republicans will have a majority.

States with Senate races that have not topped $10 million in fundraising include Arkansas, Maryland, Kansas, North Dakota, Idaho, Vermont, Hawaii and Oklahoma. The money raised by candidates in each of these races ranged from $3 million to nearly $9 million. None of these races are currently expected to be competitive, according to ratings by the Cook Political Report.

Based on Cook Political Report ratings and campaign finance data analyzed by OpenSecrets, this article expands on a previous analysis of the most expensive Senate races with outcomes that could flip the power balance in the chamber this cycle.

Sen. Pat Toomey’s (R-Pa.) decision not to run for another Senate term in 2020 turned Pennsylvania into one of the most high-stakes Senate contests for both Democrats and Republicans with as many as 26 candidates seeking the nominations for the open seat.

Lt. Gov. John Fetterman (D) won the Democratic nomination in Pennsylvania’s May 17 primary with almost 59% of the vote despite suffering a serious stroke just days before the election. Mehmet Oz — celebrity heart surgeon and host of the Dr. Oz show — won the Republican primary with 31% of GOP votes.

Fetterman raised nearly $26 million — the highest amount among all the contending candidates in Pennsylvania’s Senate primary — through June 30. He was also the biggest spender ahead of the primary, with more than $20 million in campaign expenditures.

Oz narrowly won Pennsylvania’s Republican Senate primary despite Republican rival Dave McCormick’s targeted ads that called Oz a “Hollywood liberal” and a “Republican in name only,” among other allegations.

A Suffolk University and USA Today Network poll found the Pennsylvania Senate race in November is likely to be a tight one. According to the poll, Fetterman polled 9% ahead of Oz, who managed to overcome multi-million dollar campaigns by outside groups tarnishing his name.

Oz’s candidacy relied heavily on self-financing. Filings with the Federal Election Commission reveal that Oz loaned his campaign more than $14 million of the nearly $19 million raised so far this cycle.

Despite spending more than Oz, Fetterman was left with $5.5 million — five times more cash on hand than Oz — at the end of June.

A state President Joe Biden (D) won in 2020 after former President Donald Trump won in 2016, Pennsylvania is projected to be one of the battleground Senate seats up for grabs in the November election. For Democrats, it would be crucial for their bid to expand their marginal majority in the Senate. For Republicans, it is a seat to save if they intend to regain control of the Senate.

Warnock raised close to $60.4 million — about three times more than what Walker raised. The majority of Warnock’s funds also came from individual contributors, though he received more PAC money than his opponent.

Walker’s campaign has been fraught with scandals about his fake credentials, domestic violence allegations and the actual number of children fathered by him. The Republican nominee has also attracted media scrutiny for echoing disproven claims of the 2020 election being stolen, his comment on how Black Americans should not receive reparations, denial of climate change and blaming other countries for “bad air” in the U.S., among other things.

Despite the mounting controversies, Walker received over $19 million in individual donations, and about $380,000 from PACs. And polls show Walker is a popular Senate choice, with multiple surveys finding the former athlete trailing Warnock by only a few points.

The most recent poll from AARP Georgia saw Warnock leading with 50% of likely voters to Walker’s 47%. A Data for Progress poll showed only a 2% difference, but a Quinnipiac College poll found Walker trailing behind by 10 points.

After Democrats flipped two Georgia Senate seats and Biden won the presidential election there, Georgia could be expected to lean blue. But Cook Political Report rates the contest a toss-up.

Republicans currently hold both Senate seats in Florida and incumbent Sen. Marco Rubio (R-Fla.) is up for reelection in 2022. Analyses by the Cook Political Report and POLITICO project a win for Rubio, but several Democrats are vying for the chance to unseat him in November.

Rubio has represented Florida since 2010 when he first won the state in a red wave. He won reelection in 2016 by defeating Rep. Patrick Murphy (D) with a margin of just under 8 percentage points.

Demings served as Orlando’s first woman police chief for 27 years and was shortlisted by Biden for vice president ahead of the 2020 election, as highlighted in an ad campaign. She also has close to $13 million cash on hand. In April, her campaign boasted it had more cash on hand than any Florida Senate challenger in history.

Like Fetterman, Demings benefited most from small individual contributions that made up for 56% of the $42 million that she raised. Rubio, who raised about $34 million, received more than $12 million from small donors.

After winning a special election in 2020, Democratic incumbent Sen. Mark Kelly (D-Ariz.) is running for a full six-year term in the Senate. He has $52 million raised and nearly $25 million on hand as of June 30, and he received the bulk of his funds — nearly 97% — from individual contributions.

For the Arizona Senate race’s Republican primary winner, Blake Masters, around 87% of the close to $4.9 million raised came from individual donations. The rest of his funds came from self-financing and PAC contributions. Trump endorsed Masters earlier this year. Masters was among those who supported Trump’s false claims that the 2020 election was stolen and downplayed the Jan. 6 insurrection at the Capitol.

Among the five Republican candidates who ran against each other on Aug 2., solar energy entrepreneur Jim Lamon’s campaign raised most, though he largely self-financed the campaign’s $15 million haul. Nearly 93% of his campaign cash came from his own pocket.

Attorney General Mark Brnovich raised $3 million. Trump rebuked him for certifying Biden’s win, and he was also in the news for being against an abortion-related lawsuit that challenged legislation banning access to reproductive care in the state.

With no primary opponents, Kelly has been targeted by ads by GOP candidates that paint him in unflattering lights. But as a state that Biden narrowly won in 2020, Arizona’s Senate seat is a toss-up this November.

In Ohio, Trump-backed Republican candidate J.D. Vance emerged victorious from one of the most competitive GOP primaries this election cycle. He will face off against 10-term Rep. Tim Ryan (D–Ohio), who easily won the Democratic primary, for Ohio’s open Senate seat.

The two are competing for the seat opened by retiring Sen. Rob Portman (R-Ohio), who was first elected in 2010. Trump won Ohio twice, including a record win in 2020, indicating it is more likely to lean more red than blue for this election.

A former marine, Vance served in the Iraq War and holds a law degree from Yale Law School. He is also the author of the bestselling book-turned Netflix movie, Hillbilly Elegy.

The fundraising margins between the two are huge — Ryan raised more than $21 million to Vance’s $3.6 million. Much of Vance’s funds came from financing his campaign with $700,000, and a vast majority – over 70% of it — came from individual contributions, in addition to some PAC money donations.

Incumbent Sen. Ron Johnson’s (R-Wis.) candidacy has no shortage of contenders with 13 Democratic and four Republican candidates vying to unseat him.

Johnson has raised $17.3 million, the most among all candidates currently vying for the Wisconsin Senate seat this cycle.

Former Democratic contender Alex Lasry raised over $18 million. Along with Lasry, Tom Nelson dropped out of the race during the last week of July, both endorsing Lt. Gov. Mandela Barnes (D) in their stead. Barnes has raised a total of $6.9 million.

Lasry, who self-funded nearly $15 million of his campaign’s funds, was considered to be the front runner before he dropped out of the race. Lasry also declared his intent to utilize almost $600,000 worth of previously purchased airtime to prop up Barnes and air ads targeted towards Johnson.

But Lasry’s departure from the race is expected to create an open and clear path for Barnes to win the Democratic primary on Aug. 9.

Elections in Wisconsin have seen unexpected results with slim margins before. In the 2020 presidential elections, Biden managed to narrowly beat Trump in the state, while Trump won the state in 2016 by a similarly narrow margin. Prior to the 2016 election, Wisconsin was a consistently blue state since the 1980s.

Both candidates received more money from individual contributions than PACs.

While Cortez Masto easily bested her primary opponents, the Trump-backed Laxalt could prove to be a far more difficult opponent in November. According to FiveThirtyEight, Cortez Masto polls ahead of Laxalt by only 1.5% in projected votes.

Incumbent Republican Sen. Richard Burr’s decision not to seek reelection leaves the open seat up for grabs by multiple opponents from both parties. Democrat Cheri Beasley, the first Black woman to serve as chief justice of the state’s Supreme Court, emerged victorious in the Democratic primary after facing little to no opposition. Rep. Ted Budd (R-N.C.), another Trump endorsee, won the GOP nomination.

Beasley raised close to $16 million, with about $1,000 going into self financing her campaign. On the other hand, Budd poured more than $275,000 into self-funding his campaign, accounting for around 4% of the $6 million it raised.

Budd was also heavily supported by the Club for Growth Action PAC, which spent nearly $7 million in favor of him, and over $4 million for targeted ads against his Republican contenders Rep. Mark Walker and former Gov. Pat McCrory — who was known for signing the “bathroom bill.”

FiveThirtyEight predicts Budd is slightly favored to win the race, with Beasley currently trailing behind Budd by less than 1%. But as a state that Trump won twice, POLITICO and Cook ratings forecast North Carolina to lean Republican.

Editorial and Investigations Manager Anna Massoglia contributed to this report.