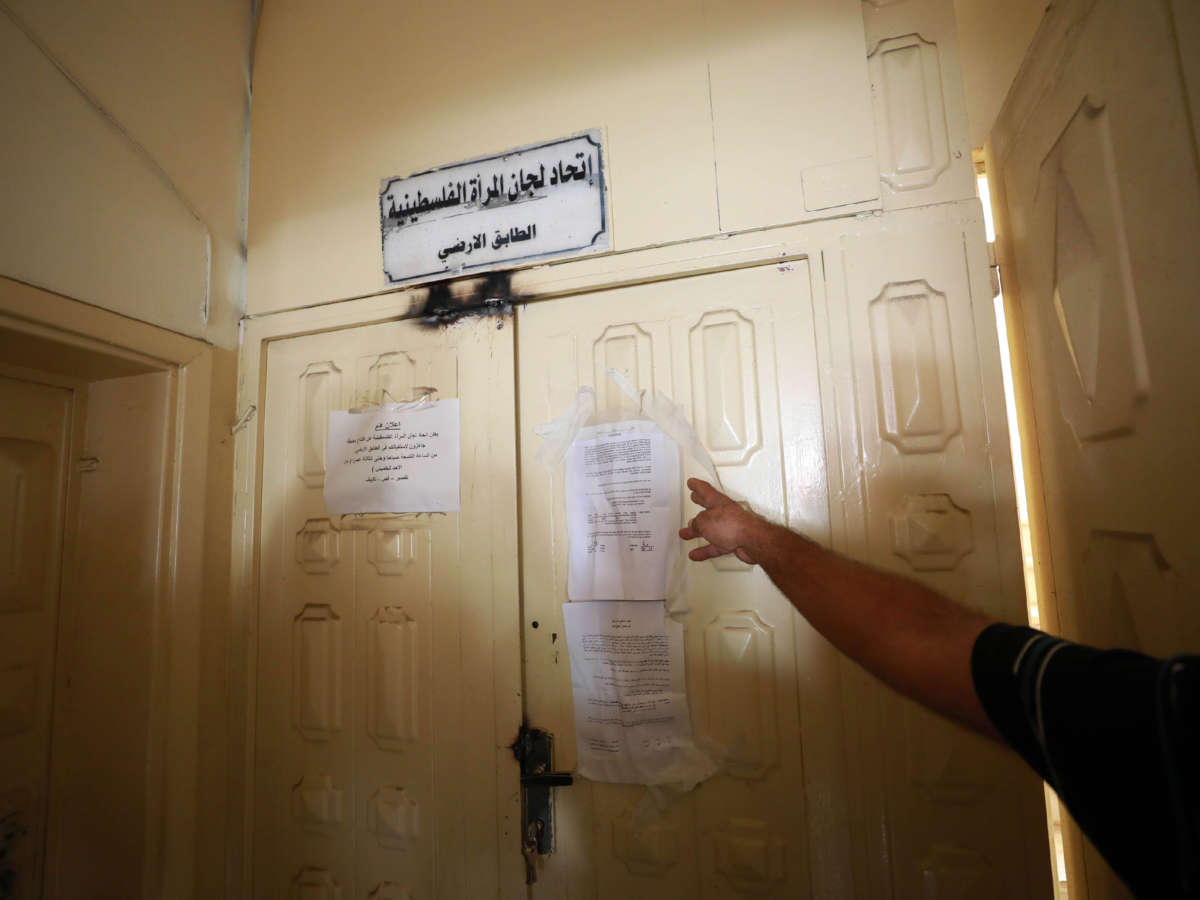 Israeli forces raided, ransacked, and shuttered the offices of several top Palestinian civil society groups in the West Bank in the early hours of Thursday morning, a move the organizations denounced as retaliation for their efforts to end the decades-long occupation and hold Israel accountable for its ongoing war crimes.

Al-Haq, Addameer, the Bisan Center for Research and Development, Defense for Children International-Palestine, the Union of Agricultural Workers Committees (UAWC), and the Union of Palestinian Women’s Committees (UPWC) were among the groups whose West Bank offices were stormed by Israel, which has accused the organizations of harboring ties to “terrorists.”

The groups deny that allegation as a smear aimed at justifying Israeli forces’ suppression of legitimate human rights work in the occupied enclave, which Israel has subjected to years of bombing, military raids, and economic strangulation.

At some of the offices, the Israeli soldiers barred the entrances and left behind notices that the groups’ activities have been deemed illegal.

BREAKING The Israeli occupation forces raided UAWC’s office early this morning 18th of August, as well as the offices of the other #6organizations. They destroyed office equipment, confiscated materials and left a closing order behind. pic.twitter.com/hVaHrRIaKS

Al-Haq said Thursday that Israeli soldiers “forcibly blasted through the locked security door” of its offices in Ramallah, “bursting the door from its hinges and raiding the premises, setting off the alarms.”

The soldiers proceeded to “systematically” infiltrate “each room,” the group continued, “blasting the hinges off the locked doors of the finance department, the administrative office, the general director’s office, and the main server room, causing material damage.”

“In targeting the Palestinian civil society organizations, Israel is dismantling the very fabric of the Palestinian society and systematically removing the critically vital monitoring and oversight institutions necessary for a viable and functioning society based on the principles of democracy, human rights, and the rule of law,” the group added, imploring the international community to “immediately reverse the military order designating the six organizations as unlawful associations.”

Al-Haq also urged governments to “take concrete measures, such as trade restrictions and arms embargoes, to ensure that Israel is held internationally responsible for its ongoing systematic inhumane acts of apartheid, including the persecution of Palestinian human rights defenders.”

Middle East Eye reported that the raids came after Israeli Defense Minister Benny Gantz “announced on Wednesday that the terror designation of three of the groups had passed into law.”

“The other three, which had challenged their terror designations, had their appeals rejected,” the outlet noted. “Adalah, the Legal Center for Arab Minority Rights in Israel, which represented the six groups with private attorneys, said no explanation was given to the groups.”

Adalah attorneys Dr. Hassan Jabareen, Adi Mansour, and Rabea Agbariah and private attorneys Michael Sfard and Jawad Boulos said in a statement that “Israel continues to persecute Palestinian human rights and civil society groups with the clear aim of silencing any criticism against it.”

“The effort is led by a defense minister, Benny Gantz, suspected of committing war crimes, in an attempt to terrorize those who will testify against him and his actions,” they added.