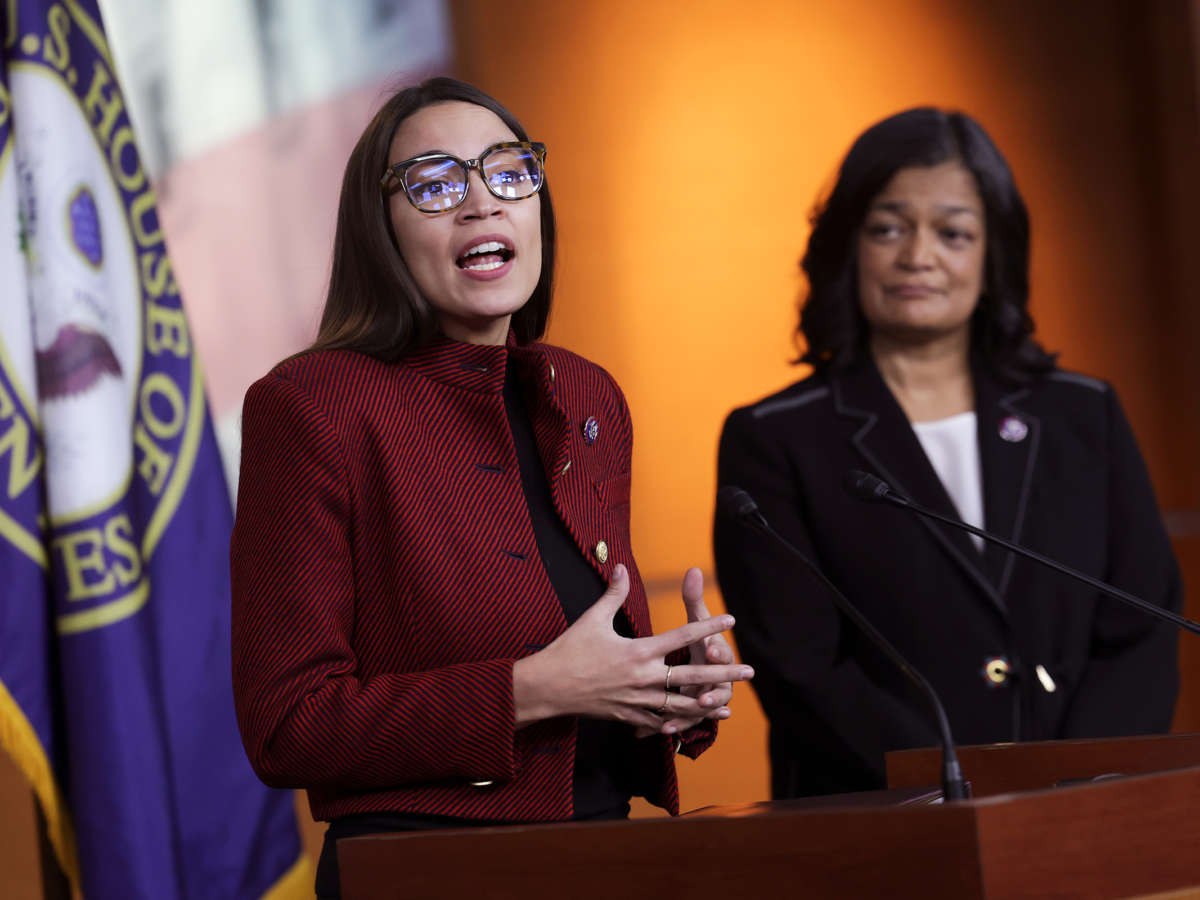 During a bank oversight hearing this week, Republican Rep. Trey Hollingsworth boasted that one of his staffers would soon be leaving Congress to work on Wall Street, offering a glimpse of the legalized corruption that permeates the highest levels of the U.S. political system.

Perhaps free to speak so candidly because he’s not running for reelection, Hollingsworth (Ind.) happily announced that one of his top aides, Sruthi Prabhu, is departing his office next week to join Bank of America, a powerful institution whose CEO testified at Wednesday’s House Financial Services Committee hearing alongside other top industry executives.

“She is very, very excited,” said Hollingsworth, whose past campaigns were funded heavily by the finance and investment industries. “I hope you will take good care of her and know and recognize the talent she has shown already in our office. I’m sure she’ll do the same at Bank of America.”

“We will do that,” responded Bank of America CEO Brian Moynihan. “And her father already works for us.”

A truly wild moment yesterday from the House Financial Services Committee, where they laugh about the revolving door from Congress to the banks. pic.twitter.com/LnHDlj6ZJu

Rep. Alexandria Ocasio-Cortez (D-N.Y.), a member of the House Financial Services Committee, wrote in a Twitter post Thursday that she “was in the room when this happened and it was just as gross and wild in person as it is here.”

“People rightly discuss conflicts of interest of members of Congress, but lobbying of senior staff (who move on behalf of members and committees) is a huge part of the problem too,” Ocasio-Cortez noted.

Donald Sherman, chief counsel at Citizens for Responsibility and Ethics in Washington, expressed a similar sentiment, writing, “This is gross.”

The exchange between Hollingsworth and Bank of America’s CEO provides a striking look at a phenomenon commonly known as the revolving door, which describes the seamless employment track from Congress to the industries lawmakers are tasked with regulating, and vice versa.

The revolving door between committees that oversee the nation’s banks spins particularly fast: Many lawmakers and aides involved in crafting — and watering down — Wall Street regulations in the wake of the 2008 financial crash went on to take jobs at large financial institutions.

Public Citizen has estimated that in the midst of the economic crisis, the financial services industry deployed more than 1,400 former federal employees — including ex-committee staffers — to lobby Congress on banking issues.

Walter Shaub, a senior ethics fellow at the Project on Government Oversight and the former head of the Office of Government Ethics, called Hollingsworth’s jovial back-and-forth with Bank of America’s top executive “absolutely wild.”

“I’m not an extremist who thinks people should be unemployable, but anyone who says Washington’s revolving door isn’t a problem is either lying or hasn’t spent much time with folks working on the Hill or in presidential administrations, including this one.”

Some who have spent substantial time working on Capitol Hill, such as Sen. Bernie Sanders (I-Vt.) aide Warren Gunnels, reacted with disgust to Wednesday’s hearing.

“I’ll never forget, after a meeting with GOP staff on the financial services committee one day, I said I had to work with Bernie on a statement and questions for an upcoming hearing,” Gunnels recounted. “They laughed and said, ‘You’re so funny! Banking lobbyists write all of our statements and bills for us.’”