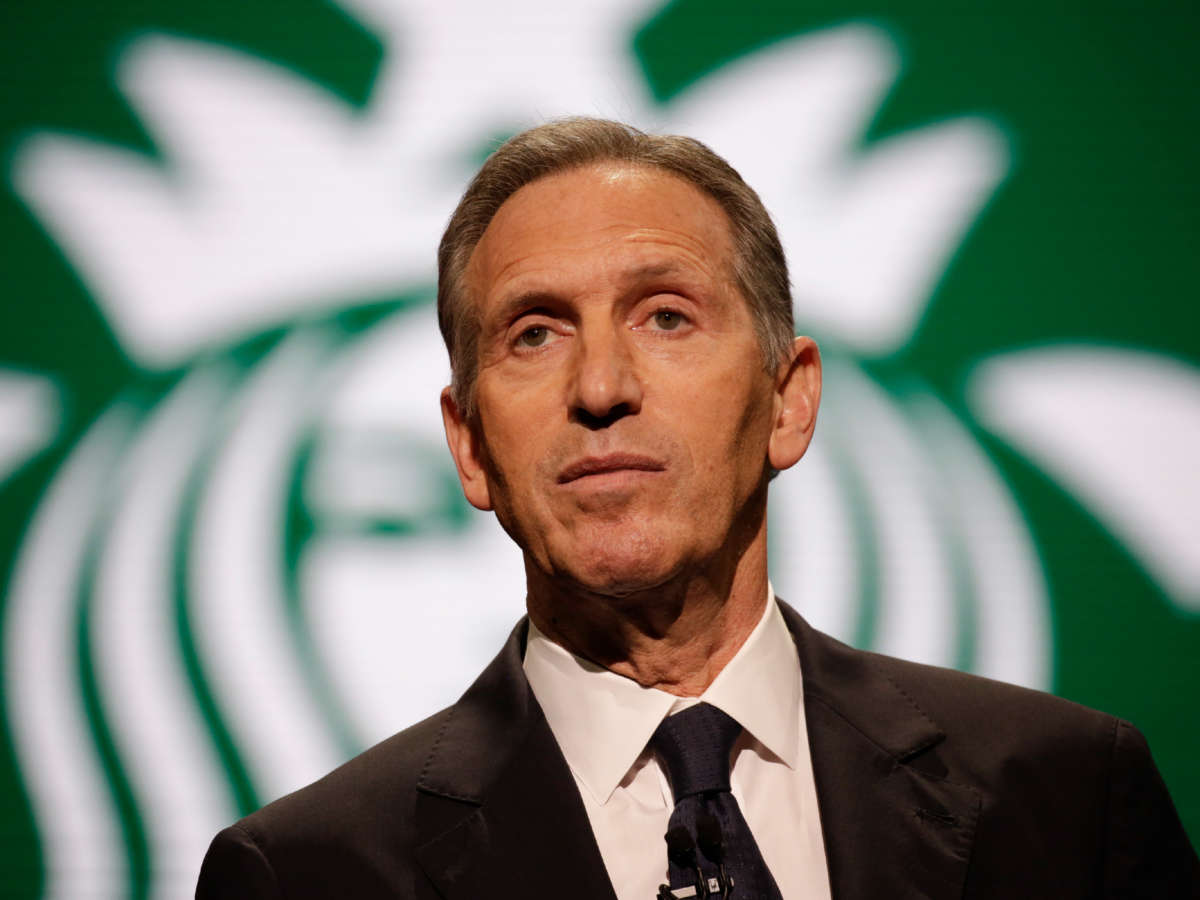 Senators Bernie Sanders (I-Vermont) and Elizabeth Warren (D-Massachusetts) have condemned Starbucks for its ruthless campaign to stymie the growing union effort in its retail stores across the country and are asking the company to answer for its “unethical and unlawful” union-busting tactics.

In a letter sent to Starbucks CEO Howard Schultz and Board of Directors Chair Mellody Hobson on Tuesday, the lawmakers expressed concern over the seemingly endless anti-union tactics that the company has been using as workers have waged a historic union campaign over the past year. They demanded that the company put an end to its union busting and allow workers to unionize freely.

Lawmakers highlighted several union-busting tactics that have been used by the company, which they say appear to be in direct violation of federal labor laws. On top of the company’s continual efforts to intimidate and coerce unionizing employees, the letter points out that Starbucks has withheld a wage increase and benefits for trans health care, abortion travel, student loan repayment and better sick leave accrual from union members, moves which “appear to be illegal under the plain text of the National Labor Relations Act (NLRA).”

Indeed, National Labor Relations Board (NLRB) officials have said that Starbucks’s withholding of wage and benefits increases are illegal. The board is scheduled to attempt to prosecute the company for these actions at the end of this month — but, even if the board is able to force the company to face legal consequences for its actions, labor laws are notoriously weak and would not necessarily dissuade the company from union busting.

“We are deeply troubled by Starbucks’s anti-union campaign, including the ongoing and illegal weaponization of benefits against unionizing workers, and the company’s brazen efforts to flout the NLRA,” the lawmakers wrote. “We urge you to immediately end these tactics and recognize and bargain in good faith with unionized workers.”

The letter, also signed by Senators Ed Markey (D-Massachusetts) and Richard Blumenthal (D-Connecticut), concludes by demanding that the company provide information on how managers have been instructed to respond to the union and which benefits have been rolled out to non-union stores.

Lawmakers also demanded that Starbucks disclose how much the company has spent on its union-busting campaign. It is typical for companies to spend millions on expensive anti-union lawyers in efforts to dissuade workers from unionizing.

Starbucks’s anti-union campaign doesn’t appear to be slowing down. According to the union, Starbucks Workers United, the company closed yet another unionized location this week, this time in Colorado Springs, Colorado. This is the ninth unionized or unionizing store that’s been permanently closed in recent months, the union says, in what it calls “clear retaliation” for unionizing efforts.

The company has also fired over 110 union organizers in recent months, according to the union, and has been delaying bargaining with its over 220 unionized stores. After months of the union pressuring the company to set bargaining dates, the company announced last month that it would finally begin the bargaining process — despite some stores having won their union elections almost a year ago now.

Starbucks has faced pressure from progressive lawmakers to end their union-busting practices before. In March, Sanders sent a letter to Schultz urging him to “do the right thing” and allow workers at the company to unionize. The Vermont independent has continually supported unionizing Starbucks workers throughout their campaign, visiting Boston workers as they held the longest strike in Starbucks’s history and rallying with workers, encouraging them to continue holding the torch for the burgeoning labor movement.