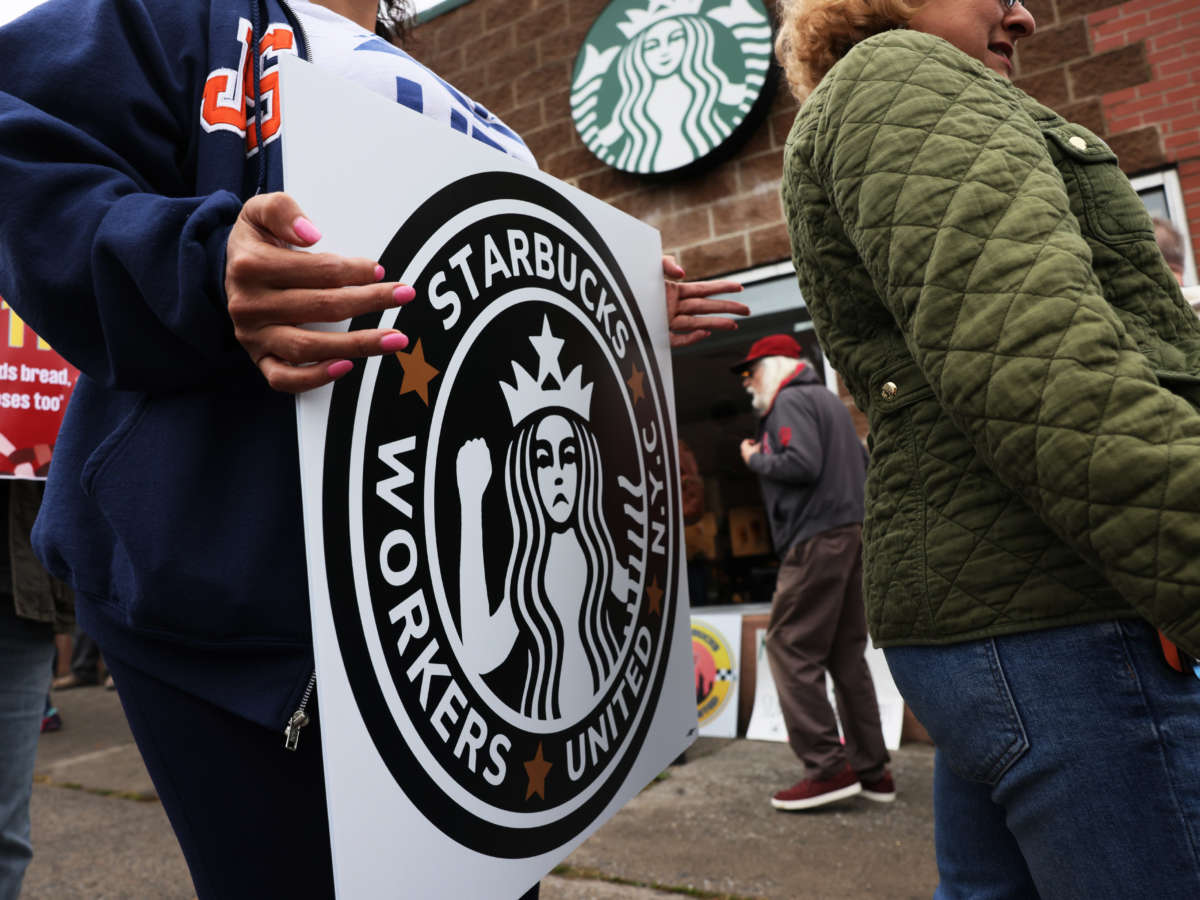 A Starbucks union organizer in Buffalo says that he was fired by the company for refusing to remove a mental health awareness pin that he was wearing to honor a coworker who died earlier this year.

As reported by Bloomberg, Starbucks fired prominent union organizer and barista Will Westlake on Tuesday. Westlake worked at one of the stores that had originally petitioned to unionize last year, kicking off what would become a historic union drive.

The company said that he was being fired for “refusal to abide by the dress-code policy” and attendance issues. Westlake says that he has been sent home dozens of times by management after refusing to remove the pin depicting interlocked fingers with the text “You are not alone” and a URL for the American Foundation for Suicide Prevention (AFSP).

According to Westlake, he and his coworkers began wearing suicide prevention pins in honor of a coworker who died by suicide earlier this year. Management repeatedly told workers to remove the pins and eventually implemented a new policy barring such pins. But although other coworkers stopped wearing their pins, Westlake continued to wear his.

On Twitter on Tuesday, Westlake walked through the company’s alleged actions surrounding his coworker’s death, demonstrating, if true, the cruelty with which the company treats its employees.

Westlake says that, shortly before his coworker’s death, the company retaliated against her for being an original signer on the letter announcing their union effort, blocking her transfer to a store close to her college. The company then sent five managers to her funeral, Westlake wrote, and forced her coworkers to go back to work directly after the funeral.

“When I first decided that I was going to keep wearing the [ASFP] pin, I truly thought that the company would back down. That they would see what the workers were going through, having to engage in psychological warfare over a union campaign because the company was being cruel,” Westlake wrote.

“Today I was fired, the company refused to see that firing someone for expressing solidarity with suicide prevention is wrong,” he continued. “I hadn’t been allowed to work a shift at my store for nearly 4 months. Every shift for 4 months I was sent home for wearing a suicide awareness pin.”

The union has filed an unfair labor practice complaint over Westlake’s termination, saying that the move is retaliation for being a union activist. It is illegal for employers to retaliate against workers for wearing union regalia or for participating in union organizing. The company maintains that it does not retaliate against workers for union activity.

A former labor board official told Bloomberg that the pin could be seen as a symbol of unity among unionizing workers, who are often made to feel isolated by anti-union tactics. President Joe Biden’s labor board has continually ruled in favor of workers’ ability to wear union insignia at work.

“An argument could be made that this button is symbolic of solidarity with folks that are burdened with these kinds of psychological pressures as a result of a hostile work environment that the union is trying to fight against,” former National Labor Relations Board (NLRB) chair Mark Pearce said.

The union says that the company has continually relied on retaliatory tactics to suppress worker organizing, including firing over 120 union activists in workers’ union campaign so far. Starbucks has also permanently closed several stores where union activity has taken hold, withheld benefits and wage raises from workers, and more. There are currently over 320 pending unfair labor practice charges against the company, according to the union.