$35 Insulin Caps for Medicare Patients Is Not Enough 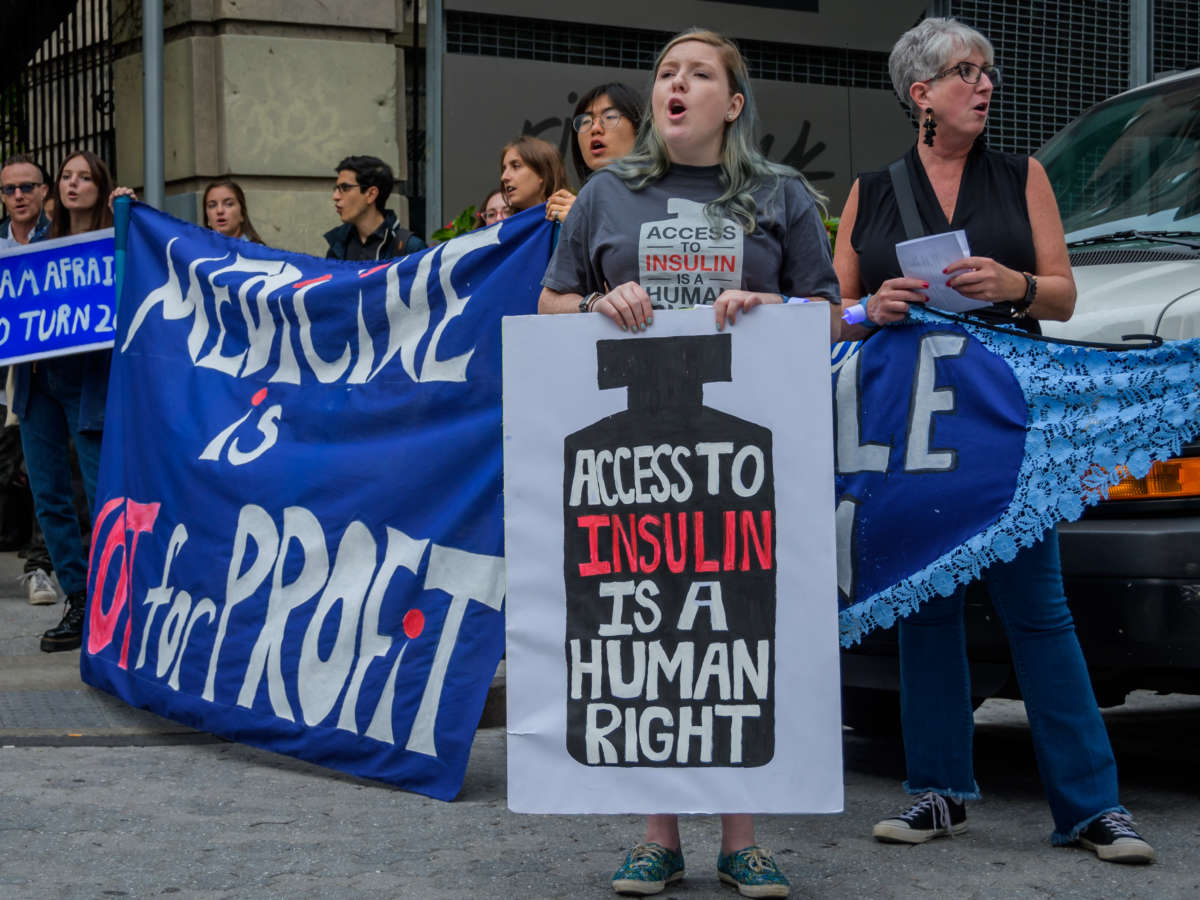 The sky-high cost of insulin is causing adults in the U.S. with diabetes to ration their medication. According to the American Diabetes Association (ADA), people with Type 1 diabetes need about two-to-three vials per month, which could total up to $1,000 or more. For those working to make ends meet, paying up to $300 a vial is near impossible, pushing people to either take less insulin than normal or skip a dosage entirely — putting their lives at risk. Though President Joe Biden recently signed the Inflation Reduction Act, which caps the monthly cost of insulin at $35 for seniors on Medicare, the bill will still leave out the two groups with the highest rates of insulin rationing — the millions of Americans with private health insurance and those who are uninsured. While some say the Inflation Reduction Act is a great first step in the right direction, other advocates say it’s not enough and hope to see universal coverage with no copays.

“People are struggling financially, having to make very difficult decisions like choosing whether to buy food or buy insulin, to pay rent or buy insulin,” said Elizabeth Pfiester, founder and executive director of the diabetes nonprofit T1International. “No one should have to be in this position.”

Rationing insulin can cause diabetic ketoacidosis (DKA), a painful and even deadly process where the body begins to break down fat for fuel, causing a buildup of ketones in the bloodstream. Pfiester, who has experienced DKA, said it felt like her blood was on fire. However, for many patients, rationing insulin is often the only way to save and access the life-saving medication. One study in the Annals of Internal Medicine shows that, in 2021, nearly 1 in 5 diabetic adults in the U.S. rationed insulin to save money.

Insulin prices have more than doubled in the last 20 years. For most Medicare beneficiaries, the average out-of-pocket cost per insulin prescription was $54 in 2020 — an increase of nearly 40% since 2007. Companies are able to charge exorbitant prices because only three manufacturers, Eli Lilly, Novo Nordisk, and Sanofi, produce insulin in the U.S., allowing those companies to control most of the market. Even two of the largest diabetes nonprofits, Juvenile Diabetes Research Foundation (JDRF) and the ADA, have taken millions of dollars from insulin manufacturers.

“[Insulin prices] continued to be a year-on-year increase until about four years ago, when we started protesting and getting this issue into the national spotlight,” said Pfiester. “We need it to actually come down rather than stopping to increase. It is a huge increase, and it’s much higher than inflation.”

Pfiester hopes that a $35 copay cap will eventually be extended to all insulin users, including those uninsured and those who have private insurance. However, other advocates say even $35 a vial can be too expensive.

Zoe Witt has had to ration their insulin on multiple occasions. In 2018, Witt was uninsured and forced to ration their insulin because they could not afford the $300 vials at their minimum-wage salary as a host at a Seattle restaurant. Witt found themselves in a Catch-22 situation that many in America currently face: they earned too much to qualify for Washington’s Medicaid program, but not enough to pay for their company’s private insurance.

“The number of people that are being harmed by this is so great, but unfortunately, it is just a situation where the government has to do something,” Witt said. “If we could do some sort of cap across the board for every single person, that’s what really needs to happen, regardless of insurance.”

“I didn’t even know what I was doing was called rationing,” said Witt. “I also knew that it was going to be pretty much impossible to explain to the people around me why I couldn’t afford it. That’s just based on the way everyone talks about diabetes in general as though they are experts even though the diabetes is as unique as the person; no two people are the same.”

“When you’re rationing, you’re literally in a crisis,” said Witt. “Even if you normally can understand something as convoluted as a patient assistance program, there’s no way you’re going to be able to do that when you’re rationing insulin, because you are in a crisis. So you need someone to help you do that.”

The study from the Annals of Internal Medicine analyzed data from the 2021 National Health Interview Survey and found insulin rationing is more common among Black Americans, at 23.2%, compared to white and Hispanic Americans, at 16%. Chelcie Rice, the co-lead for the T1International communities of color working group, first rationed insulin in the early 2000s. He was working a retail job and did not have good insurance, and he went to Walmart and purchased the generic $25 vial of insulin that he didn’t need a prescription for to “play it by ear.” Since he was diagnosed, Rice has lost vision in his right eye, but he will never know if rationing played a part.

“I lost most of the vision in my right eye,” said Rice. “I don’t know whether that was because of the lack of being able to obtain the proper insulin. That’s just a reality. I don’t think anybody that ever suffered a diabetic complication can say there was one specific thing that they did or didn’t do that caused them to have that complication, because diabetes doesn’t work that way. Anyone else could have done the same thing that I did with my insulin; I was just trying to obtain whatever insulin I could.”

Since then, Rice has helped form a support group for diabetic communities of color who may not have access or know where to turn to after their diagnosis.

“A lot of people don’t understand that there’s a ton of contacts and resources online, or they just need to talk to someone about living with diabetes or something as serious as not being able to obtain their insulin,” said Rice. “A lot of that information doesn’t make it to communities of color and lower-income communities.”

“Diabetes is one of these conditions where the bulk of the responsibility is on you [to obtain and take insulin],” Rice said. “In most communities of color, there’s always been a lack of trust within authority, whether it be the judicial system, law enforcement, and even health care. So we want to bridge that gap between the information that folks don’t know and provide a resource for them to get this information because clearly, diabetes affects people of color more than it does white people.”

Prism is an independent and nonprofit newsroom led by journalists of color. We report from the ground up and at the intersections of injustice.