Mass Effect’s legendary Normandy starship is coming to No Man’s Sky, if you snag it soon 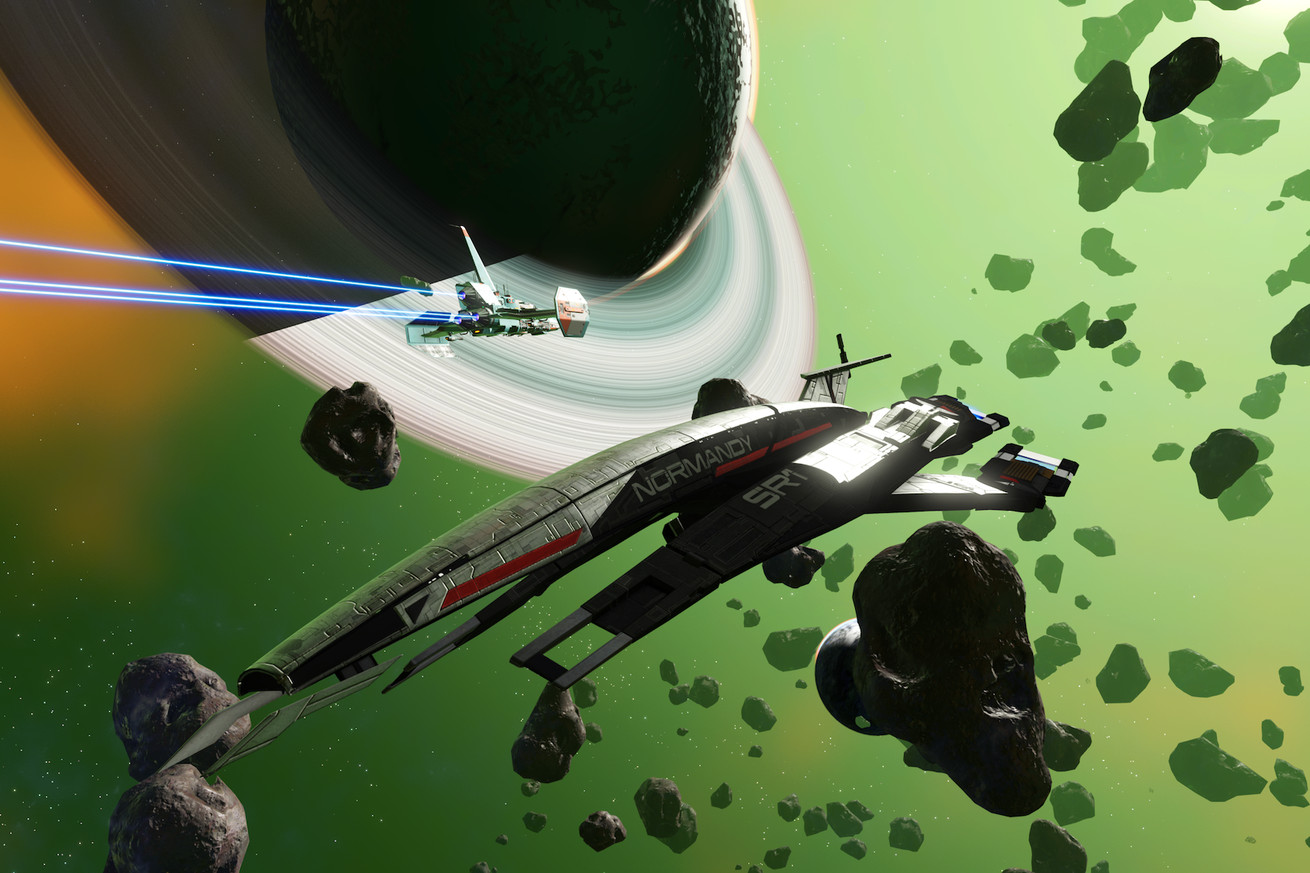 The Normandy in No Man’s Sky.

No Man’s Sky players who are fans of the beloved sci-fi series Mass Effect will soon be in for a treat: Mass Effect’s legendary SSV Normandy SR-1 starship will be appearing in No Man’s Sky.

The Normandy’s arrival is the culmination of an alternate reality game that’s taken place inside No Man’s Sky over the past few days. If you want to add the Normandy to your frigate fleet (a group of ships you dispatch on missions), you have until May 31st to participate in the expedition (an event where players share an adventure on the same planet) that lets you acquire it.

Another screenshot of the Normandy in No Man’s Sky.