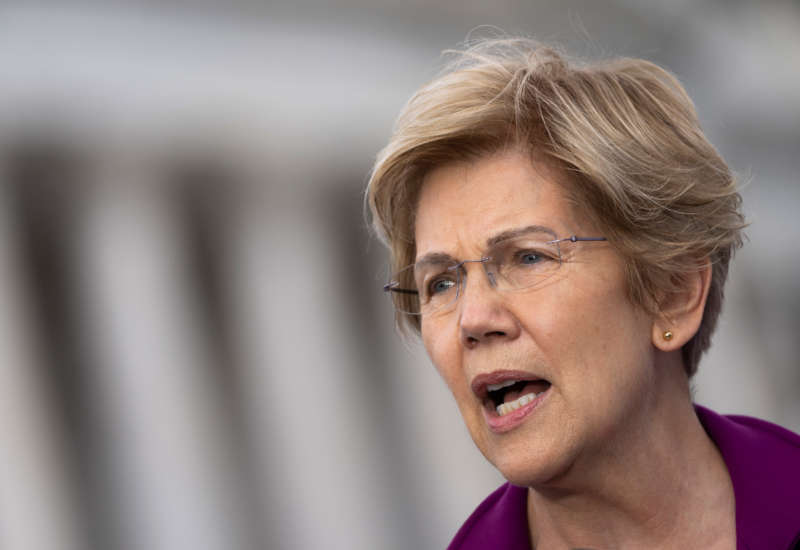 Sen. Elizabeth Warren (D-Massachusetts) has led an effort asking the Department of Education to move student loan borrowers out of default status before payments begin again in February.

Over 8 million people are currently in default on their student loans, according to Warren’s letter addressed to Education Secretary Miguel Cardonas, and over 93 percent of people who were in default before the pandemic still have been unable to pay their debt. Warren writes that the agency has an opportunity to relieve a huge burden for borrowers and potentially help the economy at large.

“As the Department works to correct the past failures of the student loan program, it also has an opportunity to relieve a significant burden on borrowers by developing a policy to forgive debts for borrowers who have been in default for an extended period of time,” the letter reads. “Allowing payments and collections to resume without taking these actions to protect borrowers in default would undermine our economic recovery.”

The letter was signed by eight of Warren’s Democratic colleagues, including Senators Bernie Sanders (I-Vermont) and Ed Markey (D-Massachusetts).

When student loan payments restart, millions of borrowers will already be behind on payments; on top of other financial stresses, these borrowers will also have to deal with collections tactics that could lead to wage garnishment or having their child tax credit payment withheld, as the letter points out. This could have an especially outsized effect on low-income borrowers, many of whom have been left behind as the economy recovers from COVID impacts.

The senators also urge the Education Department to create a program that would automatically forgive the loans of people who have been in default for an extended period of time. They cite the statute of limitations on other types of debt like medical debt, which can range from 3 to 10 years depending on the state, the lawmakers write.

Many borrowers who are in default on their loans remain so long-term. One 2018 study by the American Enterprise Institute found that about 30 percent of people in default remain in default for over five years, and attempts to collect this debt are often unsuccessful and “not a cost-effective use of taxpayer dollars,” the lawmakers say.

Implementing default and loan forgiveness would have an enormous impact on borrowers, who may be struggling to find housing, employment or new educational opportunities, the lawmakers emphasize. “The removal of borrowers’ records of default will improve borrowers’ credit scores, and in turn, their economic wellbeing.”

Warren and Democratic and progressive allies have been urging the Biden administration to cancel up to $50,000 in student debt throughout Joe Biden’s first year in office, saying that he has the broad authority to do so.

Biden said on the campaign trail that he would cancel $10,000 of debt for student loan borrowers, but he has thus far failed to fulfill that promise. In fact, his administration has instead been hiding a student loan forgiveness memo prepared by the Education Department earlier this year for months.