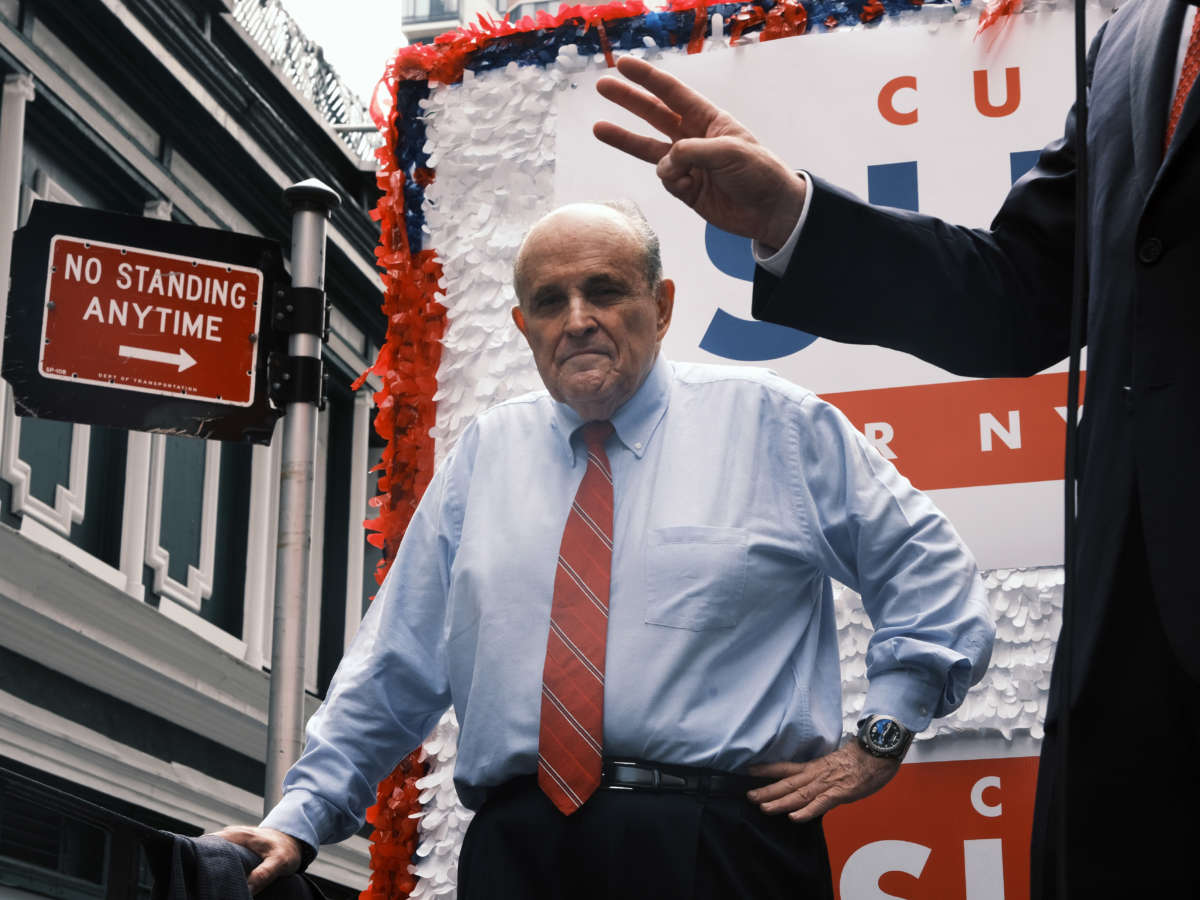 Rudy Giuliani testified last week to the House select committee investigating the attack on the United States Capitol building, but refused to answer questions about specific lawmakers who were involved in Trump’s plot to overturn the 2020 presidential election.

New details about his testimony, reported on by The Guardian on Tuesday, reveal that Giuliani’s reluctance to openly discuss queries about collaboration between Republican lawmakers and the Trump campaign reportedly upset the committee’s members and investigators.

Details of the scheme and Giuliani’s part in it were revealed earlier this year. The plan involved submitting fake slates of electors to be counted as legitimate over (or at least equal to) actual electors’ votes during the certification of the Electoral College, which took place on January 6, 2021. Once those fake electors’ ballots came to Washington, it was up to Republican members of Congress to vote against certifying electors’ votes backing Biden. The plan targeted several states that now-President Joe Biden had won in the 2020 election.

The plan also required then-Vice President Mike Pence to only permit Trump electors’ votes to count, or else send the matter to the House of Representatives to resolve, where state delegations (of which, Republicans control the majority) would have voted to keep Trump in office for another four years.

The plot fizzled out, however, when Pence announced he didn’t have the constitutional authority to make such decisions, accurately pointing out that his role was largely symbolic during the certification process.

In spite of his refusal to talk about Republican lawmakers who were involved in the plan, Giuliani did discuss meetings that had taken place in the White House after Trump’s loss that led to their plot being conceived. The plan, Giuliani told the committee, was developed after Trump-aligned lawyer Sidney Powell’s idea, which had called on Trump to order the seizure of several states’ voting machines, was rejected.

The rejection of one plan and embrace of another may indicate that Trump’s people were looking for a means to keep him in power in spite of the electoral outcome.

The committee also asked Giuliani about his false claims of election fraud during his testimony. Giuliani continued to insist that widespread fraud had happened and had affected the election — a move that contradicts several investigations, audits, and judges’ rulings noting that no such proof of fraud affecting the election’s outcome has ever been found.

Giuliani’s continued insistence that election fraud took place appears to indicate a planned legal defense that he or Trump may make in the future. But some were skeptical that Giuliani was still a true believer in such claims.

“Giuliani was disbarred because he lied about the election. His claim of incontrovertible proof [of election fraud] — which he’s NEVER released — is not only bogus but he KNOWS it’s bogus,” insisted Daniel Goldman, former lead prosecutor for the first Trump impeachment trial.