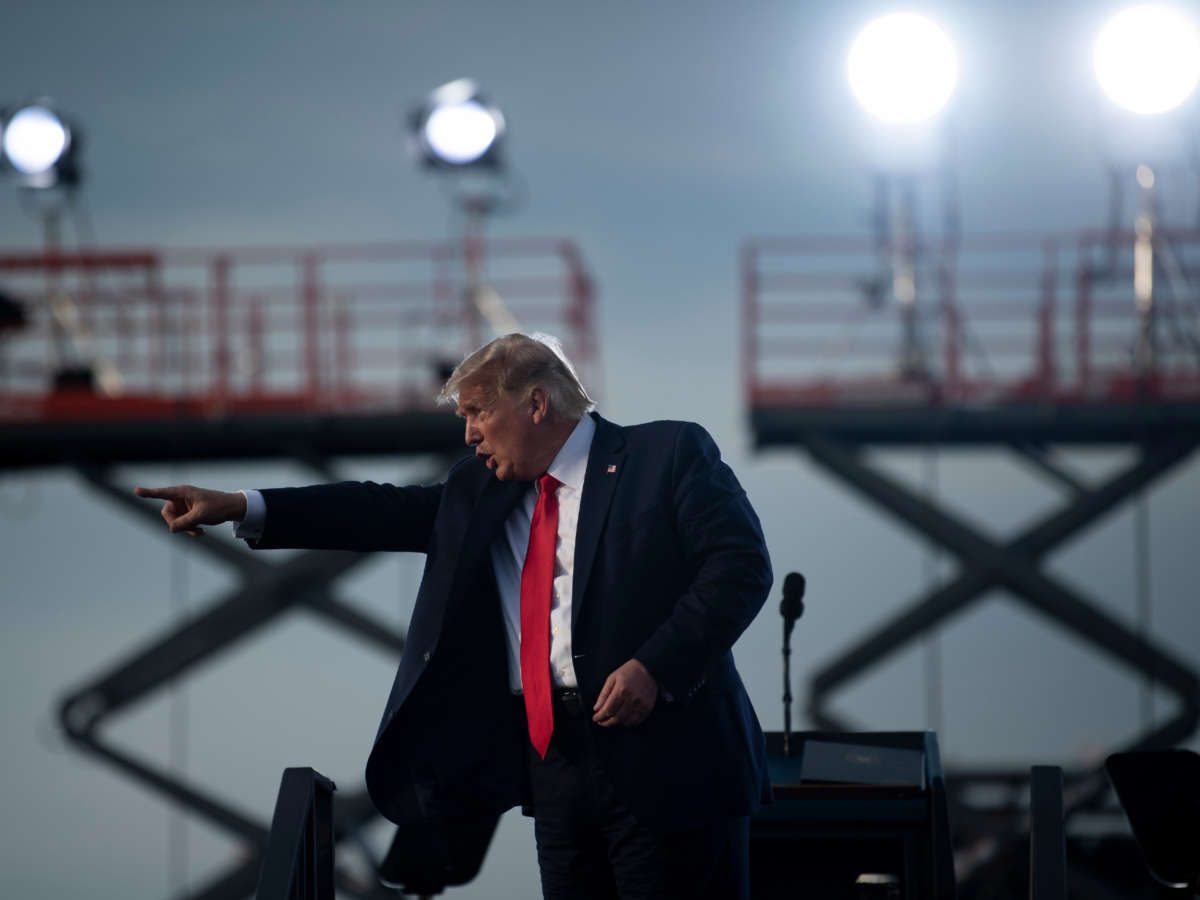 A former Watergate prosecutor says that former President Donald Trump has “zero defense” when it comes to an ongoing criminal inquiry in Georgia regarding the 2020 presidential contest.

Nick Akerman, who served on the Watergate prosecution team and as an Assistant United States Attorney in the Southern District of New York, told MSNBC’s “The Katie Phang Show” that a phone call Trump made to Georgian election officials is most likely “going to send Donald Trump to prison.”

Trump and his lawyers phoned Georgia Secretary of State Brad Raffensperger, the Secretary’s lawyer Ryan Germany, and other state officials in early January 2021. During the conversation, Trump pressed Raffensperger to decertify the election results in Georgia, citing unfounded and debunked claims of voter fraud.

Trump also made threats to the Raffensperger and Germany, telling them they could face legal repercussions if they refused to help him, and that they face “a big risk” by failing to find “illegally destroyed votes” for him.

According to Georgia state law, it is illegal to coerce, command, or otherwise try to get state election officials to engage in election fraud. The call from Trump to Georgia officials, which is currently under investigation by Fulton County District Attorney Fani Willis, appears to be a clear violation of that statute, Akerman said.

During his interview on Sunday, Akerman acknowledged that Trump could feasibly defend himself by claiming there was “some ambiguity” on the recording of the conversation with Raffensperger and others. However, the defense wouldn’t be solid, and the comments made by Trump, in combination with evidence from the January 6 committee, could be enough to land an indictment for the former president.

“Once you look at what he said, trying to get Brad Raffensperger to come up with extra votes to make him a winner in Georgia, and put in the context about the January 6th committee has found, I think they have gotten a case beyond a reasonable doubt,” Akerman said.

Describing the Georgia statute as “really neat,” Akerman said that Trump “has violated” the felonious law, which carries with it a maximum penalty of three years in prison. The evidence in hand is hard to contradict, too, he said.

“Prosecutors love tape-recorded evidence because you cannot cross-examine it,” Akerman explained, adding that Trump “has zero defense in Georgia.”