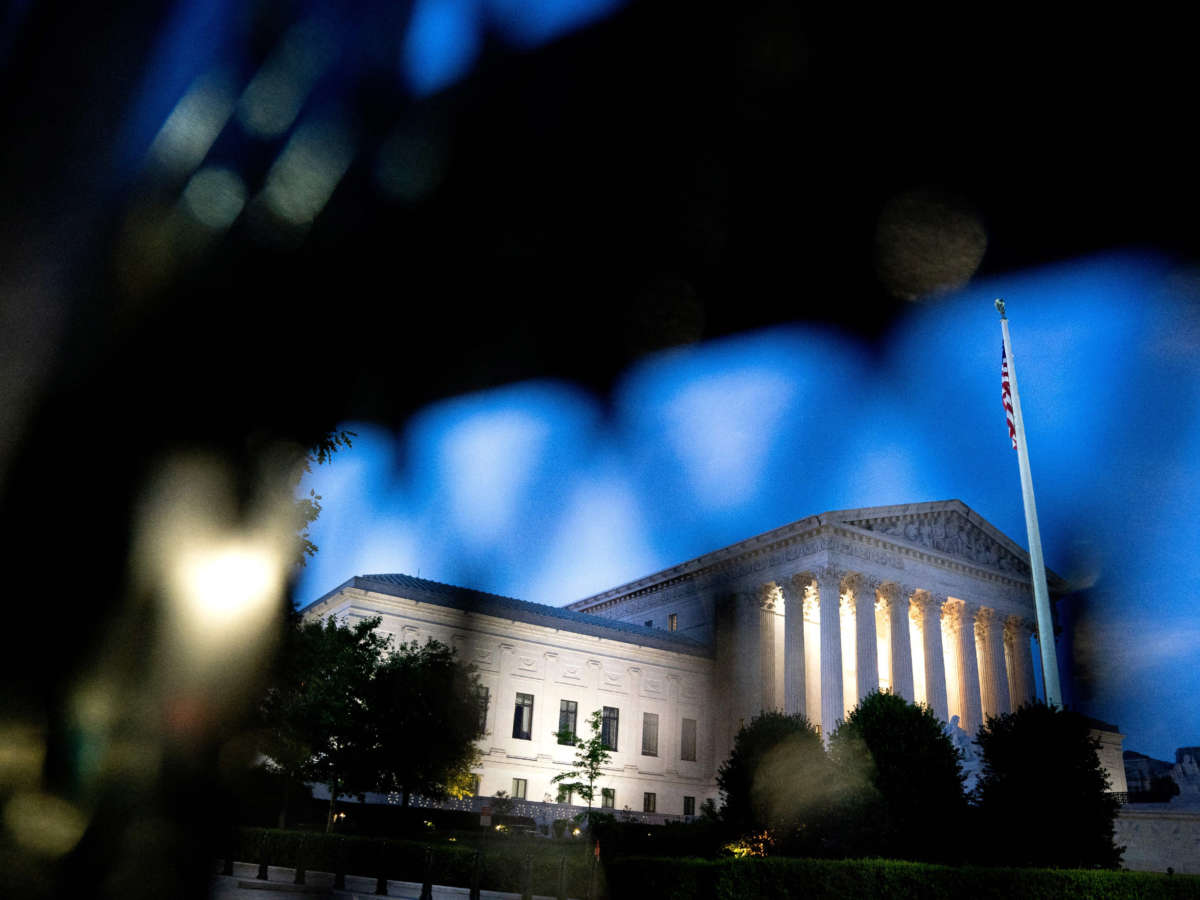 A majority of voters are opposed to conservative efforts to bar the Environmental Protection Agency (EPA) from being able to regulate air pollution that is contributing to the climate crisis in the Supreme Court case West Virginia v. EPA, new polling finds.

In a recent survey, Data for Progress and Evergreen Action found that, after hearing arguments for and against the idea, 62 percent of likely voters said that the EPA should be allowed to regulate air pollution, including 82 percent of Democrats.

Meanwhile, the vast majority of those surveyed (84 percent) said that they are either very, somewhat or a little concerned that the Supreme Court could soon remove the federal government’s ability to regulate air pollution under the Clean Air Act. This includes 68 percent of Republicans, 87 percent of independents, and an overwhelming 97 percent of Democrats.

The Supreme Court is expected to hand down a ruling as soon as this week regarding the West Virginia case, which could — depending on how the court’s supermajority of far right justices rules — severely limit the government’s ability to address the climate crisis and reach goals of cutting carbon emissions by 50 percent by 2030.

On Monday, justices heard arguments for the case, which concerns the authority of the EPA to govern power plants under a Barack Obama-era climate regulation known as the Clean Power Plan. The plan was never put in place — it was repealed by the Trump administration before it could go into effect and hasn’t been reinstated by Joe Biden — meaning that the High Court is ruling on a challenge to regulation that effectively doesn’t exist.

The Supreme Court is “looking to set a precedent for the future, essentially going outside of its jurisdiction to prevent future EPA rulemaking on power plant pollution,” Data for Progress wrote in its post about the polling. “This is a dangerous case that could gut some of the most impactful provisions of the Clean Air Act and permanently hamper the EPA’s ability to reduce greenhouse gas emissions from the power sector.”

The plaintiffs are arguing that the Supreme Court should apply a doctrine favored by right-wing extremist Justice Brett Kavanaugh, known as the major questions doctrine, which limits agencies’ ability to regulate in areas of economic and political importance — essentially limiting the scope of the government overall.

If the Supreme Court rules with West Virginia and fellow plaintiffs — who have many of the same political donors as those who were behind efforts to get five of the Republican justices confirmed — it could have far-reaching consequences beyond just the scope of regulating power plants.

The ruling would mean, for instance, that the EPA would have to seek approval from Congress whenever it wanted to regulate a new air or water pollutant. It would also make it so that states wishing to allow a power producer to shift toward renewable energies would find their hands tied, as the EPA wouldn’t be allowed to force utilities to replace their fossil fuel energy sources in order to meet pollution standards.

The relatively novel case implements restrictions that Republicans have been working toward for years — if not decades — to enhance their fossil fuel donors’ profits while accelerating the climate crisis.

Climate advocates have raised the alarm about the case, which they say could not only hamper the country’s ability to curb its contribution to the climate crisis but also have severe consequences for public health.

Advocates have also tied the motivation behind the case to fossil fuel interests. In a speech on the Senate floor last week, Sen. Sheldon Whitehouse (D-Rhode Island) said that fossil fuel interests have been bankrolling efforts leading to this case, with the promise that they’d have a major “payday” when they finally succeed. Theories like the major questions doctrine were created in fossil fuel industry think tanks, which he called “factories where doctrines are crafted, reverse-engineered from the results the big donors want.”