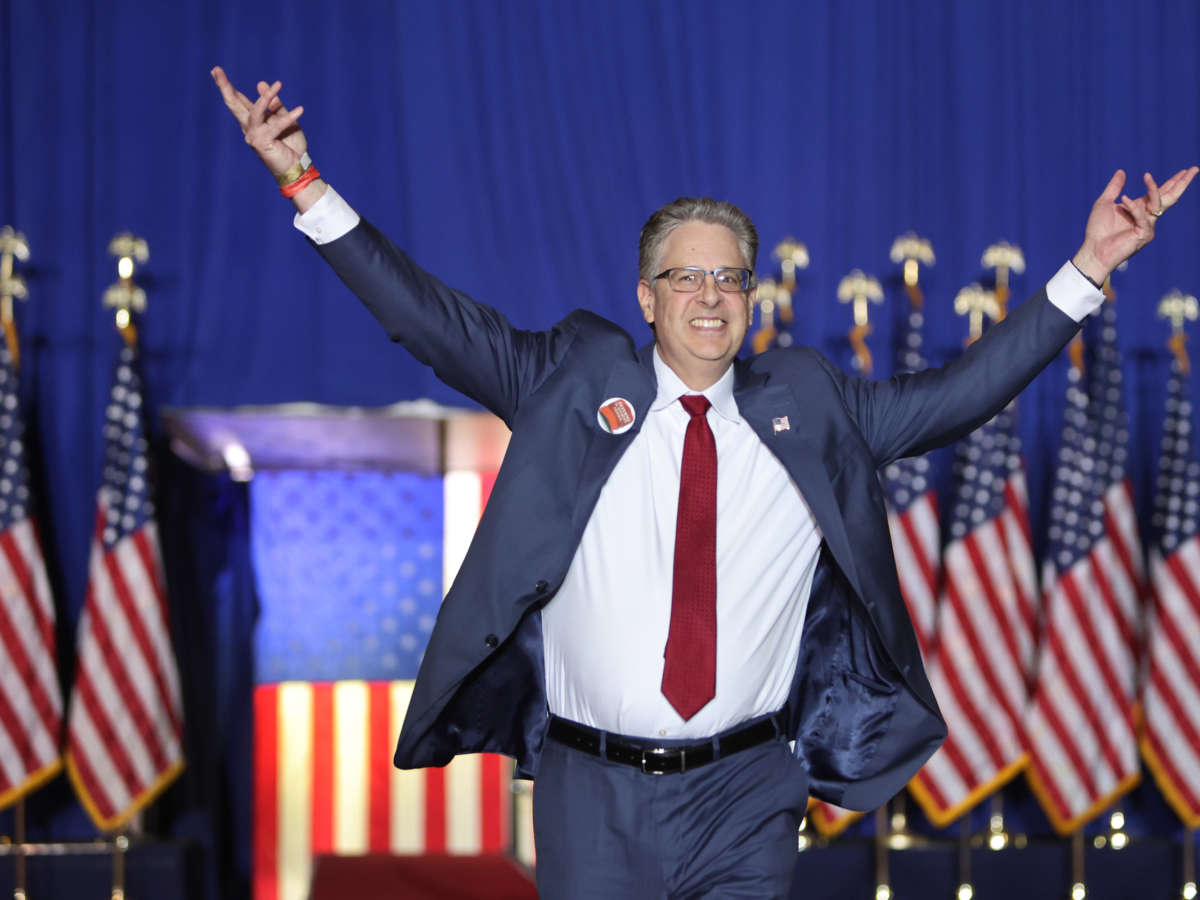 The probe by Nessel and state police into voting machine breaches across the state led investigators to Matthew DePerno, a Kalamazoo lawyer endorsed by former President Donald Trump to be the next state attorney general, according to documents obtained by Politico.

DePerno and two others “orchestrated a coordinated plan to gain access to voting tabulators” that were illegally seized from county election clerks, Nessel’s office said in a petition last week seeking a special prosecutor, calling DePerno “one of the prime instigators” of the plot.

The petition, which was filed to the Michigan Prosecuting Attorneys Coordinating Council, says that DePerno was present at an Oakland County hotel room in early 2021 where the tabulators were tampered with.

Nessel requested the special prosecutor after it became clear that DePerno, a key backer of Trump’s false election claims in Michigan, was a subject of the investigation.

“When this investigation began there was not a conflict of interest. However, during the course of the investigation, facts were developed that DePerno was one of the prime instigators of the conspiracy,” the petition said. “A conflict arises when ‘the prosecuting attorney has a personal interest (financial or emotional) in the litigation,’” it added.

The petition went on to note that it is a five-year felony to “obtain undue possession of a voting machine used in an election.”

The list of individuals includes DePerno’s law partner, Stefanie Lambert, and state Rep. Daire Rendon, who was part of the fake electors plot. Nessel’s office alleged that the three “orchestrated” the effort to illegally seize a voting tabulator from Roscommon County, one of at least 11 voting system breaches in the state. The list also includes Barry County Sherriff Dar Leaf, a Mike Lindell ally and so-called “constitutional sheriff” leading his own “voter fraud investigation.”

“To ensure Michigan’s elections are secure in the future, there must be consequences now for the people who illegally accessed the state’s voting machines,” Benson spokesperson Jake Rollow told Reuters, which first reported the special prosecutor request.

DePerno is set to formally receive the Republican nomination for attorney general later this month after gaining the endorsement of the state GOP in April. He previously led a November 2020 lawsuit against Antrim County, which was at the center of numerous TrumpWorld conspiracy theories. The county had a tabulator error on election night that was quickly corrected but Trump and his allies have cited the error to push debunked allegations of election fraud. DePerno’s false claims alleging voting machine irregularities in Antrim even made it into a Trump White House draft order instructing the military to seize voting machines that was ultimately never issued.

Nessel’s office in its petition said that evidence uncovered in its probe found digital IDs matching the illegally seized voting machines that DePerno used as evidence in the lawsuit.

DePerno was also involved in the so-called “forensic audit” of the results in Arizona’s Maricopa County, which ultimately also found that Trump lost the state, according to Politico. DePerno during the Jan. 6 Capitol also met with a top Trump State Department official to discuss “how the election was stolen.”

Trump quickly embraced DePerno, giving him his endorsement nearly a year ago. He later hosted a fundraiser for DePerno at Mar-a-Lago and campaigned for him in Michigan. Trump at the event touted DePerno as a candidate who would root out alleged “shenanigans” in the state’s elections.

“This is somebody that can fix it. There aren’t that many people around that can do it,” he said. “I talked him into doing it.”

DePerno’s campaign “categorically” denied the allegations made by Nessel’s office, calling the petition an “incoherent liberal fever dream” and accusing Nessel of using tax dollars to target her opponent.

“The claims presented by Nessel show a completely unwarranted and erroneous attack purely based on political prosecution,” the campaign alleged in a statement without addressing any of the specific allegations.

The four breaches investigated by Nessel were among at least 11 in the state and 17 nationwide, according to Reuters. There were similar breaches in Pennsylvania, Ohio, North Carolina, and Colorado. Republican election officials have also sought to meddle in vote-counting this year, refusing to certify primary results or count all valid votes in at least three states.

“We were very fortunate in 2020 that no sitting secretary bought into the Stop the Steal effort,” Benson said. “I don’t think we’ll get that lucky again.”