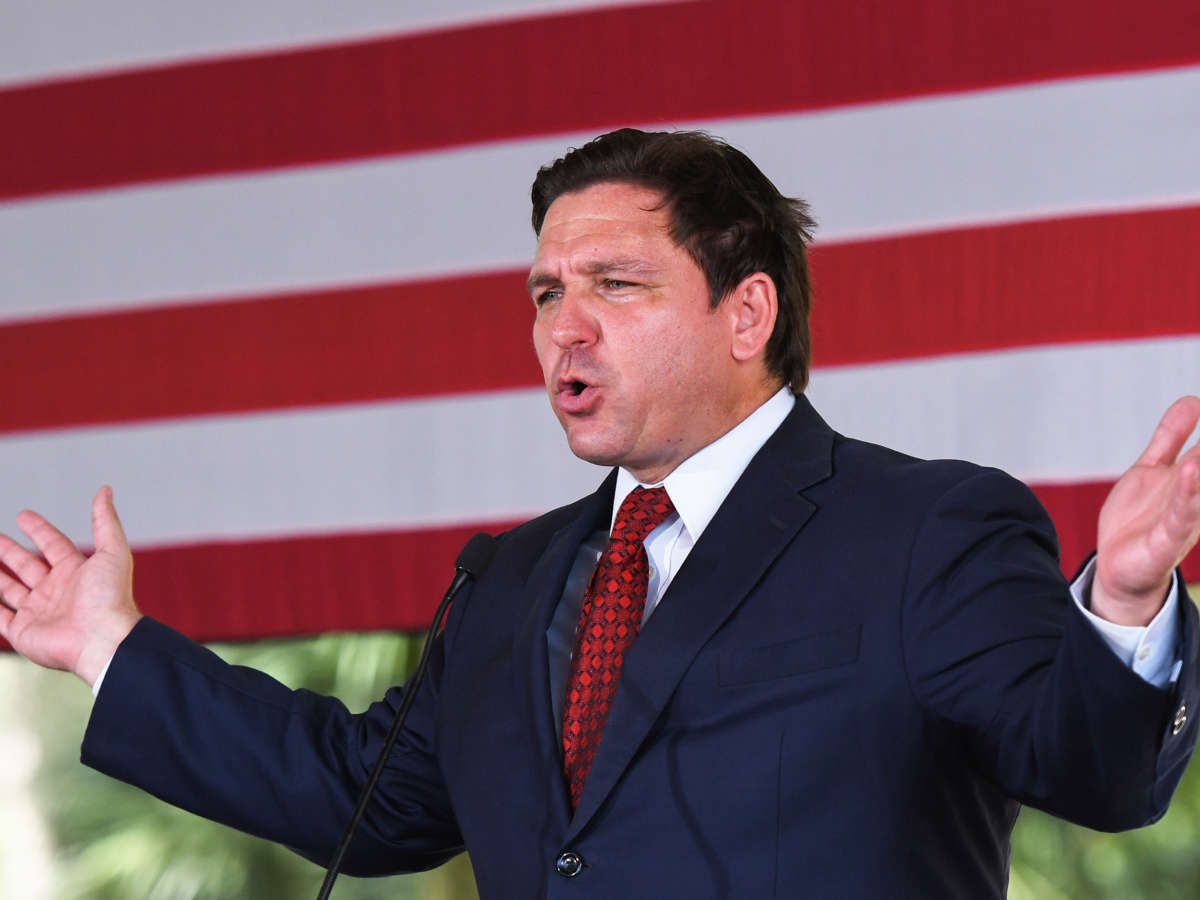 More than 40 House Democrats on Friday urged the Biden Justice Department to open an investigation into Florida Gov. Ron DeSantis’ inhumane scheme that transported dozens of migrants to Martha’s Vineyard, alleging the Republican leader and other officials involved may have violated federal law.

“Harrowing interviews and reports reveal officials in Florida intentionally misled the migrants to believe they would be flown to Boston to receive expedited work papers,” the 44 Democratic lawmakers wrote in a letter to Attorney General Merrick Garland.

“Instead, the deceived migrants were packed onto buses, put onto two privately chartered flights, and prohibited from taking photos of the journey that made two unannounced stops before landing in Martha’s Vineyard, Massachusetts,” the letter continues. “It is alleged that immigration officials knowingly falsified mailing addresses for the migrants by selecting arbitrary homeless shelters across the United States, with the expectation that migrants would be required to attend court proceedings as early as next week in states thousands of miles away or face forced removal.”

Spearheaded by Reps. Gerry Connolly (Va.), Sylvia Garcia (Texas), Ted Lieu (Calif.), and Mondaire Jones (N.Y.), the letter calls on the Justice Department to “investigate whether any federal funds were used to operate a fraudulent scheme and request the Department of Justice make a determination as to whether officials in Texas and Florida violated federal law.”

“The actions of the officials in Texas and Florida were not only fundamentally cruel and uniquely un-American; there remains a likelihood that federal laws were violated,” the House Democrats wrote.

NEW: I teamed up with @RepSylviaGarcia, @RepTedLieu, @RepMondaire, and 41 of our colleagues to request a DOJ investigation into the cruel migrant flights organized by Republicans.https://t.co/SzQKRSya61 pic.twitter.com/WFcttS3cri

Dozens of migrants arrived in Massachusetts last week after DeSantis — in partnership with the GOP-aligned aviation firm Vertol Systems — arranged for them to be flown to Martha’s Vineyard from San Antonio, using human beings as props for political messaging. A Texas sheriff on Monday launched a criminal investigation into the ploy, which he said “preyed upon” the vulnerable migrants.

Texas’ Republican governor, Greg Abbott, who has engaged in similar schemes, insists he wasn’t involved in the flights organized by the Florida government.

On Tuesday, some of the Venezuelan asylum-seekers filed a federal class-action lawsuit alleging that DeSantis and Florida’s transportation secretary “designed and executed a premeditated, fraudulent, and illegal scheme centered on exploiting this vulnerability for the sole purpose of advancing their own personal, financial, and political interests.”

Additionally, Florida state Sen. Jason Pizzo, a Democrat, has filed a lawsuit aiming to bar DeSantis from spending any more taxpayer money on the migrant flights.

In their letter on Friday, the 44 House Democrats stressed that “the federal government retains jurisdiction over cases that involve interstate travel” and should intervene.

“The Bexar County, Texas sheriff’s office has already opened a criminal investigation into this scheme,” they wrote. “We urge your department to do the same and conduct a thorough investigation and deliver accountability to those that violated the law.”