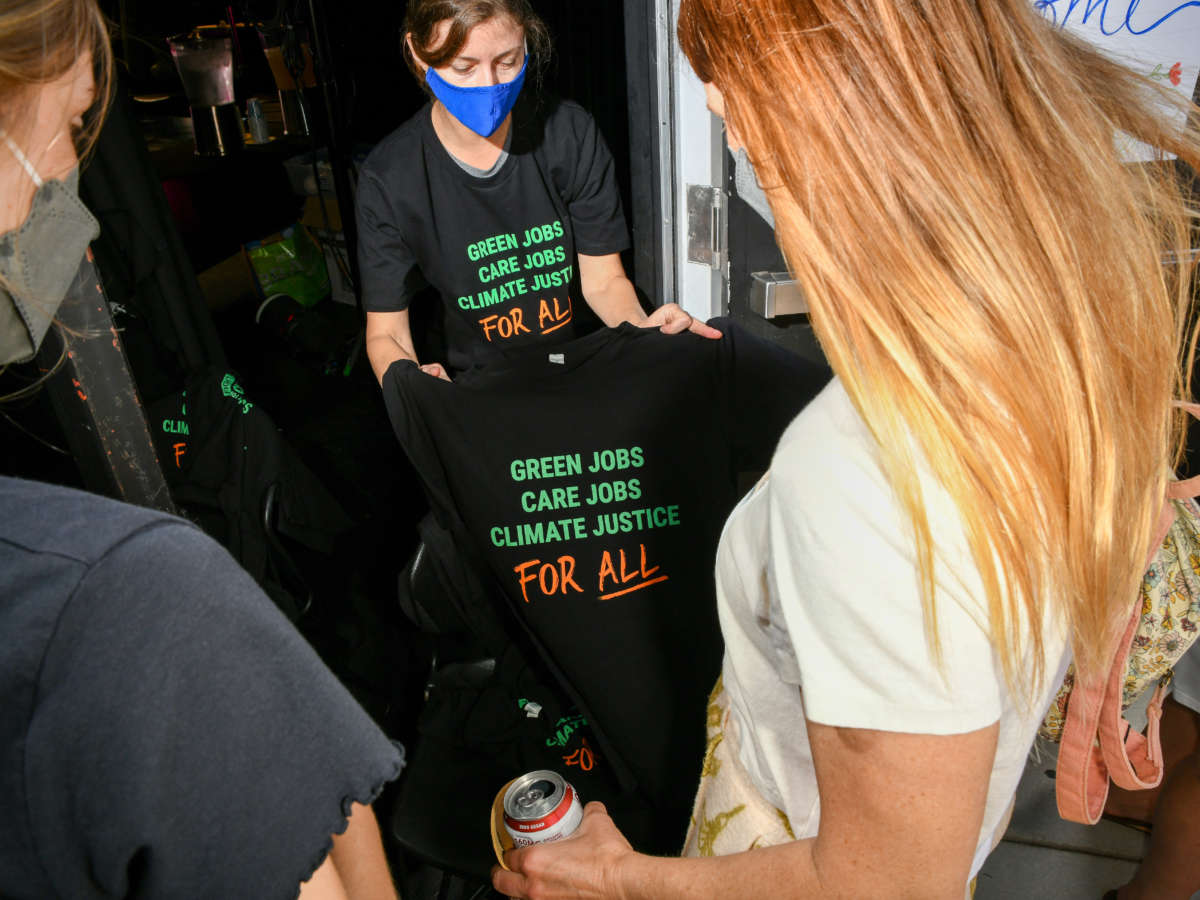 Scientists, politicians and oil companies have been aware of the connection between fossil fuel production, ecocide and climate crisis for more than 70 years. Yet, in 2021, the world broke a record for carbon dioxide emissions.

If the systems created by the wealthy could meaningfully address the crisis, they would have by now. Many of us feel immobilized, increasingly cognizant of this grim reality, but are unsure of where else to channel our energy. In his new book, The Solutions are Already Here: Strategies for Ecological Revolution From Below, Peter Gelderloos offers a robust critique of governmental and market solutions claiming to address ecocide and contrasts them with a litany of examples of bottom-up solutions that have actually managed to slow the necropolitical gears making life on this planet uninhabitable. He encourages people who care for the environment to imagine and create their own dynamic, contextualized ecosystems of revolt, outside of electoral channels and situated within their territories.

Gelderloos is also honest about the obstacles that horizontal, insurgent movements so often face, from political repression to co-optation to power grabs to interpersonal strife. “This is still a battle that pits David Against Goliath,” he writes, “and if we were to approach this ecological crisis as though it were a wager in a casino — as the economists do, for example — then our money would be more wisely placed backing the forces of the apocalypse.” But, he adds, “this motley network of underdogs is our best hope.” In this interview, Gelderloos discusses his critiques of the Green New Deal, the connection between colonialism and ecocide, and the importance of concepts like autonomy and solidarity for informing our struggles for a better world.

Ella Fassler: In your book, you argue colonialism and states, not “human activity,” are the root causes of the climate crisis. Can you break that down for us? What’s the connection between hierarchy and climate crisis?

Peter Gelderloos: Humans have been around for 300,000 years. Human groups have had a learning process adapting to new habitats as we’ve moved around the globe, but if destroying the environment were an innate consequence of human society, we never would have survived as a species. Pinning the blame on agriculture is also simplistic, given the huge diversity of ways human societies have found to feed themselves and also exist as a responsible part of their local ecosystems.

There is, however, one configuration of human society that, in every instance we know of, has caused their local ecosystems to collapse, usually in the form of deforestation and soil depletion. That configuration is the state, or hierarchies that are very far along the continuum toward becoming states. By their very nature, states are exploitative, war-making institutions that view their subjects — human and nonhuman alike — as resources to be dominated.

By their very nature, states are exploitative, war-making institutions that view their subjects — human and nonhuman alike — as resources to be dominated.

The states that certain popular authors have named as examples of supposedly ecological states tend to practice something like feudalism, which is actually a dual power system in which autonomous commoners (and not state administrations) are in charge of most interactions with the rest of the ecosystem.

As for an ecological collapse on a planetary scale, that only ever became conceivable when the state institutions developed in Europe were forcibly imposed on the rest of the world through colonialism. That was not a voluntary process. And it needs to be viewed as an ongoing process because all of us, everywhere around the world, are still forced to live our lives in the confines defined by capitalist institutions and state structures developed by those colonial powers and their heirs like the U.S.

You explain that policy solutions like the Green New Deal require an increase in deficit spending, which doesn’t lead to economic collapse so long as governments service interest payments. But governments can only service these payments if their economies and GDPs keep growing, which is impossible on, and destructive to, a planet with finite resources, an argument I had never explicitly considered. Why else are top-down solutions like the Green New Deal, even those that center racial and economic justice, wholly inadequate — and as you put it, unrealistic, for addressing the climate crisis?

The Green New Deal ensures new growth for capitalism at a time when capitalism has been floundering for decades to create real growth. It encourages highly destructive mining projects and massive energy infrastructure so that the wealthy can get even wealthier off of electric cars and other false solutions, while Indigenous lands are being stolen in one of the largest land grabs since Columbus for industrial wind parks, lithium mines, copper mines, and other extractive projects.

If the Green New Deal isn’t our magic bullet, what are some general solutions and one or two particular movements that give you hope and inspire you?

There’s this anxiety for creating a unified plan to solve this whole problem for the entire planet/society/economy. But that’s the exact kind of thinking that got us into this mess, and anyone who has experienced bureaucracy knows that the people at the top with the plans are the ones with the least idea of what’s actually happening on the ground.

In fact, real intelligence is decentralized, localized, contextual. Liberated communities, liberated ecosystems will know better than anyone else what they need to adapt and heal. Liberated communities networking can share knowledge and resources on a planetary scale. This is already happening, but the NGOs and experts ignore it while governments are busy calling it “terrorism” and trying to stamp it out.

From Standing Rock to the movement to save the Atlanta Forest to the ZAD (Zone à Défendre, or Zone to Defend) in France, struggles against wind farms in Oaxaca and against the petroleum industry in the Niger Delta, these movements are already powerful, they’re already global, they’re already learning from each other. They just need more support, and they need people to stop lending their attention, their credulity, their resources, and their patience to the institutions responsible for ecocide or for making a buck peddling false solutions to it.

There seems to be a bit of a contradiction between being opposed to “converting” people to a particular way of thinking, while also recognizing that many of our revolutionary horizons aren’t realized because repressive mechanisms are able to turn the public and perhaps some well-intentioned organizers against the most “radical” elements of a movement. How do you grapple with this contradiction?

Autonomy and solidarity are useful concepts, because they mean everyone gets to define their own needs, everyone gets to define their own struggle for freedom and a dignified survival, as long as they don’t make freedom or survival impossible for someone else. If you come from a different tradition of struggle or if you put more weight on linguistic freedom or on certain organizational methods or on the food culture your people have practiced in that territory for thousands of years, that’s okay. But if your version of freedom requires Venezuela and Nigeria to be smothered by a petroleum economy, I’m sorry, you’re not a part of our family.

Anyone who has experienced bureaucracy knows that the people at the top with the plans are the ones with the least idea of what’s actually happening on the ground.

These are very sensible ideas that clearly elucidate the best possible way for an entire world of very different communities to get along. People can usually understand this concept and support it as a shared framework really quickly. Until they realize it means states are not compatible with this best possible world. Until they realize it means their political party doesn’t get to draft a blueprint for the entire species, and by extension the rest of the natural world.

And historically, when push comes to shove, the left has always chosen blueprints over solidarity. They say it’s pragmatic. Well, in the last 50 years, the amount of conservation area managed by pragmatic NGOs and pragmatic government programs has increased 500 percent, yet in the same time, animal populations have plummeted by 70 percent.

As I document in my book, police agencies and corporate security consultants are charged with surveilling and disrupting movements to save the planet, specifically identifying pragmatic activists and organizations as the most naïve, the easiest to manipulate, and therefore a key point to pressure in order to divide the movement. So maybe it’s high time we stopped listening to pragmatists?

Some readers may not be ideologically or ethically opposed to lawbreaking or direct action in the face of the climate crisis, but feel like they aren’t in a place where they can risk jail time or criminal charges. What advice would you give them?

It is so important to break with this frontline mentality that only certain ways of participating in struggle are valuable or worthy of being celebrated. Every bit as much as we need people who face off with cops or sabotage the megaprojects and economic systems killing us, we need people bringing real practices of transformative justice to our communities and movements. We need movement historians helping us remember where we came from so we don’t have to start from scratch every 10 years. We need people supporting those who are in prison, people who are depressed, people with health problems. We need gardeners. We need healers. We need people who can build and repair the machines we actually need for a dignified survival.