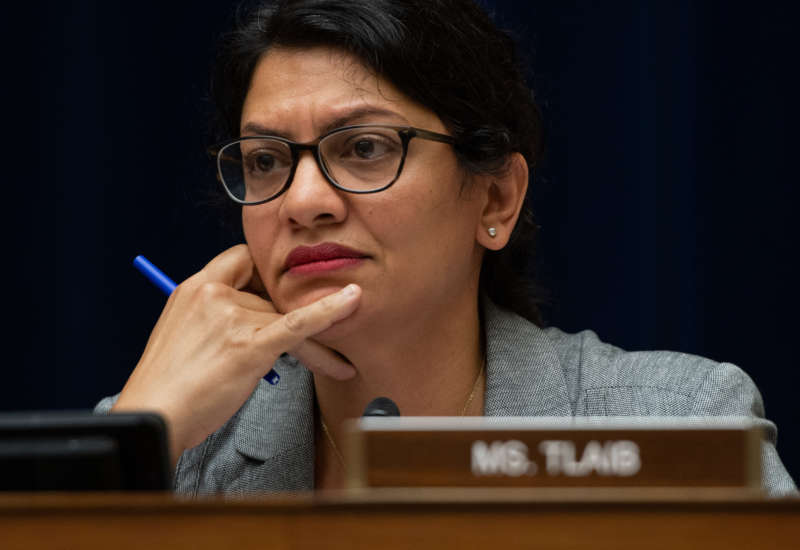 Rep. Rashida Tlaib (D-Michigan) has written a letter to social media companies asking that they stop removing and suspending posts and users from their platforms for spreading information about Israeli violence against Palestinians.

The letter to Facebook, Twitter and ByteDance, which owns TikTok, asks the companies to answer a series of questions on their methodologies for removing certain posts and highlights a double standard in censorship of Palestinians online.

“I write with urgent concern regarding reports of Facebook, Instagram, Twitter, and TikTok censoring content and disabling user accounts on your respective platforms that are raising awareness about recent Israeli state-backed violence on the Palestinian people,” writes Tlaib. “It is critical to ensure that your companies, whether intentional or unintentional, do not have algorithms and staff that silence people based on their ethnicity or religious affiliation.”

Tlaib points out that because corporate media often can’t be trusted to give reliable information on the Israeli apartheid, social media is a vital resource for Palestinians to share information with the world and each other. Posts containing pictures and videos of what’s happening on the ground can be crucial documentation.

“Social media accounts have been some of the only places for Americans to access first-hand accounts of the occupation and violence from Palestinians on the ground,” writes Tlaib, who says her email inbox is flooded with reports from people whose pro-Palestine posts have been removed from social media. “That is why these reports are particularly troubling — Palestinians often have nowhere else to turn to make their voices heard other than social media.”

Indeed, many social media users are reporting that they have been censored for posting about Israeli violence being inflicted on Palestinians and for advocating for Palestinian rights. A report from last week from 7amleh, the Arab Center for the Advancement of Social Media , an advocacy group that helps Palestinians access and utilize social media, documented over 500 reports about removed and censored posts, users and hashtags over just two weeks in May.

Some social media companies have admitted to removing content related to Palestine, explaining that their algorithms sometimes mistakenly remove or block posts. Congresswoman Tlaib pushed back against this claim, saying “the employees at your companies are the ones that ultimately make the final determination of what content is acceptable and what is not.”

Tlaib also points out that Zionist organizations and the Israeli government have pressured social media companies to adopt a definition of anti-Semitism that ties Zionism, a political ideology, with Judaism. Many Jewish people have pushed back on the notion that being anti-Zionist is equivalent to anti-Semitism, pointing out that they can fight for the rights of Palestinian people while still being opposed to anti-Semitism.

“The liberation movement for Palestine is centered on equality and justice for all people, regardless of religion, and is proud to stand with all people of Jewish faith in the face of the disgusting surge in hateful, anti-Semitic attacks against them,” wrote Tlaib.

The Michigan representative also points to a recent New York Times article that highlighted what she calls a double standard in social media companies’ censorship practices. The article reported on Israeli groups openly using WhatsApp, which is owned by Facebook, to coordinate mob violence on Palestinians.

“I cannot understand how Facebook can justify censoring peaceful Palestinian voices while providing an organizing platform for extremist hate,” she wrote.