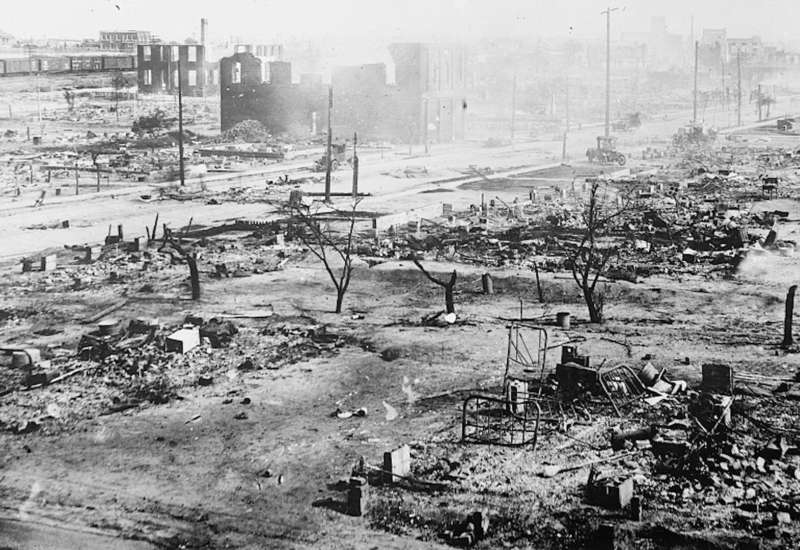 Memorial Day marks the 100th anniversary of the 1921 Tulsa race massacre, one of the deadliest episodes of racial violence in U.S. history, when the thriving African American neighborhood of Greenwood in Tulsa, Oklahoma — known as “Black Wall Street” — was burned to the ground by a white mob. An estimated 300 African Americans were killed and over 1,000 injured. Whites in Tulsa actively suppressed the truth, and African Americans were intimidated into silence. But efforts to restore the horrific event to its rightful place in U.S. history are having an impact. Survivors testified last week before Congress, calling for reparations. President Biden is set to visit Tulsa on Tuesday. We speak with documentary filmmaker Stanley Nelson, whose new film premiering this weekend explores how Black residents sought out freedom in Oklahoma and built a thriving community in Greenwood, and how it was all destroyed over two days of horrific violence. Nelson notes many African Americans migrated westward after the Civil War “to start a new life” with dignity. “Greenwood was one of over 100 African American communities in the West,” he says. “Greenwood was the biggest and the baddest of those communities.”