Happy 30th Anniversary Linux! How We Got To Know Ya 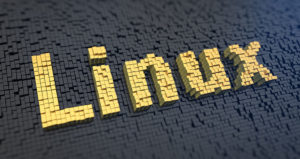 August 25 marks the 30th anniversary of the release of a free computer operating system that revolutionized nearly every industry and helped spread the open-source movement globally. Today, Linux is everywhere in industry as it dominates servers and networking; is the driving force behind cloud computing; and is the foundation of Google’s Android and Chrome operating systems. The post Happy 30th Anniversary Linux! How We Got To Know Ya appeared first on LinuxInsider.