Sanders: GOP Ended Filibuster to Pack Court, Dems Must Do So for Abortion Rights 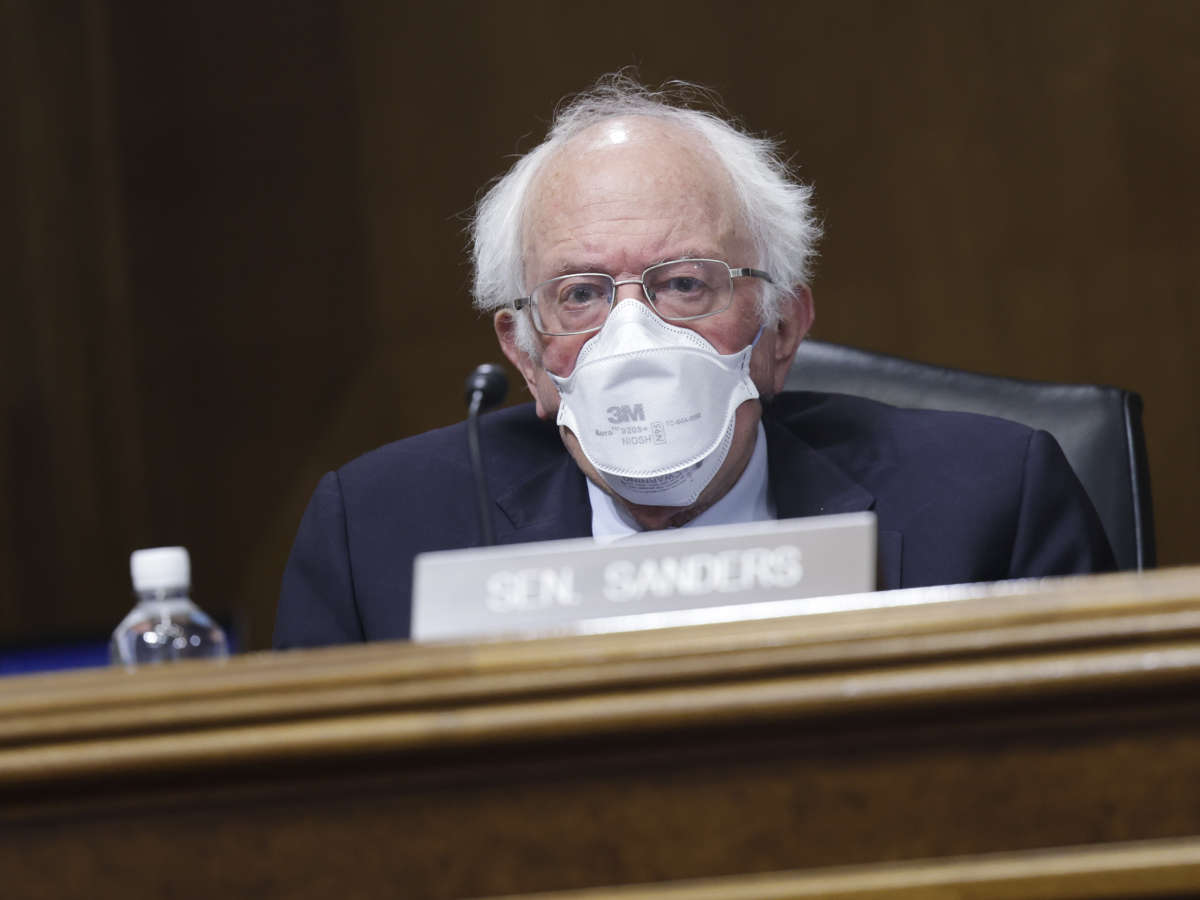 On the eve of a key procedural vote on the Women’s Health Protection Act, Sen. Bernie Sanders said in a floor speech Tuesday that the Senate’s Democratic majority must use its power to end the legislative filibuster and codify abortion rights into federal law.

Sanders (I-Vt.), the chair of the Senate Budget Committee, acknowledged that Senate Democrats don’t currently have the 60 votes needed to overcome the filibuster, an archaic rule that has enabled the Republican minority to stonewall much of the majority party’s agenda over the past year.

“It is not good enough to just talk about passing this bill,” Sanders said of the WHPA, legislation that would cement the right to abortion care free from medically unnecessary restrictions as the U.S. Supreme Court’s right-wing majority gears up to overturn Roe v. Wade.

“We must end the filibuster and pass it with 50 votes,” said the Vermont senator. “You know, I hear a lot of talk from my Democratic colleagues about the need for unity. Well, if there was ever a time for unity, now is that time.”

Despite calling Wednesday’s vote “one of the most important… in decades,” Senate Majority Leader Chuck Schumer (D-N.Y.) has not given any indication that he plans to pursue filibuster reform if Republicans and right-wing Democrats block the WHPA.

Just 50 votes and a tie-breaker from the vice president are required to eliminate or weaken the filibuster, but at least two right-wing Democrats — Sens. Joe Manchin (D-W.Va.) and Kyrsten Sinema (D-Ariz.) — have refused to accept any changes to the rule. Both Democratic senators openly defended the filibuster in the hours after Justice Samuel Alito’s extremist draft opinion was leaked to the press.

With Manchin opposed to the WHPA and the filibuster intact, the House-passed legislation is doomed to fail in the Senate.

In his speech Tuesday, Sanders noted that Republicans’ 2017 decision to eliminate the 60-vote filibuster for Supreme Court nominees empowered them to “do what they could not do legislatively: Make abortion illegal.”

“Candidate Donald Trump promised that he would only nominate Supreme Court justices who supported overturning Roe v. Wade,” Sanders said. “And, unfortunately, out of the many lies Trump made during his campaign and presidency, this seems to be the one promise he kept.”

The Vermont senator emphasized that Alito, a George W. Bush nominee, as well as Justices Neil Gorsuch, Brett Kavanaugh, and Amy Coney Barrett were selected by presidents who lost the popular vote. All four justices — plus Clarence Thomas, who was nominated by George H.W. Bush — are expected to vote to overturn Roe.

“Is it any wonder why Americans all over the country are losing faith in their democracy?” Sanders said. “If Republicans can end the filibuster to install right-wing justices nominated by presidents who lost the popular vote in order to overturn Roe v. Wade, Democrats can and must end the filibuster to make abortion legal and safe.”

If the Supreme Court ends Roe, the implications for abortion rights — and other key freedoms — will be massive.

In more than half of all U.S. states, abortion will likely be prohibited. If Republicans retake Congress in November and the White House in 2024, they could pursue a sweeping federal ban on abortion. The United States’ maternal mortality crisis, already the worst among rich countries, will potentially become more severe, with the impacts disproportionately hitting the poor.

“Let’s be clear: The Supreme Court will not be able to ban abortion,” Sanders said Tuesday. “If you are wealthy and you have the means to get on an airplane or drive hundreds of miles — you will always have access to a safe abortion. But if you are poor or if you are in the working class, you will not.”