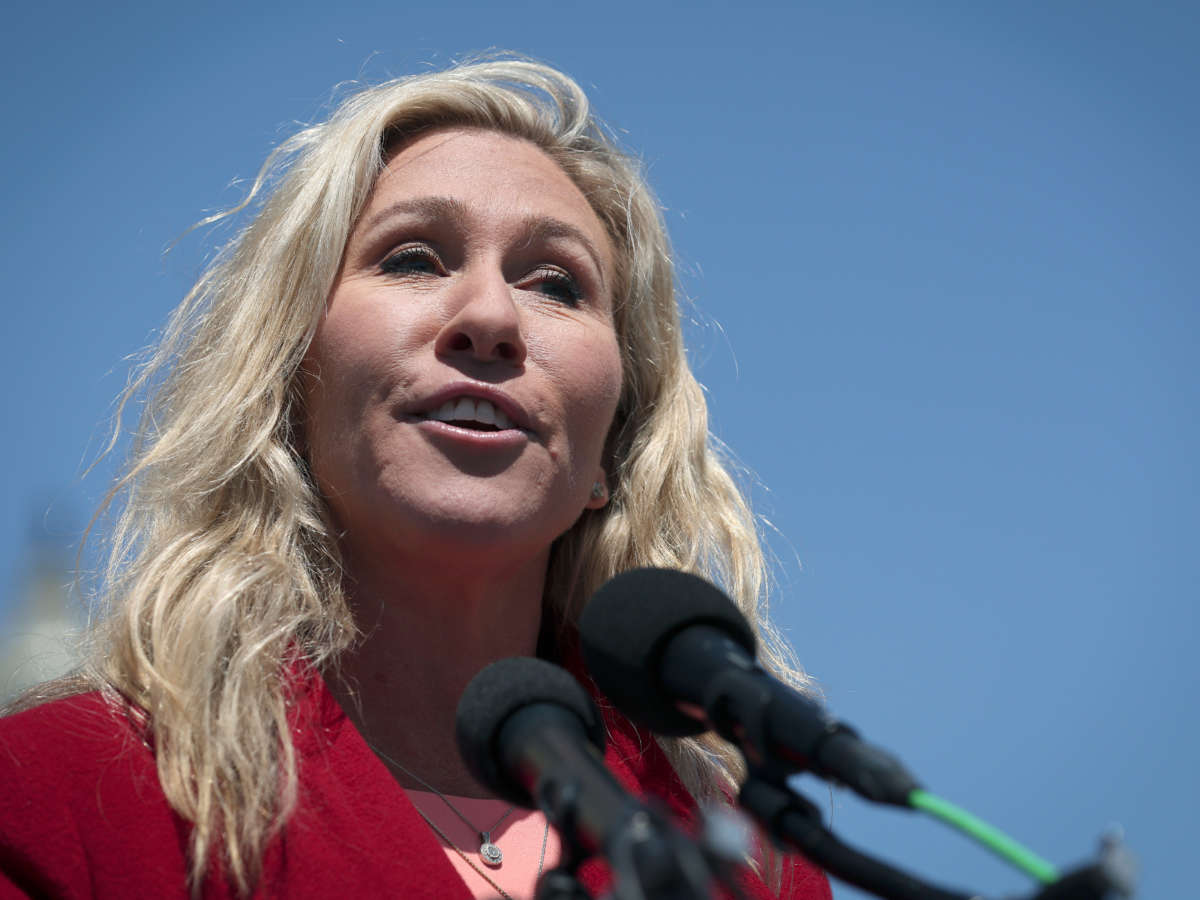 A group of voters in Rep. Marjorie Taylor Greene’s (R-Georgia) congressional district is appealing a previous finding from an administrative judge saying that she is an eligible candidate for office — and that she wasn’t in violation of the “insurrection” clause of the 14th Amendment to the U.S. Constitution.

The five voters appealing that decision, led by the organization Free Speech for People, argue that their original complaint was not decided on fairly or in accordance with Georgia’s laws on such matters.

The appeal to the original order was filed on Monday.

The original complaint against Greene earlier this year alleged that her involvement in plans to overturn the results of the 2020 presidential election — including her advocating for former President Donald Trump to consider using martial law to keep now-President Joe Biden from being rightfully inaugurated — violated the 14th Amendment, which bars any person who has previously taken an oath of office to a political position in the U.S. from running for office in the future if they’ve engaged in “insurrection” or “rebellion against” the country.

A person who has been deemed an insurrectionist against the U.S. can only retain the ability to run for office through a two-thirds vote in both houses of Congress.

The original complaint was sent to Georgia Secretary of State Brad Raffensperger, who forwarded it to Georgia Administrative Law Judge Charles Beaudrot. Greene was compelled to testify during the daylong hearing on the matter, but said she couldn’t recall or confirm many of her own past statements.

“Greene’s defense rested almost entirely on her claimed lack of memory,” the new complaint from the five voters says, noting that “she answered ‘I don’t recall’ or some version thereof more than 80 times during the hearing.”

Beaudrot eventually sided with Greene, stating that the voters did not provide a compelling enough argument for why she should be barred from running. But in their new complaint, the five voters note that, according to precedent established by state Supreme Court rulings, the burden of proving whether a candidate is eligible to run is on the candidate, not the voters filing the challenge.

By shifting the onus onto those making the complaint against Greene, Beaudrot erred in his final judgment, those voters say in their appeal, which was filed in Fulton County Superior Court.

Primary elections for congressional races in Georgia are set to commence later this month.

The Pfizer Exec Story is No Hoax

The Pfizer Exec Story is No Hoax

Thousands of Antifa rioters march on Memphis, Portland and Seattle amid call for violence