Manchin and Sinema “Sabotaged” Their Own Party’s Agenda, Sanders Says 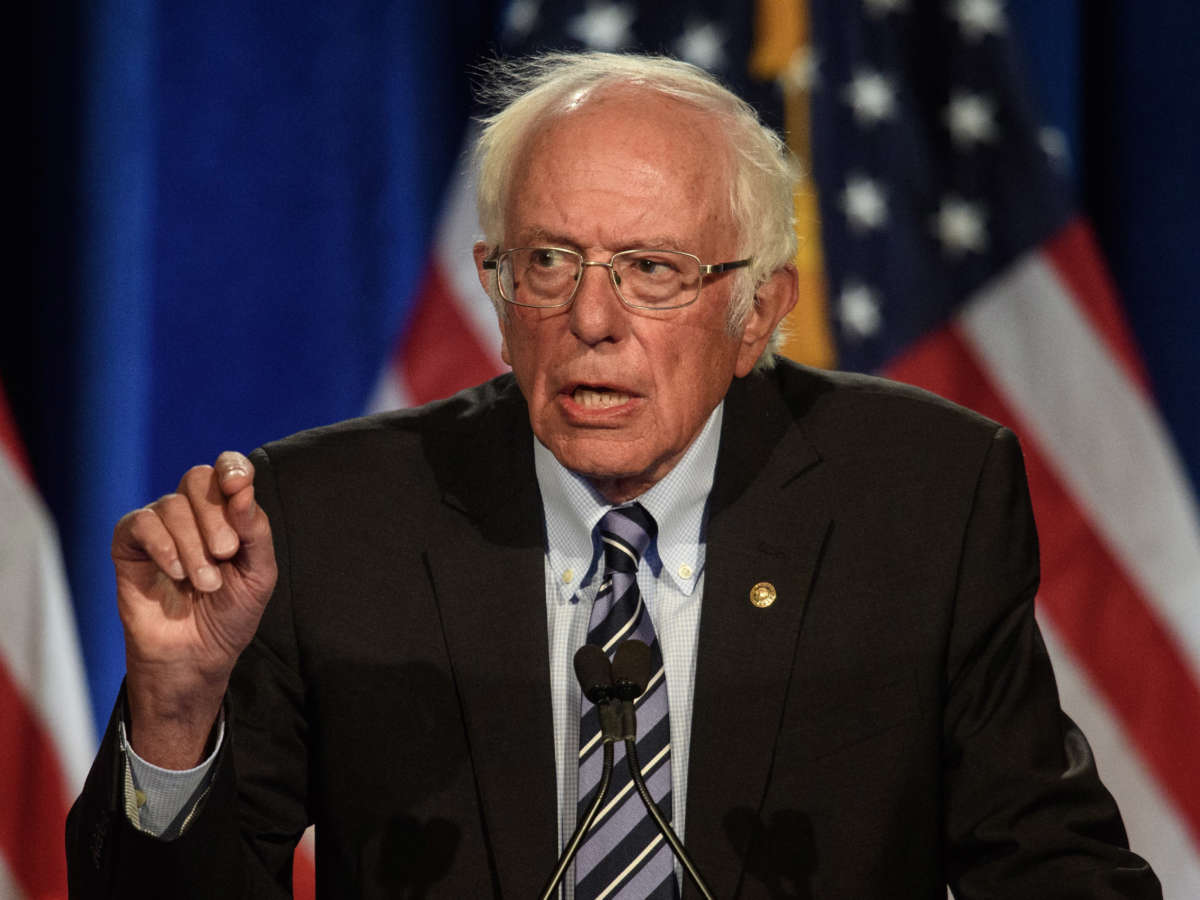 “It should not be a head scratcher. You’ve got two members of the Senate, Senator Manchin and Senator Sinema, who have sabotaged what the president has been fighting for,” Sanders said in an interview on NBC’s “Meet the Press.”

Sanders was the driving force behind Democrats’ infrastructure and social spending bill last year, which was originally proposed by President Joe Biden and crafted as part of his “Build Back Better” agenda.

Originally pitched at $6 trillion by Sanders, the bill was negotiated down to $3.5 trillion and, later, $1.75 trillion — Manchin’s benchmark for the cost of the bill. Then, after Manchin and Sinema forced the White House to capitulate to nearly all of their demands for the bill, including carving climate provisions out of the proposal, Manchin killed it altogether after wasting months on negotiations.

Manchin later suggested that he never planned on negotiating in good faith with fellow Democrats on the bill, who he said were “way far apart” from him on popular issues like lowering drug prices. Sinema, who famously dodges talking to the media and her constituents, provided few details on her opposition to the bill.

“You’ve got 48 members of the Senate who wanted to go forward with an agenda that helped working families, that was prepared to take on the wealthy and the powerful. You had a president who wanted to do that. You’ve got two people who prevented us from doing that,” Sanders said. “You have a better word than ‘sabotage’? That’s fine, but I think that’s the right word.”

The Vermont senator said that Sinema and Manchin’s constituents deserve an explanation for why the two conservatives “don’t have the guts” to take on the pharmaceutical, insurance or fossil fuel industries. Earlier this year, Sanders said that the Senate should break up the proposal and vote on it in pieces in order to get a public record of senators’ positions on every one of the bill’s issues.

During the interview, the senator also called for the filibuster to be abolished so that abortion rights protections can be passed. “I mean, people cannot believe that you have a Supreme Court and Republicans who are prepared to overturn 50 years of precedent,” he said. “So I think what we should do is on this bill: end the filibuster, do everything that we can to get 50 votes on the strongest possible bill” to protect abortion access.

Last week, the Senate failed to pass a bill that would federally protect abortion access if the Supreme Court follows through on overturning Roe v. Wade. Manchin joined all 50 Republicans in voting against the bill, leading Sanders to question whether the West Virginia lawmaker is a Democrat at all.