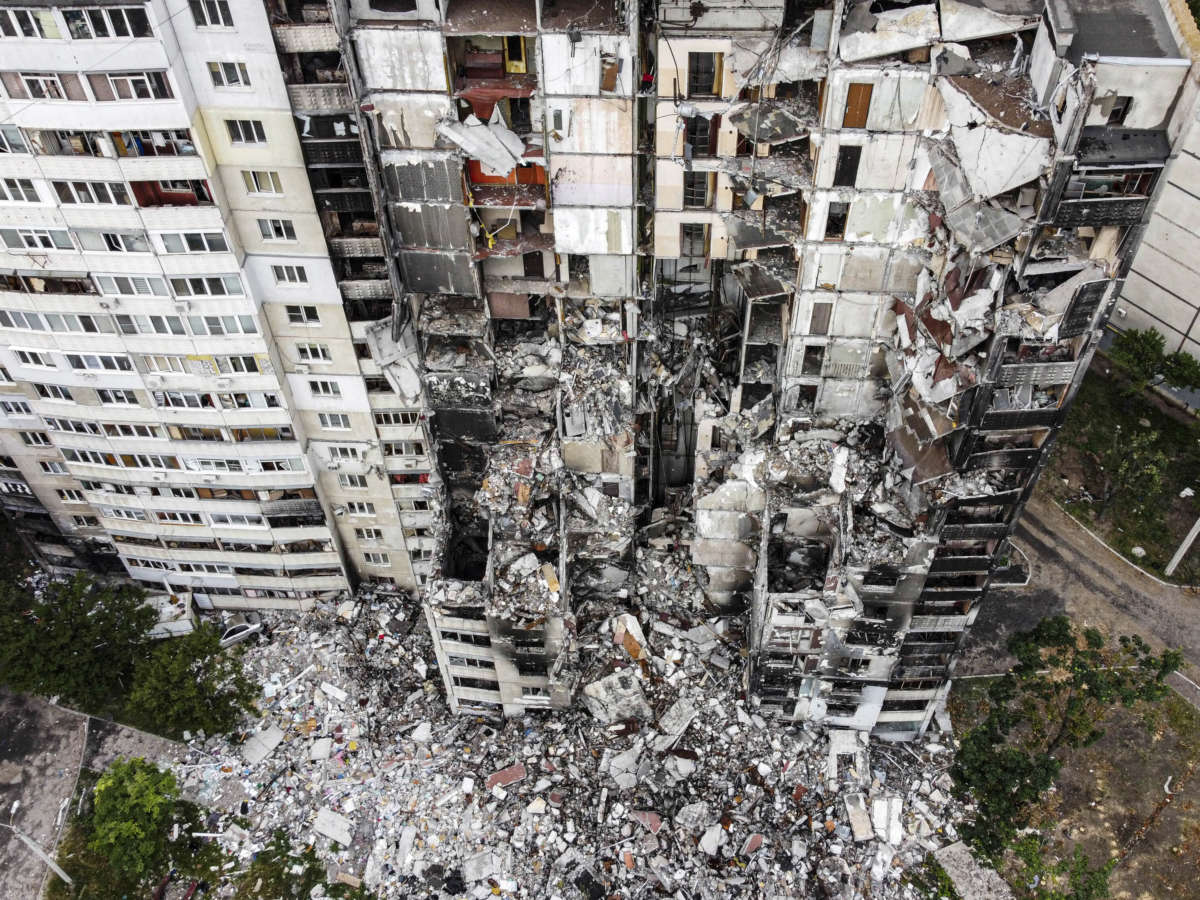 The report, titled “Anyone Can Die at Any Time,” was compiled from interviews with 160 people, including survivors of strikes, witnesses, and medical professionals who treated victims.

Amnesty researchers spent 14 days in the Kharkiv region investigating 41 strikes that took place between February 24 and April 28, including cluster munition strikes in residential neighborhoods across the city. Those strikes killed at least 62 people and injured nearly 200.

“The repeated use of widely banned cluster munitions is shocking, and a further indication of utter disregard for civilian lives,” said Donatella Rovera, Amnesty International’s senior crisis response adviser. “The Russian forces responsible for these horrific attacks must be held accountable for their actions, and victims and their families must receive full reparations.”

Cluster munitions are banned under the Convention on Cluster Munitions, a global treaty that took effect in 2010. Ukraine, Russia, and the U.S. are not signatories of the agreement, but Amnesty said the countries “are obliged to respect the ban on the use of inherently indiscriminate weapons that forms part of customary international humanitarian law.”

The munitions are “inherently indiscriminate,” said Amnesty, because after an initial strike they leave behind unexploded ordnance across a wide area, creating de facto landmines and posing a risk to civilians.

One survivor, Valerii Nosonenko of the Saltivka neighborhood, described witnessing a series of cluster submunitions exploding on April 26, killing three people and injuring at least six.

“We went out at about 11:45 am and as we were by the corner of the building I heard a sound: not the usual whistle of a Grad rocket, which we had gotten used to, but a shorter, sharper sound,” Nosonenko told Amnesty researchers. “Since the explosion was at ground level I decided not to lie down and to run up the street instead. I grabbed [my wife] Nina’s hand and told her to keep her head down and run. At the same time I felt a sharp pain at the back of my left thigh.”

“I was bleeding and in pain and I ran towards the first entrance of the building and asked our neighbor, Olha, to call an ambulance, and at that moment there was a second explosion and Nina fell to the ground,” he continued. “She was injured in the back. Shrapnel went through from her back to the front of her collarbone and damaged her lung.”

Researchers also investigated a bombing near a playground in the Industrialnyi neighborhood, finding “distinctive fins and metal pellets and other fragments” of cluster munitions as well as “several small craters” in the ground which are common after cluster bombings.

At least nine civilians were killed in the bombing on April 15, including 41-year-old Oksana Litvynyenko, who was walking with her husband Ivan and their four-year-old daughter.

Ivan told the researchers that shrapnel penetrated Oksana’s back, chest, and abdomen, puncturing her lungs and spine and leaving her with serious injuries that led to her death on June 11.

At least six people were killed as they waited in a line for humanitarian assistance outside a post office near Akademika Pavlova metro station on March 24, after a cluster bombing in the station parking lot which also caused explosions of submunitions hundreds of meters away.

Two of the munitions struck Holy Trinity Church, where volunteers have been preparing food and aid packages on a daily basis for elderly people and people with disabilities since the war began in February.

Russia’s “continued use of such inaccurate explosive weapons in populated civilian areas” may amount to the military “directing attacks against the civilian population,” said Amnesty, adding that the use of cluster munitions constitutes war crimes.

“Russia cannot claim it does not know the effect of these weapons,” said Agnes Callamard, secretary general of Amnesty.

Ukraine: Evidence shows widespread use of cluster munitions in Kharkiv, tantamount to deliberately targeting civilians. Russia cannot claim it does not know the effect of these weapons. The decision to use them shows absolute disregard for civilian life https://t.co/Sar3MfqIE5

The report called “for justice processes to be as comprehensive as possible, ensuring that all perpetrators are brought to justice through independent, impartial, and fair trials for all crimes under international law.”

Kharkiv, Ukraine’s second-largest city, was home to 1.4 million people before Russia invaded, but officials say more than 600,000 civilians have fled due to the bombardment campaign.

Throughout Ukraine, the United Nations has so far documented 4,339 civilian deaths and more than 5,200 injuries since the war began.