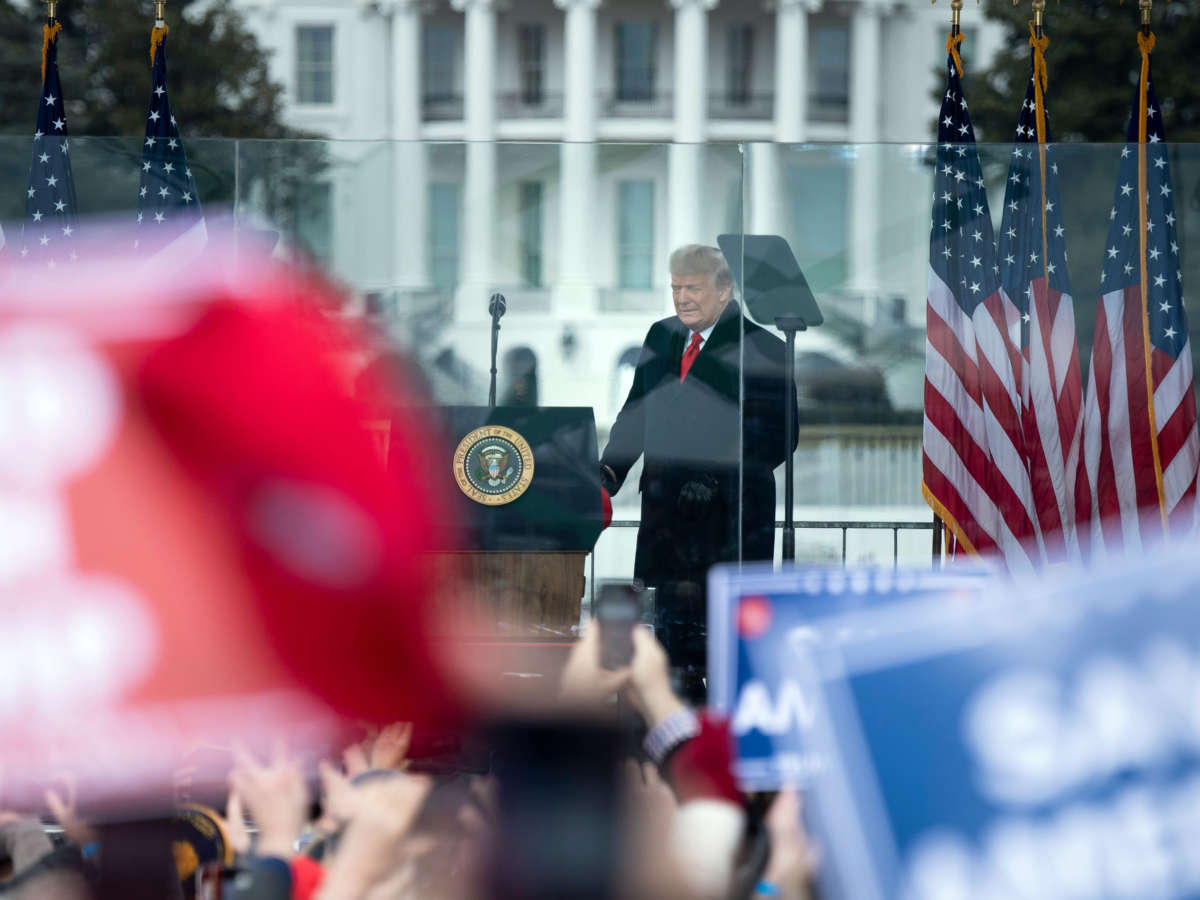 That day, Trump addressed a rowdy crowd of his loyalists in an incendiary speech as Congress was meeting to certify the Electoral College results, encouraging his followers to go directly to the Capitol building and telling them they would “never take back our country with weakness.” For several hours after thousands of his loyalists violently breached the building, Trump refused to issue a statement telling them to stop. Later that evening, when he finally did ask his supporters to go home, he said that he loved them and that they were “very special.”

Trump has denied any responsibility for the events of January 6, and has downplayed the day’s violence on many occasions, wrongly suggesting that his loyalists were peacefully demonstrating against a “rigged” election — even though claims that fraud had affected the outcome of the 2020 election have been debunked numerous times.

A new Politico/Morning Consult poll, conducted just after the first public hearing held by the January 6 committee, shows that most Americans believe that Trump is at least partially responsible for the attack on the U.S. Capitol building.

The poll questioned respondents on whether the Department of Justice (DOJ) should bring legal action against elected officials in certain circumstances. Sixty-three percent of respondents said that officials who mislead Americans about the outcome of an election should face repercussions from the DOJ, and 67 percent said that officials should face legal action for directly attempting to overturn an election.

When asked about the House select committee investigating the Capitol attack, 50 percent of Americans said they approve of the committee’s work while just 35 percent said they disapprove. Nearly two-thirds of respondents (65 percent) said that Republican lawmakers who have been subpoenaed to testify should be compelled to do so.

And while many Republicans have suggested that Americans are ready to “move on” from the violence at the Capitol, the poll contradicts that notion entirely; at least 50 percent of voters said the events of January 6 will impact how they vote in the upcoming midterm elections.

The poll comes as another public hearing from the January 6 committee is set to begin later this week. On Thursday, the committee plans to highlight how Trump sought to replace officials in the Justice Department with individuals more willing to push his false narratives of election fraud, and how he intended to use the department in order to maintain his power.