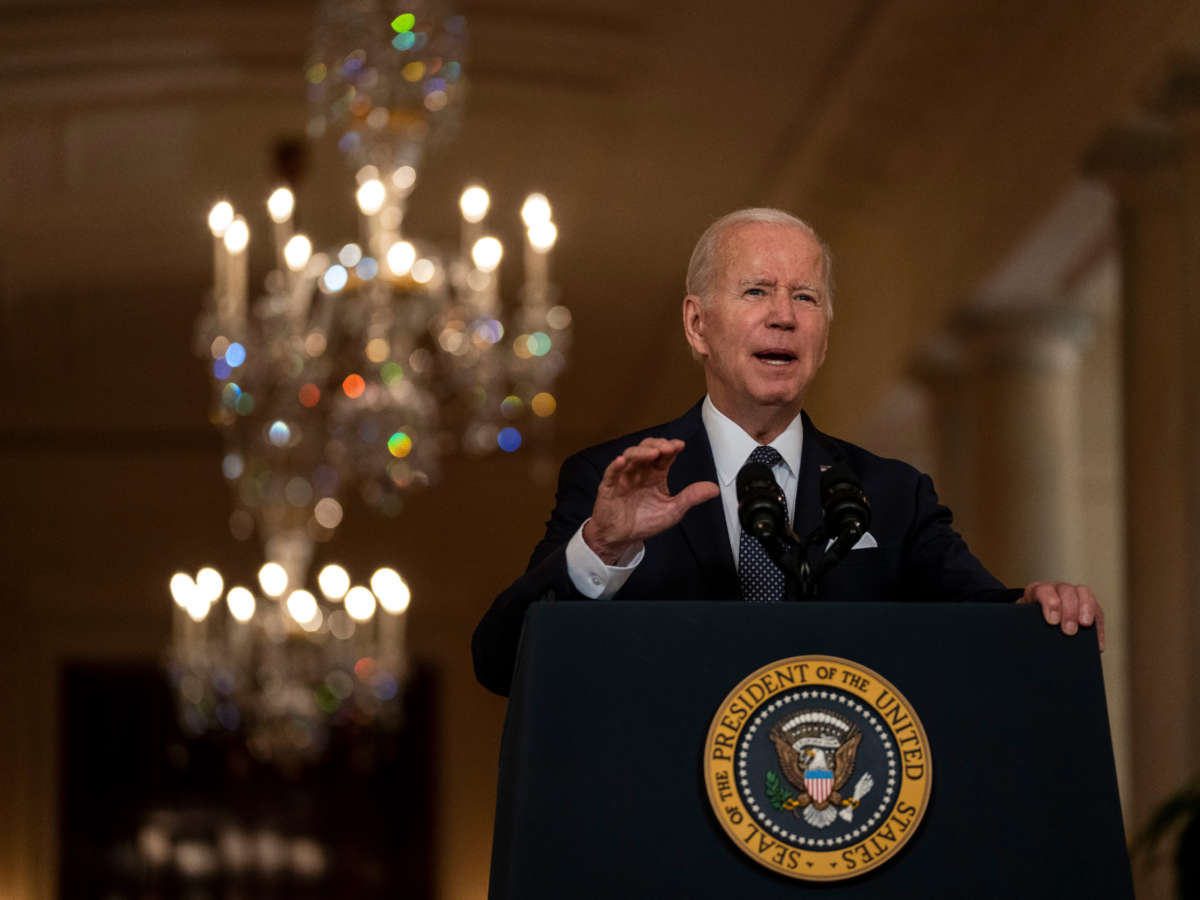 President Joe Biden sent a letter to several oil refinery companies on Wednesday, telling them to increase production in order to lower gas prices across the country.

In his letter, which he sent to seven oil refinery companies in the U.S., Biden noted that gas prices have gone up by $1.70 per gallon since the start of 2022, to around $5 per gallon for consumers, on average.

Biden blamed the higher prices partially on Vladimir Putin’s war against Ukraine, saying that it has disrupted the global supply of oil, making it harder to refine more oil into gas. But the president also said that refinery companies played a role in raising prices at the pump.

“The sharp rise in gasoline prices is not driven only by rising oil prices, but by an unprecedented disconnect between the price of oil and the price of gas,” Biden said.

He noted that gas and diesel prices are significantly higher now than they were three months ago, in spite of the price of oil staying relatively the same. The high increases were “the result of the historically high profit margins for refining oil into gasoline, diesel and other refined products,” Biden said.

The president recognized that there was a shortage of refining capacity due to the pandemic, but questioned how global “refinery profit margins [could be] well above normal” during “a time of war.”

Passing the costs onto American families is “not acceptable,” Biden said, adding:

The crunch that families are facing deserves immediate action. Your companies need to work with my Administration to bring forward concrete, near-term solutions that address the crisis.

Biden’s letter to oil refinery companies didn’t reference any of the numerous solutions that progressives have called for. Sen. Bernie Sanders (I-Vermont) and other climate advocates, for example, have called for a windfall tax on oil companies’ profits, to discourage them from imposing artificially inflated prices on consumers.

“If the conservative government in the United Kingdom can implement a windfall profits tax on Big Oil and use that revenue to help consumers offset high gas prices at the pump, we can and we must do the same,” Sanders said in a tweet on Wednesday. “We must stop corporate greed and protect working families.”

Climate advocates are also wary of Biden’s actions, noting that his push for Big Oil to increase production is inconsistent with his pledge to focus on reducing the U.S.’s use of fossil fuels.

“It’s not even so much that I think the administration is recommitting to oil and gas, it’s that nobody can tell what they’re trying to do,” Justin Guay, director of global climate strategy at the Sunrise Project, told Politico back in April. “They’re not telling a coherent story.”