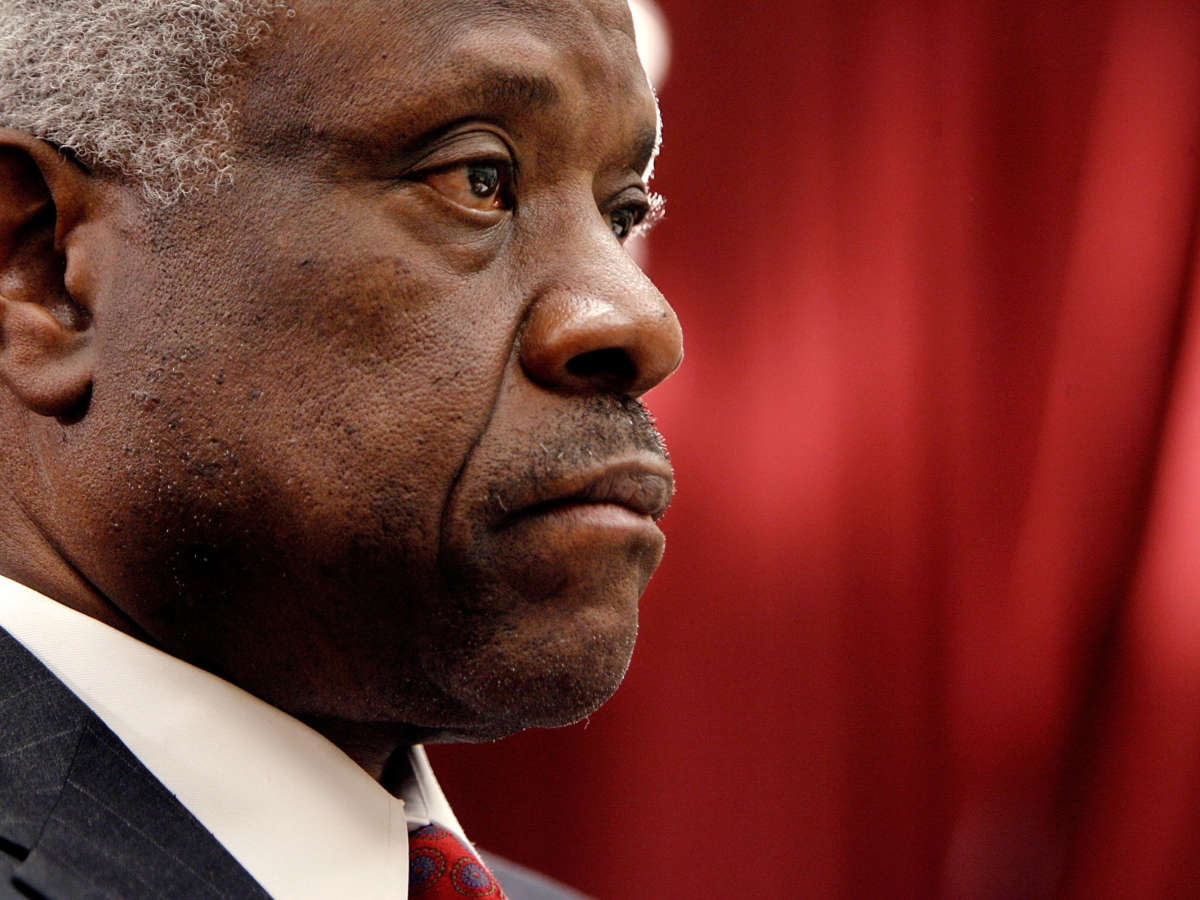 A petition calling for the resignation or impeachment of Supreme Court Justice Clarence Thomas is nearing half a million signatures after he refused to recuse himself from a case that was a clear conflict of interest due to his wife’s right-wing activism.

Ginni Thomas, a frequent advocate for far right causes, texted former Trump chief of staff Mark Meadows at least 29 times after the 2020 presidential election, urging him to seek means to overturn the results. When a case involving Meadows’s documents and communications while in the White House made its way to the Supreme Court, eight of the justices affirmed the right of the January 6 House select committee investigating the Capitol attack to obtain them. Clarence Thomas was the only justice who voted against allowing the documents to be handed over to investigators.

Critics of the justice’s dissenting opinion said that he should not have been involved in the case at all, as the documents likely included the texts his wife sent to Meadows, implicating her in the plot by Trump loyalists to overturn President Joe Biden’s win — making the case a clear conflict of interest. High Court justices are encouraged, but not required, to recuse themselves from “any proceeding in which his [or her] impartiality might reasonably be questioned.”

Because of Clarence Thomas’s refusal to recuse himself from this case and others involving his wife, the progressive advocacy organization MoveOn.org has called for the justice to resign. If he doesn’t resign, they say in their petition, Congress should impeach him.

In their complaint, which is not binding in any way, MoveOn also took note of Thomas’s recent involvement in the Supreme Court case Dobbs v. Jackson, which overturned nearly 50 years of abortion rights protections.

“The right-wing rigged Supreme Court overturned Roe v. Wade last week, effectively taking away the right to privacy and bodily autonomy that’s been considered legal precedent for the past 50 years,” the organization wrote. “Supreme Court Justice Clarence Thomas — who sided with the majority on overturning Roe — made it clear what’s next: to overturn high court rulings that establish gay rights and contraception rights.”

Thomas’s unethical conduct warranted his removal from the Court, the organization went on.

“It has become clear that [Thomas’s] wife…was actively urging the White House to overturn election results both leading up to January 6 and after the deadly insurrection. Thomas’ failure to recuse himself warrants immediate investigation and heightened alarm,” MoveOn said.

“He has shown he cannot be an impartial justice and is more concerned with covering up his wife’s coup attempts than the health of the Supreme Court,” the organization added. “He must resign — or Congress must immediately investigate and impeach.”

A majority of Americans back the central tenets of the petition. A poll conducted jointly by Demand Justice and Heart Research Associates, published earlier this month, found that 61 percent of Americans would favor a congressional investigation into Clarence Thomas due to his refusal to recuse from the case involving his wife. Fifty-three percent also believed that the justice should recuse himself from all future cases involving the 2020 election, due to Ginni Thomas’s campaign to overturn the election results.