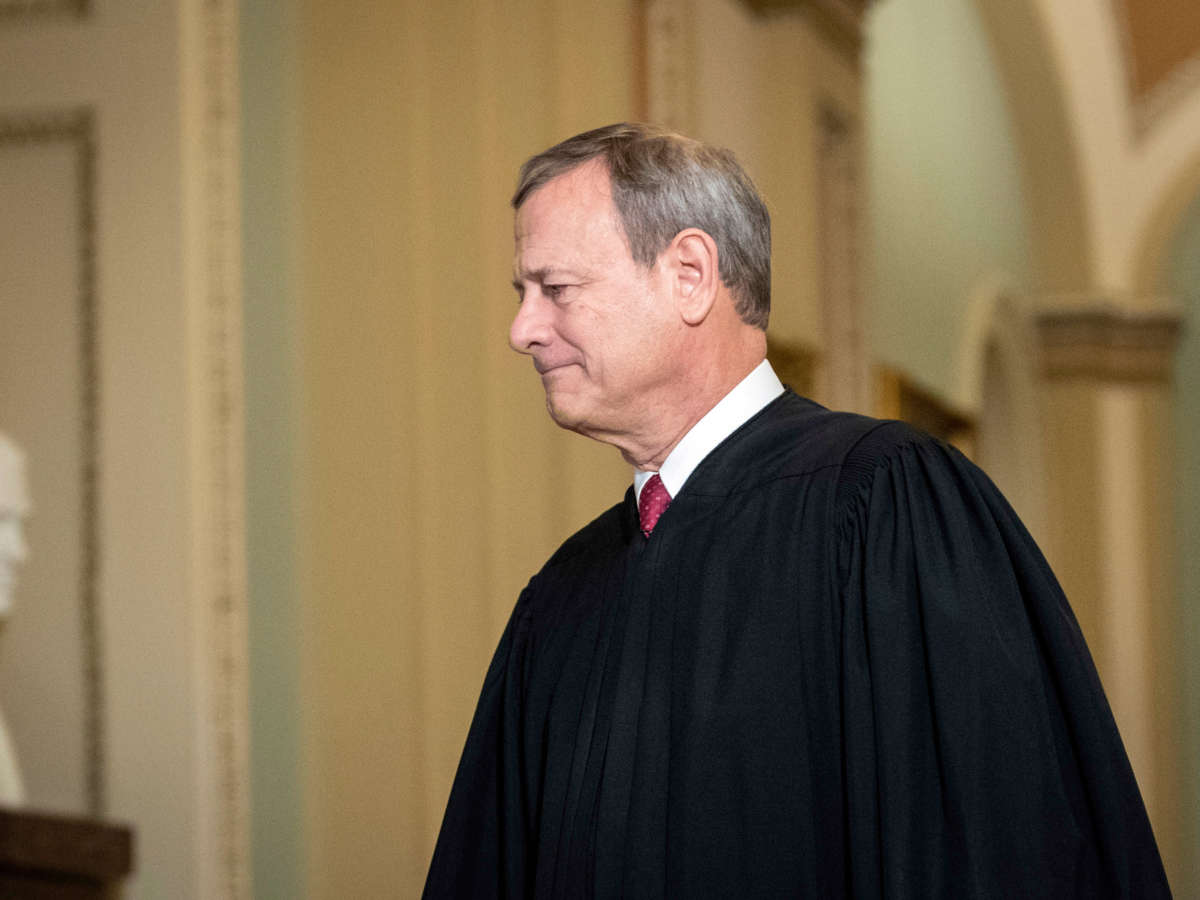 When a draft of the Supreme Court decision overturning Roe v. Wade was leaked to the public this spring, Chief Justice John Roberts was in the process of privately trying to dissuade conservative bloc justices from voting in favor of upending abortion rights — but the leak brought all potential compromises to a halt.

The details of the behind-the-scenes negotiations were reported on by CNN Tuesday morning. Multiple sources speaking to the outlet described how abortion rights recognized in Roe ultimately ended up being eradicated in this term’s case, Dobbs v. Jackson.

Roberts wrote a concurring opinion in that case, agreeing with the other five conservative justices that the state of Mississippi should be allowed to place restrictions on abortions after 15 weeks of pregnancy. But he disagreed with overturning Roe entirely, writing that the Court “should adhere closely to principles of judicial restraint,” and that “repudiating a constitutional right we have not only previously recognized, but also expressly reaffirmed applying the doctrine of stare decisis” would be a mistake.

Roberts had tried to persuade other justices, particularly Justice Brett Kavanaugh, to join his concurring opinion. Aligned with the three liberal bloc justices, the resulting decision would have likely allowed a 15-week ban but kept the right to abortion intact throughout the country.

Kavanaugh, who had previously told the Senate in his nomination hearings that Roe was settled law, had initially voted for Alito’s anti-abortion position after oral arguments in December. But according to CNN, Kavanaugh was open to hearing Roberts’s words on the matter.

Roberts faced an uphill battle in getting Kavanaugh to agree with his position, but not an impossible one — although it is uncommon for a justice to change their mind after their initial vote.

Roberts’s negotiations with other justices were reportedly worrisome to conservatives, CNN reported.

Once the opinion by Alito was leaked, however, negotiations between Roberts and Kavanaugh came to an abrupt halt. Sources speaking to CNN said that the leak was the catalyst to stopping any compromise in the Dobbs decision.

When the opinion was initially leaked, conservative commentators and lawmakers decried it as an attempt by a liberal-aligned staffer of the Court to pressure justices into changing their minds. Sen. Lindsey Graham (R-South Carolina), for instance, claimed the leak was evidence that “the radical Left [was] hell-bent on reshaping institutions that have stood in the way of the outcomes they desire.”

However, this latest reporting has led many to believe that the leak came from a right-wing source instead.

The reporting is “more support for the theory that conservatives had the most to gain from the leak,” wrote Josh Block, an attorney with the American Civil Liberty Union’s LGBT Rights Project.

Will Saletan, a writer for the conservative website Bulwark, agreed with Block’s assessment. The abrupt way in which the leak stopped negotiations led by Roberts is “evidence that the leak may have come from the right,” Saletan said.

Zach Wahls, a Democratic state Senator from Iowa, said that the reporting from CNN confirmed his long-held suspicions.

“Have been confident from the beginning that the leak came from the office of a right wing justice, and this all but confirms it,” he tweeted.

“Still firmly believe this leak came from the Alito and/or Thomas camp to lock those votes in,” wrote user @Angry_Staffer, a popular anti-Donald Trump Twitter account. “My guess is that Roberts was having some luck with Kavanaugh, but after the leak, a changed vote would have looked like the result of intimidation.”

Some also speculated that specific justices — and perhaps their activist spouses — may have played a role in the leak.

“This is why many people believe the leak came from Ginni or Clarence Thomas because it ended John Roberts’s ability to change anyone’s vote,” said Rachel Larris, Senior Media Relations Specialist at George Washington University.

A day after the leaked draft was made public, Roberts ordered the Court to conduct an internal investigation into what he described as an “egregious breach” of the institution. Since that time, however, no new developments in the investigation have been made public — and it’s unclear if the investigation is still open, or whether any outside agencies are looking into the matter.