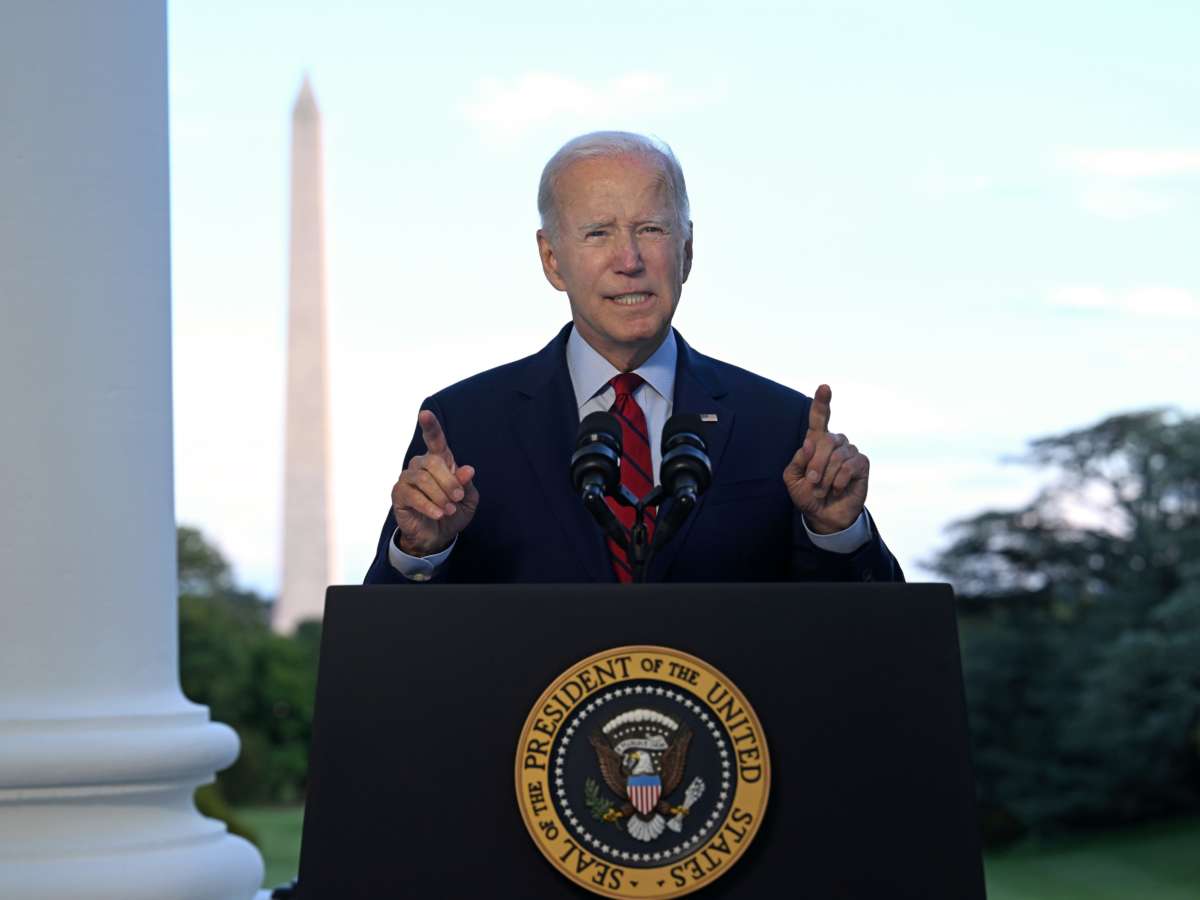 President Joe Biden’s assassination of al-Qaeda leader Ayman al-Zawahiri in Afghanistan was illegal under both U.S. and international law. After the CIA drone strike killed Zawahiri on August 2, Biden declared, “People around the world no longer need to fear the vicious and determined killer.” What we should fear instead is the dangerous precedent set by Biden’s unlawful extrajudicial execution.

In addition to being illegal, the killing of Zawahiri also occurred in a moment when the United Nations had already determined that people in the U.S. had little to fear from him. As a United Nations report released in July concluded, “Al Qaeda is not viewed as posing an immediate international threat from its safe haven in Afghanistan because it lacks an external operational capability and does not currently wish to cause the Taliban international difficulty or embarrassment.”

Retaliation, however, does not constitute justice.

The fact that Zawahiri did not pose an imminent threat is precisely why his assassination was illegal.

Extrajudicial executions are prohibited by the International Covenant on Civil and Political Rights (ICCPR), which the United States has ratified, making it part of U.S. law under the Constitution’s supremacy clause. Article 6 of the ICCPR states, “Every human being has the inherent right to life. This right shall be protected by law. No one shall be arbitrarily deprived of his life.” In its interpretation of Article 6, The UN Human Rights Committee opined that all human beings are entitled to the protection of the right to life “without distinction of any kind, including for persons suspected or convicted of even the most serious crimes.”

“Outside the context of active hostilities, the use of drones or other means for targeted killing is almost never likely to be legal,” tweeted Agnès Callamard, UN special rapporteur on extrajudicial, summary or arbitrary executions. “Intentionally lethal or potentially lethal force can only be used where strictly necessary to protect against an imminent threat to life.” In order to be lawful, the United States would need to demonstrate that the target “constituted an imminent threat to others,” Callamard said.

Extrajudicial executions are prohibited by the International Covenant on Civil and Political Rights which the United States has ratified, making it part of U.S. law .

Moreover, willful killing is a grave breach of the Geneva Conventions, punishable as a war crime under the U.S. War Crimes Act. A targeted killing is lawful only when deemed necessary to protect life, and no other means (including apprehension or nonlethal incapacitation) is available to protect life.

The drone strike that killed Zawahiri also violated the War Powers Resolution, which lists three situations in which the president can introduce U.S. Armed Forces into hostilities:

First, pursuant to a congressional declaration of war, which has not occurred since World War II. Second, in “a national emergency created by attack upon the United States, its territories or possessions, or its armed forces.” (Zawahiri’s presence in Afghanistan more than 20 years after the September 11, 2001, attacks did not constitute a “national emergency.”) Third, when there is “specific statutory authorization,” such as an Authorization for Use of Military Force (AUMF).

Willful killing is a grave breach of the Geneva Conventions, punishable as a war crime under the U.S. War Crimes Act.

In 2001, Congress adopted an AUMF that authorized the president to use military force against individuals, groups and countries that had contributed to the 9/11 attacks “in order to prevent any future acts of international terrorism against the United States by such nations, organizations or persons.”

Zawahiri was one of a small circle of people widely believed to have planned the 2001 hijacking of four airplanes, three of which were flown into the Pentagon and World Trade Center buildings. But since he did not pose “an immediate international threat” before the U.S. targeted him for assassination, he should have been arrested and brought to justice in accordance with the law.

The attack against Zawahiri violated Obama’s targeting rules, which required that the target pose a “continuing imminent threat.” Although Donald Trump relaxed Obama’s rules, Biden is conducting a secret review to establish his own standards for targeting killing.

In spite of the Biden administration’s claim that no civilians were killed during the strike on Zawahiri, there has been no independent evidence to support that assertion.

The assassination of Zawahiri came nearly a year after Biden launched an illegal strike as he withdrew U.S. troops from Afghanistan. Ten civilians were killed in that attack. The U.S. Central Command admitted the strike was “a tragic mistake” after an extensive New York Times investigation put a lie to the prior U.S. declaration that it was a “righteous strike.”

The attack against Zawahiri violated Obama’s targeting rules, which required that the target pose a “continuing imminent threat.”

Biden declared that although he was withdrawing U.S. forces from Afghanistan, he would mount “over-the-horizon” attacks from outside the country even without troops on the ground. We can expect the Biden administration to conduct future illegal drone strikes that kill civilians.

The 2001 AUMF has been used to justify U.S. military actions in 85 countries. Congress must repeal it and replace it with a new AUMF specifically requiring that any use of force comply with U.S. obligations under international law.

In addition, Congress should revisit the War Powers Resolution and explicitly limit the president’s authority to use force to that which is necessary to repel a sudden or imminent attack.

Finally, the United States must end its “global war on terror” once and for all. Drone strikes terrorize and kill countless civilians and make us more vulnerable to terrorism.