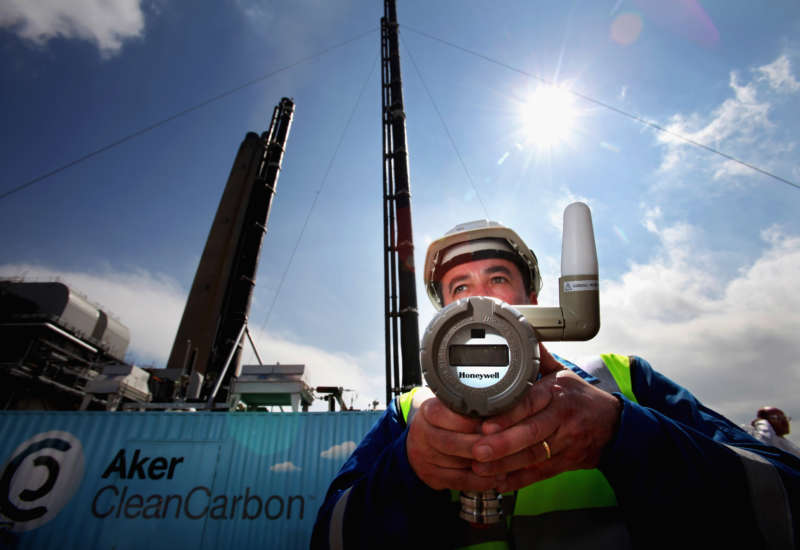 This month, the Intergovernmental Panel on Climate Change (IPCC), the world authority on the state of Earth’s climate, released the first installment of its Sixth Assessment Report on global warming. It was signed off by 195 member governments. It spells out, in no uncertain terms, the stakes we are up against — and why we have no time to waste in taking dramatic steps to build a green economy.

The IPCC has been publishing reports on the state of the climate and projections for climate change since 1990. The first IPCC report surmised that human activities were behind global warming, but that further scientific evidence was needed. By the time the Fourth Assessment Report came out in 2007, the evidence for human-caused global warming was described as “unequivocal,” with at least a 9 out of 10 chance of being correct. The report confirmed that the warming of the Earth’s surface to record levels was due to the extra heat being trapped by greenhouse gases and called for immediate action to combat the challenge of global warming.

The Sixth Assessment Report finally states in absolute terms that anthropogenic emissions are responsible for the rising temperatures in the atmosphere, lands and the oceans. In other words, the fossil fuel industry is destroying the planet. And, in a similar tone to some of its previous reports, the IPCC warns that time is running out to combat global warming and avoid its worse effects. Without sharp reduction in emissions, we could easily exceed the 2 degrees Celsius (2°C) temperature threshold by the middle of the century.

Of course, we are already in a climate crisis. Heat waves have broken records this summer in many parts of the world, including the Pacific Northwest of the United States and western Canada; wildfires have ravaged huge areas in southern Europe, causing “disaster without precedent” in Greece, Spain and the Italian island of Sardinia; and deadly floods have upended life in China and Germany. Global average temperatures stand now at 1.1°C above pre-industrial levels. A global warming increase of 1.5°C would have a much greater effect on the probability of extreme weather effects like heat waves, floods, droughts and storms, and at 2°C, things get a lot nastier — and for a much larger percentage of the world’s population.

At current trends, it’s most unlikely that global warming can be held at 1.5°C. We have already emitted enough greenhouse gases into the atmosphere to cause 2°C of warming, according to a group of international scientists who published their findings in Nature Climate Change. Even a 3°C increase or more is plausible. In fact, the Network for Greening the Financial System (a group of central banks and supervisors) is already considering climate scenarios with over 3°C of warming, labeling it the “Hot House World.”

Yet, in spite of all the dire climate warnings by IPCC and scores of other scientific studies, the world’s political and corporate leaders continue with their “business-as-usual” approach when it comes to tackling the climate crisis.

Preposterously, the Biden administration seems to think that the best way to tackle global warming caused by anthropogenic emissions is through increasing levels of combustion of fossil fuels.

This must also be the thinking behind China’s affinity for coal, as the world’s biggest carbon polluter is actually financing more than 70 percent of coal plants built globally.

The Network for Greening the Financial System (a group of central banks and supervisors) is already considering climate scenarios with over 3°C of warming, labeling it the “Hot House World.”

Or perhaps this is all part of a framework that assumes, “We are doomed, so let’s get it over with quickly.”

In either case, one suspects that political inaction and the prospect of losing the battle against the climate emergency may be the reason why the new IPCC climate report has fully embraced the idea of carbon dioxide removal from the atmosphere with the aid of technology as a necessary strategy to contain global warming.

The need for carbon removal was also addressed in the IPCC’s 2018 special report on the 1.5°C temperature limit, both through natural and technological carbon dioxide removal strategies. And an IPCC special report on carbon dioxide capture and storage (CCS) dates all the way back to 2005. But it seems that IPCC is now placing greater emphasis than before on innovation and carbon-removal technologies, especially through the process known as direct air carbon capture and storage (DACCS).

The actual rationale for the emphasis on a technological fix (geoengineering, by the way, which involves large-scale intervention in and manipulation of the Earth’s natural system, is not included in the IPCC’s latest report) lies in the belief that we can no longer hope to limit global warming to 1.5°C without carbon dioxide removal of greenhouse gas emissions from the atmosphere, which will then be stored into underground geologic structures or deep under the sea.

Unfortunately, there is a long history of technological promises to address the climate crisis, and the main result is delaying action towards decarbonization and a shift to clean energy, as researchers from Lancaster University have so convincingly argued in a published article in Nature Climate Change.

As things stand, technological solutions to global warming are largely procrastination methods favored by the fossil fuel industry and its political allies. The carbon removal industry is still in its infancy, costs are extremely high, and the methods are unreliable. Nonetheless, both governments and the private sector are investing billions of dollars in the industry and attempts are being made to sell the idea to the public as a necessary step in avoiding a climate catastrophe. A Swiss company called Climeworks is just finishing the completion of a new large-scale direct air capture plant in Iceland, and a similar project is in the works in Norway with hopes that it would actually lead to the creation of “a full-scale carbon capture chain, capable of storing Europe’s emissions permanently under the North Sea.” South Korea is also working on a carbon capture and storage project that may become the biggest in the world.

In the U.S., Republican lawmakers have also been very aggressive in touting carbon capture and storage technologies since the introduction of the Green New Deal legislation by Rep. Alexandria Ocasio-Cortez and Sen. Edward Markey in 2019.

It all adds up. Relying on technology to attempt to meet climate targets at this stage of the game is meant to obstruct the world from moving away from the use of fossil fuels. If we emphasize those false “fixes,” we are simply quickening the pace of a complete climate collapse with utterly catastrophic consequences for all life on planet Earth.

Our only hope to tackle effectively the climate crisis and save the planet rests not with technological solutions but, instead, with a Green International Economic Order. We need a Global Green New Deal (GGND) to reach net zero emissions by 2050. And this means a world economy without fossil fuels and the industry behind them that is destroying life on the planet.

Decarbonizing the global economy and shifting to clean energy is not an easy task, but it is surely feasible both from a financial and technical standpoint, as numerous studies have shown. According to leading progressive UMass-Amherst economist Robert Pollin, we need to invest between 2.5 to 3 percent of global GDP per year in order to attain a clean energy transformation. Moreover, while 250 years of growth based on the use of fossil fuels have delivered (unequal) economic benefits to the world, a world economy run on clean energy will bring environmental, social and economic benefits. One major study released out of Stanford University shows that a GGND would create nearly 30 million more long-term, full-time jobs than if we remained stuck with what it calls “business-as-usual energy.”

The latest IPCC report, just like previous ones released by the organization, predicts disaster if we do not radically — and immediately — curb carbon dioxide emissions. But we know by now that we cannot rely on our political leaders to do what must be done to save the planet. Nor can we expect technology to solve the climate emergency. Carbon removal and carbon capture technologies won’t solve global warming in time, if ever. Only a roadmap calling for a complete transition away from fossil fuels will save planet Earth.

Pressures from below — led by those on the front lines, labor unions, environmental groups, civil rights movements and students — are our only hope for the necessary changes in the way we produce, deliver and consume energy.

And change is happening. We are moving forward.

Think of how a climate awareness protest by a Swedish teenager turned into a global movement. Or the impact that the Sunrise Movement has had on U.S. politics on account of its activism on the climate crisis within only a few years after it was founded. Or the fact that we have 20 labor unions in California (including two representing thousands of oil workers) endorsing a clean energy transition report produced by a group of progressive economists at the University of Massachusetts-Amherst. Or of the great work that the Labor Network for Sustainability is doing in engaging workers and communities in the mission of “building a transition to a society that is ecologically sustainable and economically just.”

The future belongs to the green economy. It can happen. It will happen.