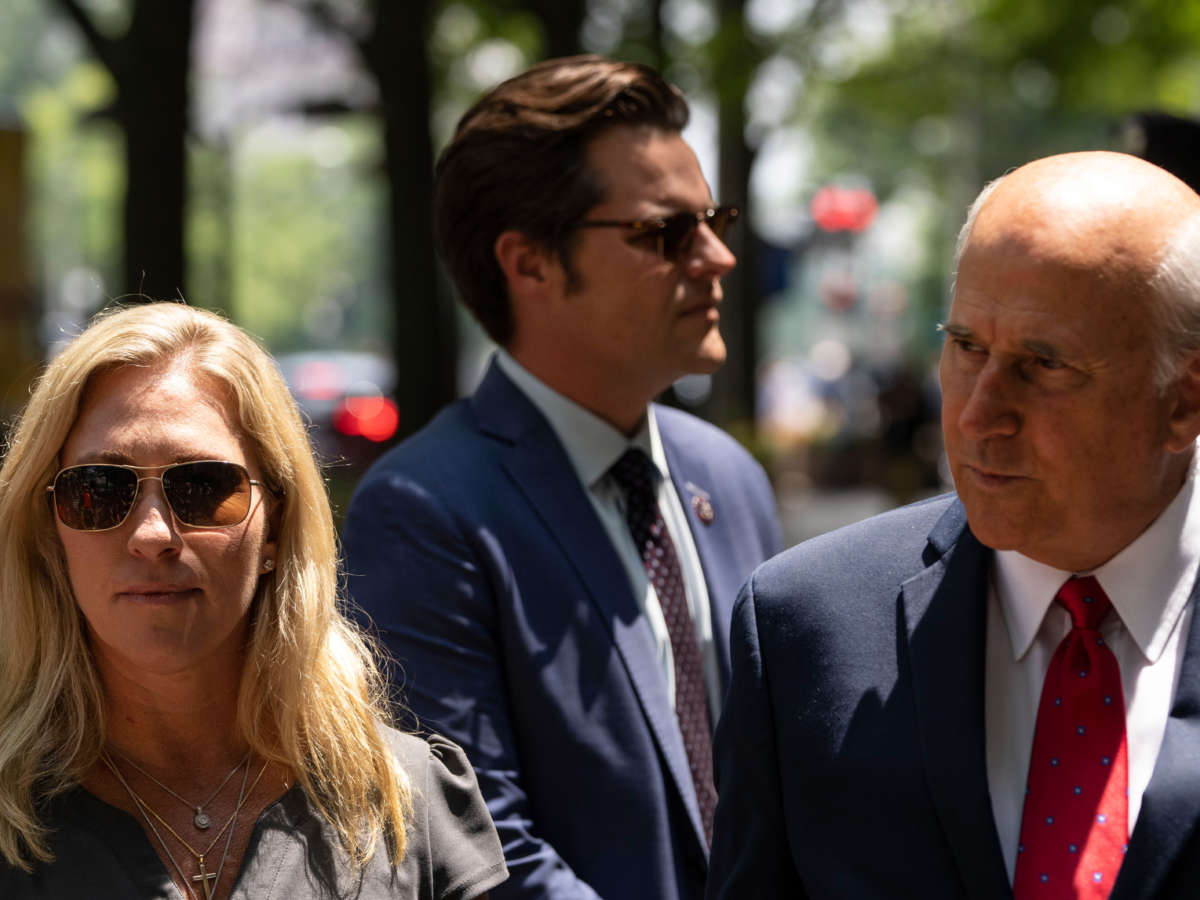 Nearly all House Republicans voted against a bill to provide funding to address the baby food shortage and prevent future such crises despite the GOP’s complaints over the past weeks about the White House’s approach to the issue.

The Infant Formula Supplemental Appropriations Act, which passed the House 231 to 192 on Wednesday, would provide $28 million in emergency funds to the Food and Drug Administration (FDA) in order to alleviate the current shortage and prevent future shortages. All 192 “no” votes came from Republicans, with only 12 members of the party voting with Democrats to pass the bill. House Appropriations Chair Rosa DeLauro (D-Connecticut), who introduced the bill, said that the funds are necessary to address the problem.

“This bill takes important steps to restore supply in a safe and secure manner. Additionally, with these funds, FDA will be able to help to prevent this issue from occurring again,” DeLauro said in a statement. “While we know we have more work to do to get to the bottom of serious safety concerns at an Abbott facility and the FDA’s failure to address them with any sense of urgency, this bill is the first step to help restock shelves and end this shortage.”

The Senate will take up the legislation soon, Senate Majority Leader Chuck Schumer (D-New York) said, adding that “We hope no one will block it. It is such an immediate need.”

The House also passed a bill on Wednesday that would expand the types of baby formula that can be purchased by people who benefit from the Special Supplemental Nutrition Program for Women, Infants, and Children, or the WIC program, which benefits low-income families. Only nine Republicans voted against this proposal, all of them extremist right-wing lawmakers.

Republicans opposed to the FDA funding claim that it wouldn’t address the shortage and that it politicizes the issue. The bill “does nothing – I repeat, nothing – to put more formula on store shelves or hold Biden’s FDA accountable for ignoring this crisis,” Rep. Guy Reschenthaler (R-Pennsylvania) said on the House floor ahead of the vote.

The FDA has indeed faced scrutiny over its delay in investigating a major recall that contributed to the crisis — but commissioner Robert Califf says that the FDA’s shortcomings in the crisis are largely due to a lack of funding and resources. DeLauro also emphasized the need to build up the FDA’s infrastructure in order to fix the problem. “FDA does not have the adequate inspection force to be able to do that and to do it in a timely way,” she said.

Despite their complaints, however, Republicans have offered little other than criticism in response to the problem. They have spent the last weeks criticizing the Biden administration for the problem, waging racist and xenophobic criticisms for unverified reports of baby food being offered in facilities located at the southern border. GOP lawmakers also held a press conference to criticize Biden for the issue while offering few solutions.

While Biden has faced legitimate criticism for not acting to address the shortage sooner, Republicans’ dismissal of steps taken by Democrats boost supply shows, perhaps, their drive to politicize the issue. Indeed, their own party may be partially at fault for the issue, as a trade deal that President Donald Trump approved in his last year of Congress imposes high tariffs and fees on baby formula imports — mechanisms that were enough to lead the U.S. to import zero tons of baby formula from Canada in 2021.

The monopolization of the baby food market may also be to blame, as progressive lawmakers pointed out in a letter this week. Four companies control nearly 90 percent of the U.S. baby food market, with Abbott Nutrition, which recently issued a large recall of formula products, controlling about 20 percent of it.

Supply chain issues also factor into current shortages, and Democratic lawmakers are also scrutinizing financial activities and safety violations by Abbott in helping to cause shortages.

On Wednesday, the president invoked the Defense Production Act to ramp up domestic manufacturing to increase supply. In an attempt to speed up imports of formula, Biden also directed his administration to begin using commercial aircraft to transport FDA-approved formula to the U.S. from overseas.